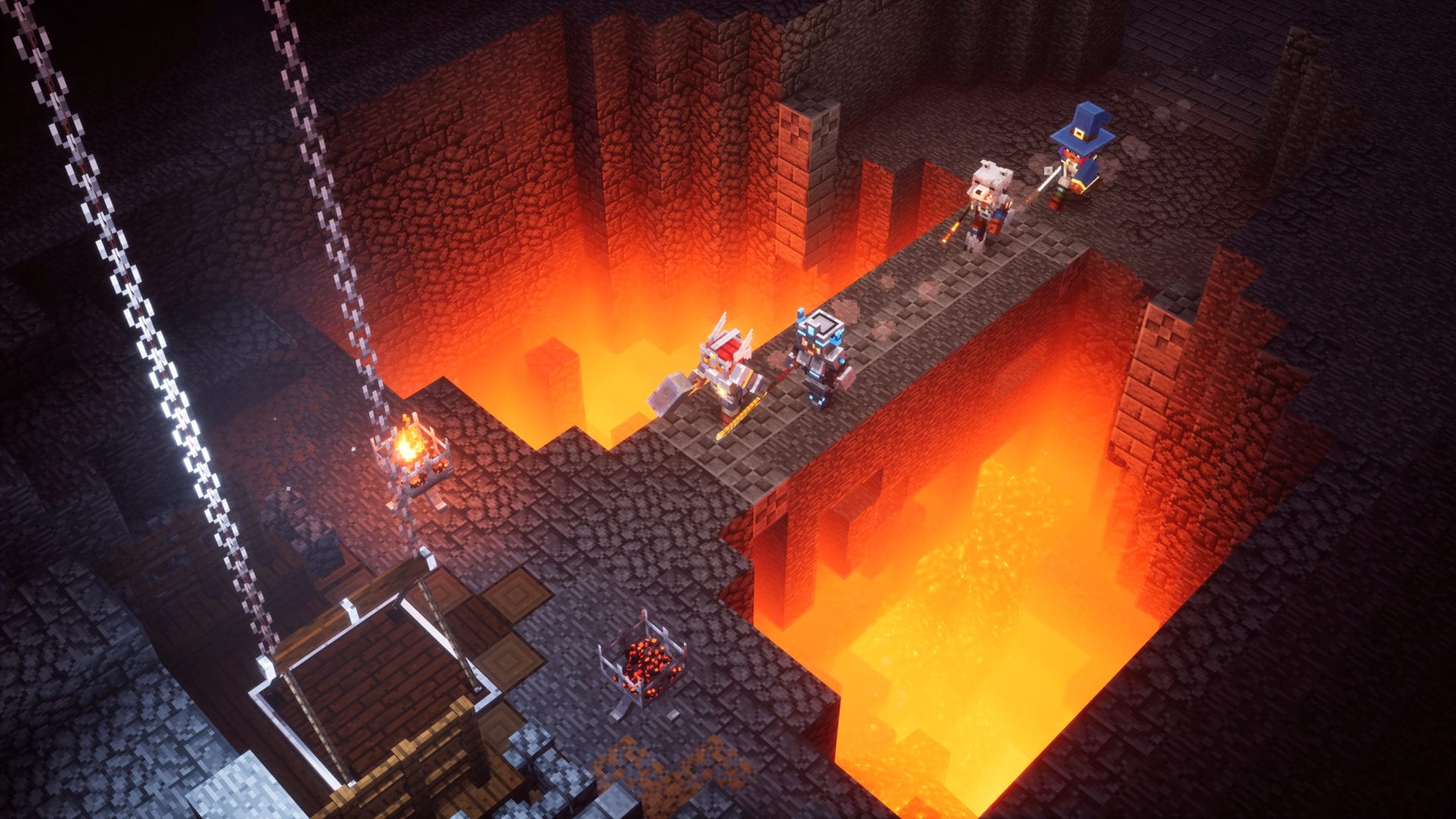 Your character, also called your ‘Hero,’ unfortunately cannot be customized to a massive extent. When starting the game, you’ll be given the choice of creating your character. You’ll enter your name and then be given a selection of preset character skins to choose from.

Simply scroll down the list and select the character skin that works best for you. Press A on Xbox One, X on PS4 or A on Switch to confirm your choice.

To change your character’s appearance after initially choosing one, return to the main menu screen where your hero is standing by a campfire.

Select the character whose appearance you want to change and press Y to ‘Switch Hero.’

On this next screen, press Y again to ‘Change Skin.’ This will now bring up the full list of character skisn you can choose from.

Simply select the one you want and press A to confirm your choice.

Can You Get Custom Skins in Minecraft Dungeons?

At this moment in time, you cannot get custom skins in Minecraft Dungeons.

That being said, be prepared for more character skins and potentially customization options to come to the game further down the line. We already know that two lots of DLC are planned for Minecraft Dungeons bringing new levels, tougher enemies, and better gear to earn as rewards. There’s always a chance we may get more character skins, or the option to import custom skins into the game (on PC) as part of these, too.

That’s everything you need to know about custom skins in Minecraft Dungeons and how to change character appearance. Search for Twinfinite for more video game guides, or check out more of our coverage on the game below.