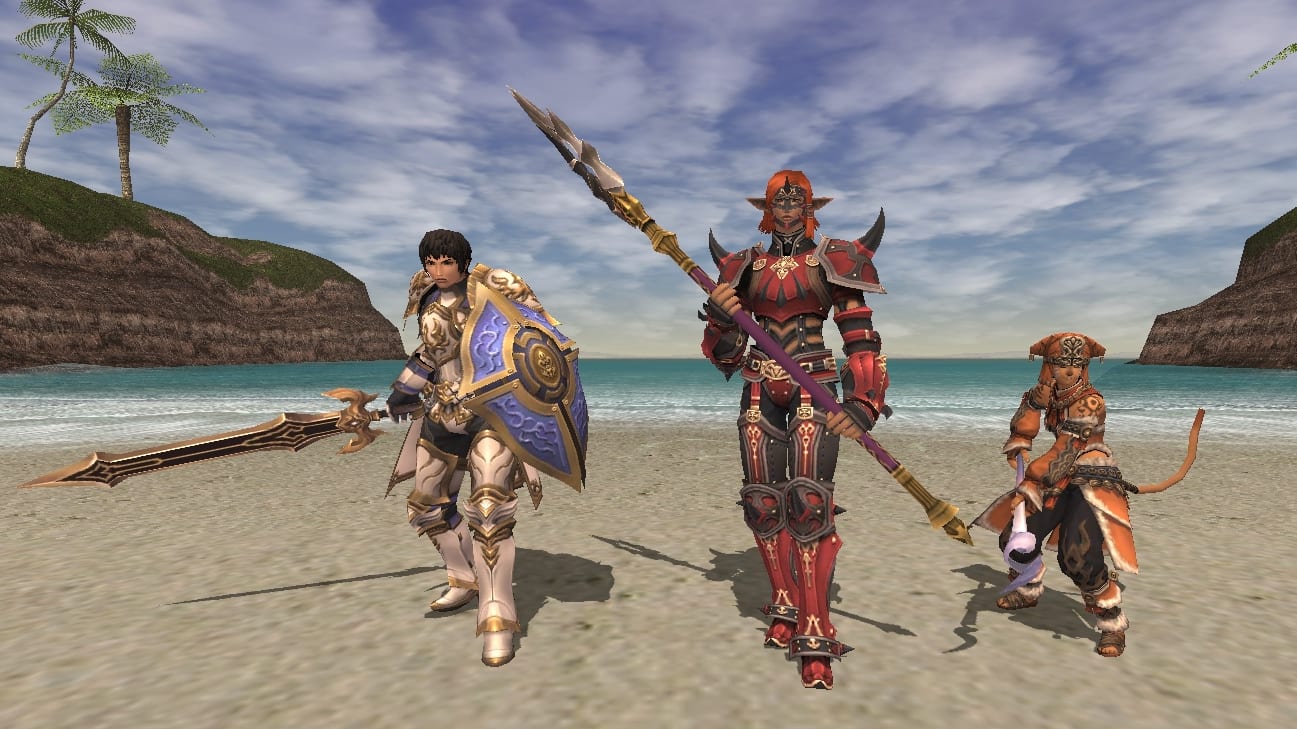 We’re starting to reach uncharted territory in Final Fantasy XIV in the sense that there aren’t a ton of obvious classic job candidates to pull from when the next expansion rolls around. Between Red Mage, Samurai, and Dancer, all of the most glaring omissions have been added in the previous two expansions.

That said, there are still a few mattresses to look under. Final Fantasy XI, because of its more open-ended combat, is no stranger to very creative jobs that are able to do extremely niche and unique things on the battlefield. While most of them would not translate over to Final Fantasy XIV 1:1 well, there are some unique ideas there that Producer Naoki Yoshida and his team could draw from.

In Final Fantasy XIV, every tank is designed to handle anything thrown at them. In Final Fantasy XI however, tanks are more specialized for certain situations. The Rune Fencer is built to be the master of magic defense as it can use runes to create wards against specific elements.

For example, using an Ice rune would protect you from the element that Ice is strong against (Wind) and provide you resistances against any debuffs that are tied to Wind, such as Silence, that you could also share with the party. These runes would also give you offensive capabilities as well.

When infused with said Ice rune, your attacks gain an Ice-damage additional effect and you can expend all of your runes (you can charge up to three to increase the effect or mix and match elements) for a big burst of damage, or you could use them to plant a debuff on an enemy.

The concept of charging up elemental runes is an interesting one that can be reused but altered to fit the more rigid world of Final Fantasy XIV.

Also, runes could still easily be used as a damage dealing mechanic, adding elemental damage to physical swings that ratchet up in intensity as more charges are added through some kind of rotation.

Defensive Rune Fencers could play as a tank with buff/debuff elements. A rotation could include a trip through all of the runes which could hinder the enemy for a short time in some way while buffing nearby party members as well.

The easier route would be to just repurpose it into a DPS class that perhaps resembles Final Fantasy V’s Mystic Knight more than Final Fantasy XI’s Rune Fencer. This is probably more likely than it ever coming over as a tank because of how complex a job it is in Final Fantasy XI.

I would also love to see Final Fantasy XIV think a bit more outside the box when it comes to how tanks operate, though I admit it’s hard to do within the confines of Final Fantasy XIV’s rigid balance.

Of all the remaining classic Final Fantasy jobs that have yet to appear in Final Fantasy XIV, Geomancer probably has the most juice both from a popularity standpoint and a lore standpoint.

That’s because Geomancers already exist in Final Fantasy XIV. They appeared in various cutscenes during the Astrologian job storyline and in a dungeon during Stormblood as NPCs.

What’s interesting though is that the community consensus appears to be that it will arrive in some form as a healer. Personally, I don’t see it. It’s never been a true healer in any game it has ever appeared in and a lot of the logical lore real estate that would explain how a Geomancer could heal is taken up by Conjurer/White Mage.

Since that’s likely out of the question, unless the devs want to completely depart from what they have established in Final Fantasy XIV, I see a caster Geomancer that is inspired by Final Fantasy XI’s take on it being more likely.

In Final Fantasy XI, Geomancers have two roles: support and light-damage dealing. They are able to place powerful auras (called Luopans) through their bells that can give alliance-wide buffs and debuffs to enemies, which can be enhanced through a variety of abilities that have a Geomancer flair, such as standing at specific cardinal direction.

When they aren’t doing that, they can cast Black Mage-lite spells to chip in with some respectable elemental damage.

That said, a job that mirrors some of Black Mage’s pure casting role, with some more creative or specific elemental spells than just Fire, Thunder, and Blizzard, that takes extended breaks (similar to Dancer) to plop down some powerful party-wide buffs with their bell could be something that fits in nicely in Final Fantasy XIV.

Puppetmaster takes the cake as the most creative and unique job that the Final Fantasy XI dev team ever came up with. Puppetmasters are able to build their very own automaton using various parts and then actually program the AI of the puppet by picking from various attachments that influence behavior.

The result is a job that can be customized to do all sorts of things such as heal, tank, cast elemental spells, or fire arrows. While it’s in a decent place now after recent balance changes, for most of its life in Final Fantasy XI it was a jack of all trades but master of none.

Still, the dev team deserves some credit for coming up with something very fun that stands out from any other class I’ve seen in an MMORPG.

As a limited job though, where it can function as a glorified mini-game to let you get creative and tackle some old content, now that could work.

Blue Mage in Final Fantasy XIV is still in rough shape because it doesn’t really live up to the fantasy of being insanely overpowered as a lot of its spells are underwhelming.

Puppetmaster’s appeal would rely less on power like Blue Mage, but more about putting together your very own companion to explore the world with. And in this case, as a limited job, it has room to be even more creative with parts and attachments since it doesn’t need to worry about fitting into an endgame party.