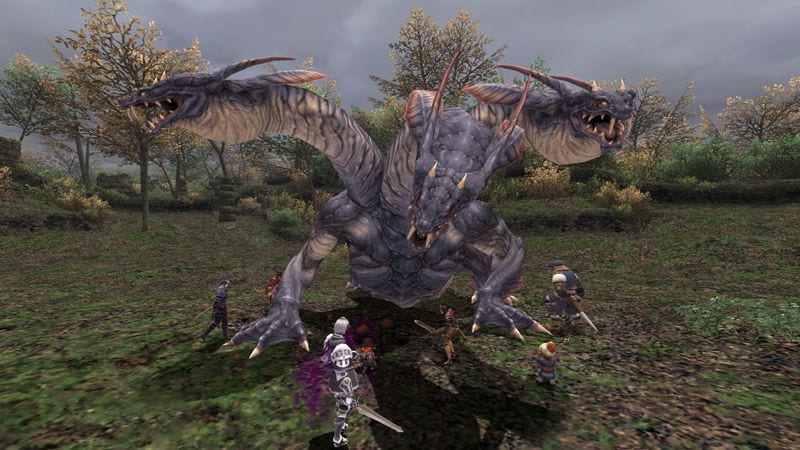 With a little bit under 500 days of playing time, you could say that Final Fantasy XI captured my attention at the very least. I stuck with it from launch and I’m still subscribed in 2020.

In May, Final Fantasy XI is going to be celebrating its 19th birthday, a major accomplishment in the hyper-competitive MMORPG space. There’s so much, both good and bad, to reflect on over 19 years and a lot to look forward to as well with the 20th anniversary surprise around the corner. Even in the short term, Final Fantasy XI continues to receive regular monthly updates featuring content such as new battle areas and summons.

I was looking forward to meeting with producer Akihiko Matsui and director Yoji Fujito at PAX East this year to talk about 19 years of Final Fantasy XI.

Unfortunately, the outbreak of COVID-19 forced us to cancel our previously scheduled face to face interview. However, Matsui-san and Fujito-san were kind enough to still answer a few of the questions that I had planned. Hopefully, when we are all through the other end of this pandemic, we can have another opportunity to meet.

For now though, please enjoy the insight into the earlier years of Final Fantasy XI from two of the key developers that helped make it such a huge success.

Ed McGlone: No MMORPG makes it to nearly two decades of service without doing something unique and special. Could you please tell me a little bit about what makes Final Fantasy XI stand out, special and successful all these years?

Producer Akihiko Matsui: Final Fantasy XI was a project on which the company placed its technological prowess and pride on the line, and we created a solid foundation and infrastructure for it. That being said, our original target was for the game to have a good five-year run.

In actuality, we were also bolstered by good fortune, particularly in Japan, where the ability to play on a consumer console like the PS2 was a huge benefit. Additionally, Final Fantasy XI was many players’ first foray into an MMO, and that is certainly one of the reasons why they have been playing for so long.

For our overseas players, there were many other MMO options, and the reasons for choosing Final Fantasy XI are likely as numerous as there are players, but I believe that love for the Final Fantasy franchise played a large role.

Finally, I believe that players of all nationalities have stuck with us because we have continued to give our utmost in pushing updates continuously, not just at launch.

Ed: Could you talk about your memories of the North American release? I’m sure it was a very nervous time for everyone on the team. What were your fears and aspirations?

AM: When our overseas players first visited Vana’diel, I hung out in Ronfaure and formed parties with many of the players I met there. People hopped in and out of the party, and we made our way to King Ranperre’s Tomb, where we were unceremoniously wiped—a memory I will always treasure.

Our Japanese player base certainly would never have been that adventurous at that low of a level. We had envisioned launching the game in English, German, and French from the start of the project, so we wanted to design the game to make sure that all resources were available in all regions. When the process of actually localizing the game began, we ran into various issues regarding language-specific characteristics, and continually rewriting the VBA (Visual Basic for Applications) programming language was a monumental undertaking.

Director Yoji Fujito: I was involved in every aspect of the game’s communication systems, so from an early stage  I was very aware of the difficulties facing players from North America joining world servers that were already up and working—the language barrier, if you want to call it that. The problem had previously played out in other incredibly popular MMOs like Ultima Online and Everquest: Japanese players wouldn’t respond if you started talking to them.

We hoped to resolve this issue for FINAL FANTASY XI before it became steeped in the game’s culture. Even though most Japanese people study English in middle and high school, the vast majority don’t have much experience with practical English conversation. As such, I put forth a lot of effort into making sure that there were systems in place for those players to engage in some level of conversation so that they could get their point across.

Ed: Another aspect of Final Fantasy XI that is very unique especially in its earlier years, were the game’s hidden optional areas such as Tu’Lia and Al’Taieu along with the hidden difficult bosses such as Kirin and of course the infamous Absolute Virtue.

Many fans that stuck with Final Fantasy XI felt this was a very positive thing that rewarded them with something very memorable, while many of course never got to see it. Is this something that you or anyone on the team regrets or do you think it was a good thing overall?

AM: Personally, I feel that the world of an MMO should be so vast that you can never see absolutely everything in it. I also think there should be a lot of hidden elements and easter eggs in order to increase the importance of communication between players.

YF: Those areas open up as you proceed with the main storyline, so I’m not sure how hidden they really are, but I would definitely agree that at the time they were definitely not a place that a solo player would venture if they wanted to survive. It was end-game content back then, with the area’s NMs being woven into its design.

As an MMO, Final Fantasy XI was not designed to be a game one can completely explore solo. We intended it to be an experience you enjoy fully by working with others. Players who enjoy this type of experience definitely have good memories, whereas those who wanted to strictly [play] solo probably threw up their hands in frustration and left. When viewed in that light, I feel bad for those players who were unable to experience those elements later in the storyline when they were current content.

As such, our current design policy is to balance content such that players are able to enjoy it without feeling like the difficulty is so punishing that even attempting it is an exercise in futility.

All that being said, Final Fantasy XI’s previous design philosophy has helped get us to where we are today, for better or for worse, so we have to cherish our past as we look forward to the future.

Ed: Speaking of Absolute Virtue… Can you please share with me what was going through the minds of the members of the development team during these years where the strategy to defeat Absolute Virtue remained a mystery to players?

Did it torture the developers that players weren’t figuring it out? How tempted were you to just give the secret away over the years? Or, did you secretly enjoy torturing us and watching us suffer at the hands of Absolute Virtue?

AM: Absolute Virtue was created based on a request from Tanaka-san to create an enemy that could be defeated in theory but not in actuality. All our other monsters that were really, really hard but not invincible, were always obliterated the moment they were released. In that respect, Absolute Virtue was the exception. I certainly didn’t enjoy watching players suffer through it!

Ed: The Wings of the Goddess expansion, ultimately, I believe is remembered by many fans as one of the best storylines added in Final Fantasy XI. However, the amount of time it took to fully release turned off many players and, at least from my perspective as a player at the time, was a point where many long-time players started to lose interest.

Could you tell me a little bit about what was going on behind the scenes during Wings of the Goddess that led to such a long period of time between story and content updates? Was it a deliberate choice or were there constraints that players weren’t aware of at the time?

YF: It was an issue of how quickly we could create the story. Any time we deal with past events, we are filling in a backstory that has to be consistent with the existing lore and verifying that everything matches up takes a tremendous amount of time. Additionally, the number and quality of cutscenes we added only increased from expansion pack to expansion pack, and the work that had to be put into creating the story increased as a result.

When people say that they enjoyed the story, much of the praise we got revolved around the way the story was expressed, particularly in animations and the like that aren’t necessarily related the actual text itself, and the amount of work-hours put into ensuring they were high quality is difficult to overstate.