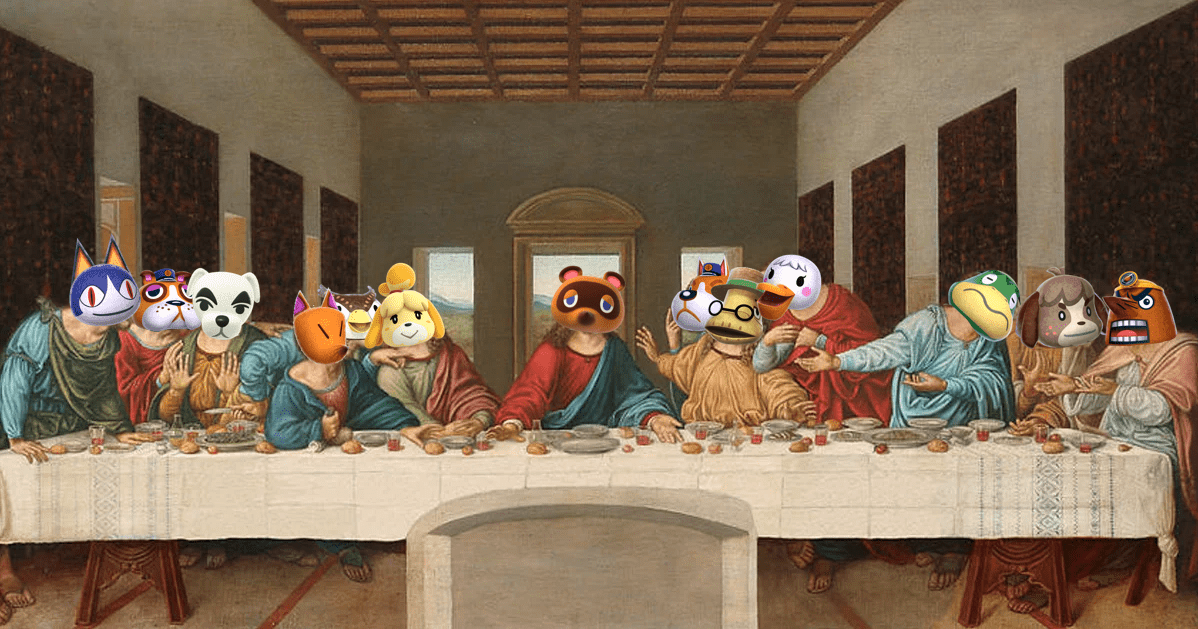 In case you weren’t tipped off by the fact that there are currently eggs absolutely everywhere, Animal Crossing: New Horizons is in the midst of its first seasonal event in the form of Bunny Day.

With plenty of opportunities to craft garish furniture flanked by an ever-present rabbit fiend who watches your every move, it’s just the kind of whimsical fun the series is famous for.

There are, of course, several holidays to look forward to as the days tick by, but as we are an entitled group that is never fully satisfied, we expect, nay, demand as many holidays as humanly (or animally) possible. If Nintendo is scratching their heads as they try to come up with some suitable candidates, we’re more than happy to help them out with these marvelous suggestions.

Oh wait, hold still, Nintendo! That itchiness might actually be a flea…

March 23, 1989, was the day an enormous asteroid came 500,000 miles from colliding with the Earth, a close call that could have had disastrous consequences. As a result, that date has been anointed Near Miss Day, in remembrance of the time we all almost died horribly.

How did you celebrate Near Miss Day last week? I stared into the void and cried myself to sleep, a rare event that is normally reserved only for Wednesday through Sunday!

Meteor Day is already an Animal Crossing staple, allowing you to sit peacefully out in the fields as you watch shooting stars drift across the sky, but Near Miss Day has the chance to become much more exciting, carrying a sizeable chance that one of those asteroids will strike your island and kill everyone in an instant.

Instead of the forgettable Wishy sending you sweet nothings in the mail, you’ll get a menacing letter from Deathy, whose messages are haunting, and whose stationery is excessively beveled.

Though it may sound more like the name of a pleasant Welsh accountant who enjoys a spot of brandy on occasion, Mari Lwyd is actually a rather macabre tradition that occurs late in the year, around the Christmas season.

It entails groups of people galavanting about the neighborhood, singing jolly carols — that’s the normal part — with one of the party members being disguised in a robe while brandishing the skull of a horse. That’s the slightly less normal part.

Obviously, Animal Crossing has never explicitly referenced Christmas, opting instead for Toy Day, the home-brand version that probably breaks as soon as you take it out of the packaging. This leaves a perfectly reasonable chunk of time before New Year’s celebrations for Mari Lwyd to make its horrifying debut.

This would be especially chilling if you had an equine villager like Colton or Reneigh, who would undoubtedly be murdered in order to become the eponymous holiday horse. A worthy sacrifice, I’d say; they’re both jerks, and would be much better off repurposed as a festive singing ghoul.

Alright, I’ll confess, I misunderstood the meaning of this day when I happened upon it. What it’s intended to be, is a time where you set about doing all the things you’ve been putting off, thereby becoming efficient and finally achieving something worthwhile.

Imagine that: your neighbors Cesar and Octavian are about to have a huge throwdown, then dong! The clock strikes midnight, and as soon as Sep 6 starts, they’re forced to adhere to a tense armistice, spending the next 24 hours staring at each other maliciously.

Taking it even further, you, as the cherished resident rep, can be the only person on the island not upholding this rule, recklessly bopping noggins with your net. What a time to be alive! At least until the next Near Miss Day, anyway.

Following on from Valentine’s Day and the Asian tradition White Day, Black Day is a fantastic occasion where people basically celebrate being forever alone.

The former two being an opportunity for couples to lavish gifts of love and adoration upon one another, Black Day takes that principle and spites it massively, allowing singles who didn’t receive any gifts to have a day of their own.

They do this by… dressing in black and eating jajangmyeon noodles. Which is almost as good as a fulfilling relationship, right?

Undoubtedly, in Animal Crossing, this would likely mean spending the entire day with the cranky and snooty neighbors — the resident douchebags that nobody would ever want to love. If that doesn’t sound like your cup of tea, should you see them adorned in dark tones and making a beeline towards you, just run the other way as fast as you can.

Remember that asshat Biff’s birthday? He looked so smug with his candles and his fancy little hat, and he seemed aghast when he unwrapped the college cardigan I had thoughtfully gifted him. You’d think he would have loved it — he gave it to me just last week!

That’s why It’s My Party Day would be the perfect opportunity to get back at that smarmy hippo. It’s a day where you party for no reason other than sheer necessity, and I’ll show him who’s boss by inviting literally everyone I know except him.

Of course, I just moved here, so that’s like, five people (two of them are kids and my caseworker says I should stop inviting them to my house) but still! His face will be so red when he realizes he missed out on the hootenanny of the millennium.

If you’re not quite so goal-oriented (read: petty), It’s My Party Day would be a suitable Animal Crossing holiday insomuch that you get to go crazy with a gathering of hamsters, ostriches and elephants. It’s like the acid trip you’ve always been eager to experience but too nervous to commit to.

…Look, your neighbor Rosie has been asking a lot of questions, the least you could do is put aside a day to actually bother answering them.