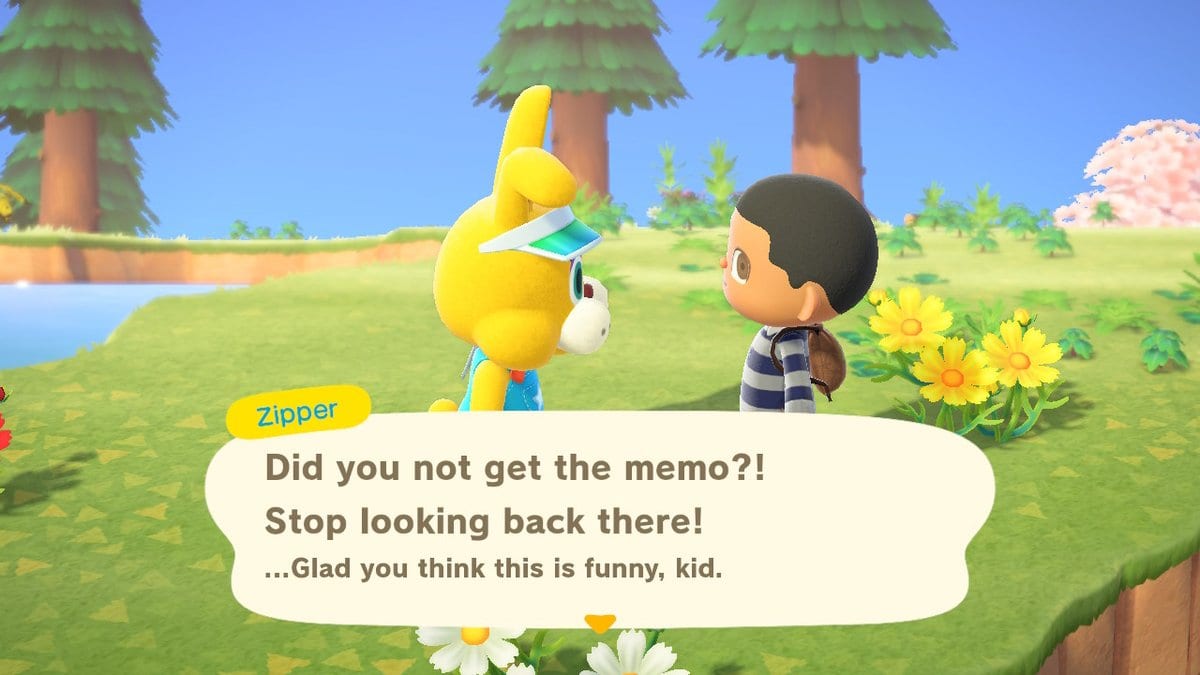 It’s the first day of April which means that it’s now officially Bunny Day in Animal Crossing: New Horizons. What does that exactly mean, you say? Well, I’m glad you asked.

For a couple of days, you will start to see hidden eggs all over the place on your deserted island. They’ll be hidden in trees, in the water posing as fish, and even disguised as rare fossils. And once you get ahold of them, you can take them to a terrifying bunny named Zipper that might not be an actual animal…

You see, Zipper says its a bunny but there’s a zipper on its back and players are trying to figure out just who the heck is inside of the costume. Is it Isabelle dressing up to appease the villagers? Is it Timmy and Tommy standing on top of each other? Is it a murderous animal that has snuck its way into your town?

The latter is more likely.

Anyways, this whole Bunny Day thing is all fun and everything but Zipper is absolutely frightening and I’m not the only one who thinks so. I found a bunch of people on Twitter who want him out of their island and are figuring out ways to get close to that zipper of his.

Have you been able to find out who is inside Zipper the Bunny? If so, please let us know… please!