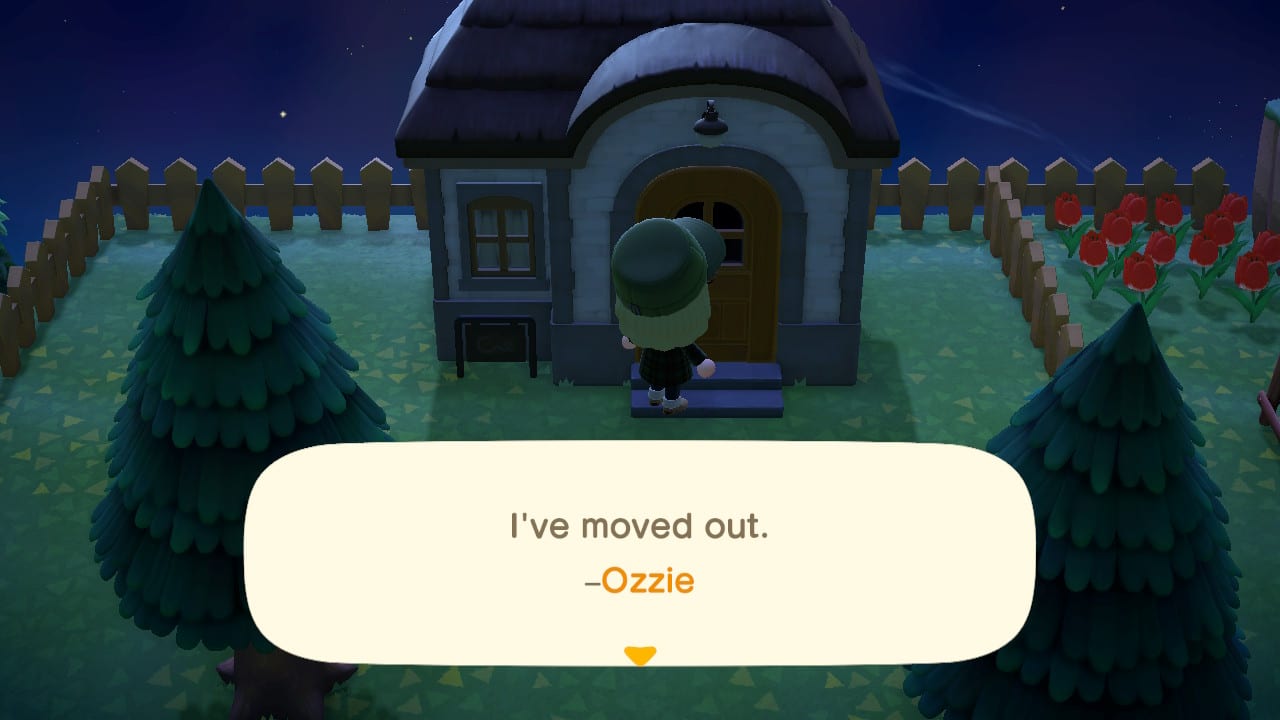 Animal Crossing New Horizons is often described as being a chill, carefree game with a wholesome community and very little stress overall. You play as a human living day to day life on a deserted island with a group of animal friends, so it must all be cute and innocent, right?

Let me be the one to inform you: that’s not the case at all. There’s a secret dark side of Animal Crossing that not every fan sees.

In the depths of the game’s fandom, you can find a portion of the New Horizons community involved in black market schemes. Instead of watering their flowers and catching bugs as any normal person would, these players are trading items, DIY recipes, and… villagers.

Yes, there is an underground market for buying and selling the animal villagers that people have living on their islands. In the darkest corners of the internet, websites like Nookazon and r/AdoptMyVillager on Reddit exist with the sole purpose of hosting these unscrupulous transactions.

For the uninitiated, Nookazon allows you to sort through listings for items or villagers that people have for sale and lets you post your own for others to make offers on. Reddit’s r/AdoptMyVillager is similar, but it’s specifically intended for exchanging bells for a villager who is about to move away from a person’s island.

When I learned about these websites, I scoffed at the idea of buying and selling villagers. Sure, I could use Nookazon to find some furniture items that I needed to finish the living room I’ve been working on. But including actual villagers in a trade felt a bit dirty, didn’t it?

After all, we’re talking about the animals I’ve been talking to every day for the past month, the ones I’ve been building up friendships with by sending them letters and gifting them fashionable clothes from the Able Sisters store. They even threw me a birthday party, for crying out loud—how could I possibly sell them to the highest bidder?

Enter Ozzie. Ozzie was an adorable koala villager who I had invited to live on my island during my first week with New Horizons. I met him on an island tour and decided to ask him to live in my town to keep my other koala villager company.

I guess Ozzie didn’t like living on my island very much, because last week, he told me he was moving out in order to expand his horizons. That’s okay! I was sad, but I let him go. I’m not the mayor I once was in New Leaf; I didn’t want to try and control who lives on the island too much. I bid him farewell, and so he started to pack his belongings into boxes.

Later that day, I was casually checking Nookazon to see if there were any good wallpapers I could buy from someone when curiosity struck me. I wondered… how many bells would someone offer to pay me to adopt Ozzie? Ten thousand, maybe? Would someone want him enough to pay fifty thousand?

I decided to list Ozzie on Nookazon, just to satisfy my curiosity. I wouldn’t actually sell him… I just wanted to see if anyone would bite. I uploaded his picture, marked the listing as “make an offer,” listed my Discord contact information, and went about my day.

I completely forgot about the listing until a few hours later when I received a message on Discord from someone I didn’t know. He was asking what I wanted from him to buy Ozzie. I simply told him to make me an offer.

One million bells, he replied.

My heart must have stopped. One million bells to buy Ozzie? Could I really say no? Of course not! I opened the gates for the person to visit my island, accepted his bells, and allowed him to invite Ozzie to go and live with him.

Look, I’m not proud of what I did. But Ozzie was moving out whether someone adopted him or not, so surely it was a win-win situation for everyone involved. Someone gets a villager they love, Ozzie gets a new home, and I get one million bells.

After that experience, I looked a little closer at the New Horizons villager trading community. Turns out, Ozzie isn’t even one of the most popular villagers on the market. The most beloved animals like Raymond, Marshal, and Fauna can sell for 10 million bells or more.

For a game that is meant to be relaxing, some people in the Animal Crossing community go to pretty extreme measures to get the villagers they want the most in their game. Is it the wrong way to play, or are they simply doing it out of love for their favorites? I’ll let you decide.

As for myself, I’m not sure if I’ll have the heart to do it all over again if another one of my villagers decides to move out. I might be tempted, though… for a small price of one million bells.