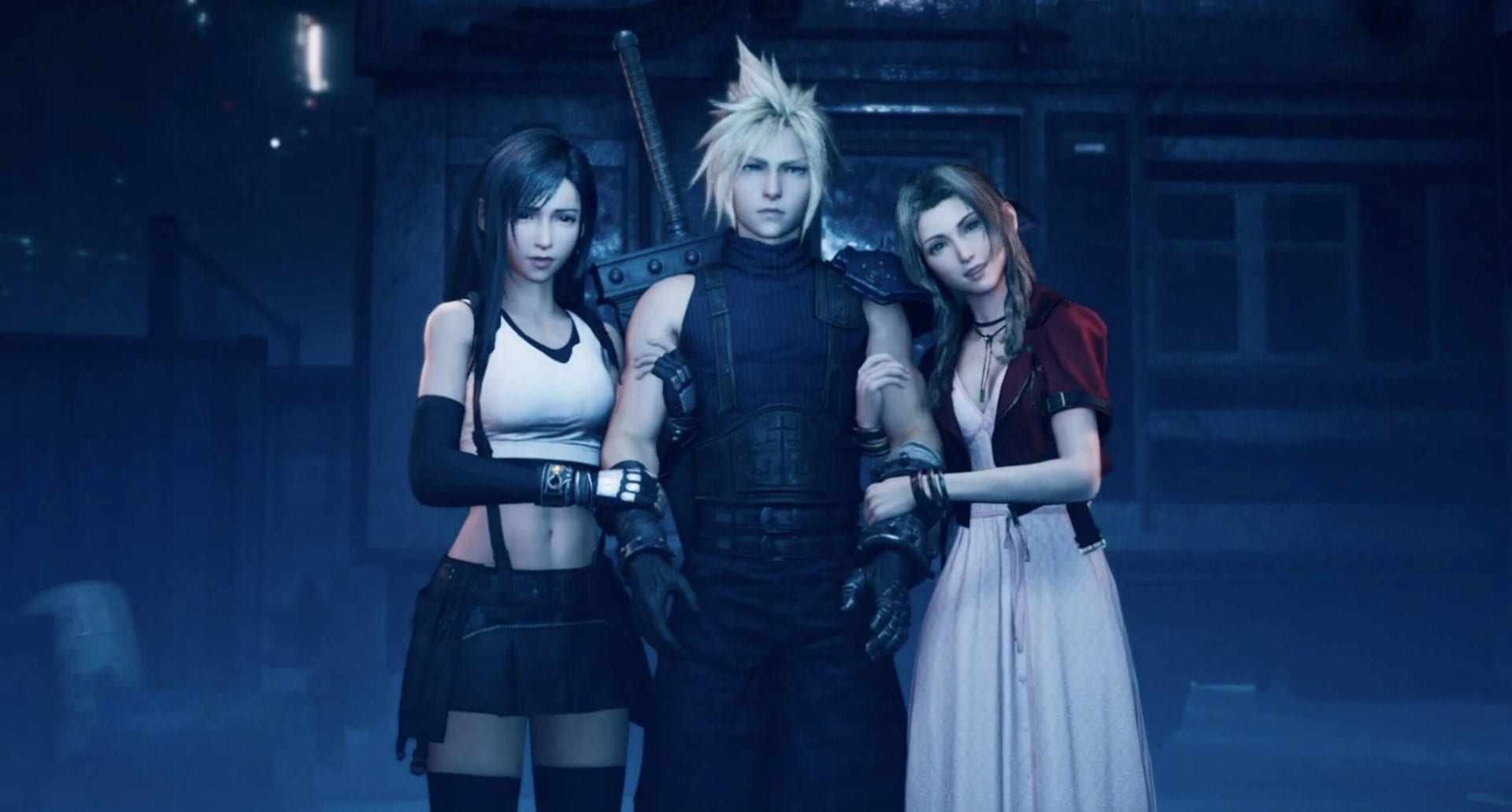 So you’ve beaten Final Fantasy 7 Remake and can’t get enough of the game? Well, that’s what the Hard Mode playthrough is for. Unlocked after clearing the campaign, Hard Mode allows you to play through the entire game again with tougher enemies, as well as a couple of additional restrictions that make the experience a little more challenging. Before you jump in, though, here are a few Final Fantasy 7 Remake Hard Mode tips to give you an easier time going in.

Before we get into the tips proper, let’s go over some of the major changes in this difficulty setting:

With that in mind, it’s going to be very important to make sure that you have the right Materia on you at all times, along with a healthy MP pool to keep your party topped up.

Get the EXP Up and Gil Up Materia

If you haven’t already, jump back to chapter 16 before starting your Hard Mode playthrough, and go to the Recreational Facility in Shinra HQ. Take on the combat simulator missions there to get the EXP Up and Gil Up Materia as rewards.

EXP Up can only be equipped on one character at a time, so put it on Cloud until he hits level 50, then pass it on to the next character. Levels won’t matter that much in terms of helping you survive (it’s all about your weapons and Materia), but it’ll at least give you a stat boost. You want to hit the level cap on all your characters as soon as possible before you start getting into the end game bits of your Hard Mode playthrough.

After beating the game, you get double exp and AP, so you should be able to hit the level cap quickly.

The Gil Up Materia isn’t as essential, but doubling your Gil earnings will ensure that you’ve always got a good bit of money to spend on any additional Materia orbs and accessories you need. This isn’t that important, though, since items are completely worthless in Hard Mode.

Hopefully you’ve already gotten all available weapons for each character in Final Fantasy 7 Remake on your first run; if not, it might be a good idea to revisit some chapters on Normal difficulty first to grab them.

Try to master every ability for every weapon on each character, and then you can start to focus on which weapon you’ll want to carry with you for the Hard Mode run.

At this point in time, you should have gotten enough SP to max out some of your weapon upgrades, so do that when you can.

While the Buster Sword is cool and all, having a total of only four Materia slots by the time it’s fully upgraded is a huge downside. Its final upgrades aren’t that impressive either, and you can definitely do better with Cloud’s other weapons.

The Twin Stinger, for instance, is our current go-to weapon for Hard Mode. It’s balanced for both physical and magical attacks, just like the Buster Sword, even if its stats are a little lower. However, the Twin Stinger also boasts decent MP regeneration rates for Cloud –which is absolutely crucial for Hard Mode– as well as MP stat increases. This weapon is definitely more magic-focused than the Buster Sword, but that’s fine, because magic is essential for Pressuring enemies anyway.

The Twin Stinger also comes with the Counterstance ability, which is extremely useful for mitigating damage when facing a large group of enemies. By using Counterstance, Cloud enters a parrying stance for a few seconds, and will immediately retaliate when an enemy tries to attack him.

For the other characters, the Sonic Strikers seem to be a good choice for Tifa because of the Materia slots available and its decent speed stats, while Big Bertha is a nice fit for Barret with both Materia slots and HP buffs. Weapons with extended buff durations are also great, as you’ll likely be putting Haste and Barrier on your characters during most battles.

Try to Get Elemental Materia on Everyone

One of the biggest Final Fantasy 7 Remake Hard Mode tips we can give you is to Pressure and Stagger your enemies as quickly as possible. Most of the time, you can do that with magic spells. However, casting spells costs an ATB charge, and sometimes you might need that for emergency healing and revivals.

To get around that, consider putting an Elemental Materia on each character’s weapon, and link it with a magic Materia orb. For instance, putting Elemental and Lightning in linked slots on Cloud’s weapon lets him deal thunder damage with basic attacks, which is especially useful against most of the Shinra enemies. You’ll be constantly swapping out that magic Materia in your linked slots as you go up against different types of enemies, but it can save you a lot of time and ATB charges when trying to Pressure.

Cloud and Tifa are definitely the priorities for the Elemental Materia if you can’t get them on all your characters, as they’re the best ones to focus on Pressuring enemies and getting that Stagger bar filled.

Even the simplest enemy encounters can be a massive pain while playing on Hard Mode, and when you start getting to tougher enemies with larger health pools, you’ll need a better way to deal damage. To that end, it’s worth noting that poison is a massively underrated tool in Final Fantasy 7 Remake.

Most enemies in this game –bosses notwithstanding– are vulnerable to poison. Bio is good enough for most enemies, but if you earn enough AP for your Poison Materia, you can make use of Biora which deals moderate damage, and is a guaranteed poison proc. This lets you apply a guaranteed DoT on your enemies, allowing you to deal even more damage to finish up your battles quickly. Definitely make use of this.

You can always use the Assess ability to check an enemy’s resistances. Hopefully you’ve already analyzed most of the enemies during your first run and you can remove the Assess Materia, and just use the touchpad to bring up their info screen quickly.

In this section, we’ll go through some of the main essential abilities you’ll want to have on at least two of your party members at all times. While your magic spells and purple Materia orbs will definitely shuffle around as you progress, there are some mainstays that should always remain in your rotation.

These key abilities include:

Haste and Barrier are the big ones. ATB charges are absolutely essential in combat as they’re required for casting spells and using abilities to Pressure and Stagger, so by casting Haste on a party member, their ATB charge rate goes up pretty significantly. Aerith is a good member to have Haste on constantly, especially with her Pray Materia. This allows her to charge up ATB quickly, and she can pull off a good group heal in emergencies.

Barrier is also extremely important as it offers extra protection to your characters. Even regular enemies can hit very hard while playing in Hard Mode, and Barrier greatly mitigates the amount of damage you take.

Cure, Raise, and Esuna should be pretty self-explanatory. You can’t use items in Hard Mode, so all healing has to be done via magic. Poison effects will go away after each battle so Esuna isn’t that necessary in most cases, but if you know you’re about to walk into a mini-boss fight that uses poison, make sure to have a Cleansing Materia on someone.

Healing and Revival Materia orbs need to be on at least two of your party members, or all three if you have enough slots to work around with. If a character falls, your party gets seriously crippled, so you absolutely need to have a way to bring them back. The same goes for healing up, and having Cure spells on multiple characters ensures that everyone can share in healing duties and you’re not just reliant on one character.

Finally, the key to surviving dungeons in Final Fantasy 7 Remake on Hard Mode is to use your MP wisely. Only use your magic spells to Pressure enemies and build up their Stagger bars; once they’re Staggered, use abilities to build up the damage. You can cut down on magic Pressuring costs by, again, having the right linked Elemential Materia orbs on your characters so you can Pressure with just basic attacks.

While in dungeons, heal up your party before breaking Shinra crates, as most of those will restore your MP a little. Make liberal use of the benches you find scattered around, and don’t be afraid to return to them as many times as you need to survive. As mentioned before, equipping weapons with high MP regeneration rates in battle will also help you conserve your MP.

Those are all the Final Fantasy 7 Remake Hard Mode tips we have right now. Be sure to search for Twinfinite or check our guide wiki for more tips and information on the game.