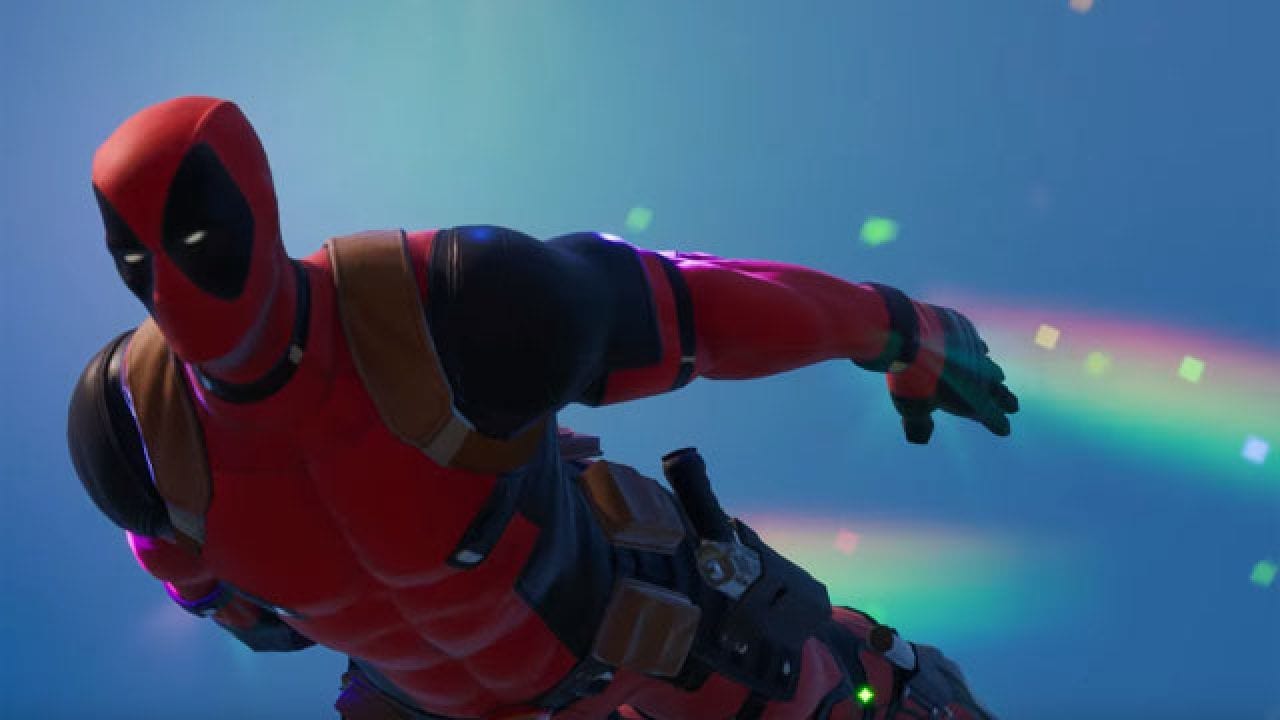 Once you’ve obtained Deadpool’s Big Black Marker from around the HQ in Fortnite, you’ll then need to dive into matches to deface Shadow and Ghost recruitment posters. You don’t need to deface a lot of them, and it doesn’t matter whether you deface three Shadow posters, or two Ghost and one Shadow. As long as you deface three of any, you’ll be all set. Here are some Fortnite Shadow and Ghost Recruitment Poster locations.

From what we’ve gathered doing a search around, you’ll be able to find at least one recruitment poster in each named location on Fortnite’s map. To help you pinpoint the exact locations of a few, however, we’ve screenshotted and broken down a handful of their locations below.

Holly Hedges has two different Shadow Recruitment Posters you can go and deface. The first can be found right by the Reboot Van, on the wall of the center building with all the flowers graffiti’d on it.

The second Shadow Poster hiding here can be found in the very southwest corner. On the small brick building in this corner, you’ll find a poster just to the left of the door.

Frenzy Farm also contains two Shadow Recruitment Posters. The first can be found on the east end of the large red barn in the north of this named location.

The second Shadow Recruitment Poster in Frenzy Farm can be found on the big farmhouse building right at the center of this named location. It’s on the exterior wall, right next to an old car and a dog house.

Slurpy Swamp has two Ghost Recruitment Posters for you to deface. The first is on the exterior wall of a building right in the northwest corner of the named location.

The second poster is found right in the center of Slurpy Swamp. Look for stairs going down to a lower level, and you’ll find the Ghost Recruitment Poster on the wall by a dumpster.

We could only find one Shadow Recruitment Poster in Pleasant Park. This can be found on the south side of the gas station on the east side of this named location.

Now you’re all set to go ahead and deface Ghost and Shadow Recruitment Posters in Fortnite. Head over to our wiki for more tips, search for Twinfinite, or check out more of our coverage below.