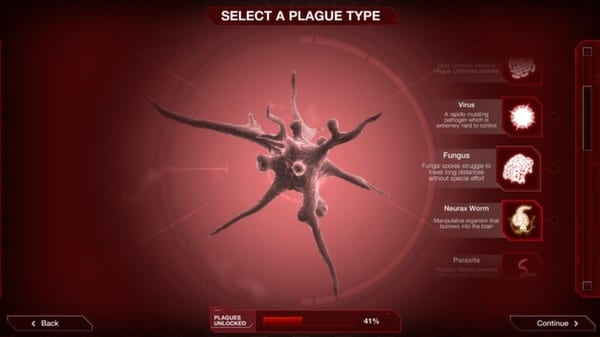 Bacteria is probably the easiest way to claim a victory in Plague Inc so you might want to turn up the difficulty a few notches. Let us help you on your quest for world annihilation. Here is how to beat Bacteria on Brutal in Plague Inc.

How to Beat Bacteria on Brutal in Plague Inc

If you’ve done one playthrough with Bacteria, then you’ve just about done them all. However, there are a few little snares here and there that will trip you up on the Brutal difficulty mode. It can be easy to beat Bacteria on Brutal if you pay attention to what’s going on.

When you’re first creating your Bacteria, you’ll first want to look at the options you have for your genes. You have four different slots to fill. Here are our suggestions for the genes to put into your Bacteria:

It’s important to note that Bacertia on Brutal isn’t impossible without these genes, but it’s made much easier. Still, it shouldn’t be too difficult to do it without the genes if you have a firm grasp on how Plague Inc works.

There’s a lot of debate about which country is the best place to start. South Africa and Saudi Arabia are both great starting options can you can’t go wrong with either. They’re both have direct sea or air access to many major nations and difficult to reach islands.

Just like any other Bacteria run, you’ll want to build up your modes of transmission to quickly infect the whole world, then go all out on deadly symptoms. Of course, that means you should also devolve any mutated symptoms until you’re ready to become deadly.

You’ll want to start out with water and air transmission and eventually go into Extreme Bioaerosol once you’ve maxed out water and air. Drug resistance is important as well so you can spread faster in countries with good medical care.

Hold off on using Genetic Reshuffle until you need to. I prefer to wait until the cure reaches a milestone like 25% complete to use Genetic Reshuffle. That may differ in your run depending upon how many people are left on Earth.

On the other hand, use Genetic Hardening in the early game. This will pay off in spades in the late game since the progress of the cure will move incredibly slowly. It will make beating Bacteria on brutal a walk in the park.

Once everyone on the planet is infected with your shiny new bacteria, then it’s time to start building up those symptoms. You can start with any basic symptom you want and build up from there.

Make sure you only do one basic symptom though. Don’t do Cysts, Rash or Insomnia. Just build up to the next tier of symptoms until you reach the major ones like Coma and Total Organ Failure.

As mentioned before, you’ll want to use your Genetic Reshuffle at crucial cure milestones like 25 and 50 percent. If you do that, then you should be able to wipe out everyone on Earth in any Brutal Bacteria run.

Here’s a quick summary of how to beat Bacteria on Brutal in Plague Inc:

That’s all there is to know about beating Bacteria on Brutal in Plague Inc. If you’re missing some achievements in Plague Inc then check out the full list here. If you wanna give Viruses a try check out our guide here.