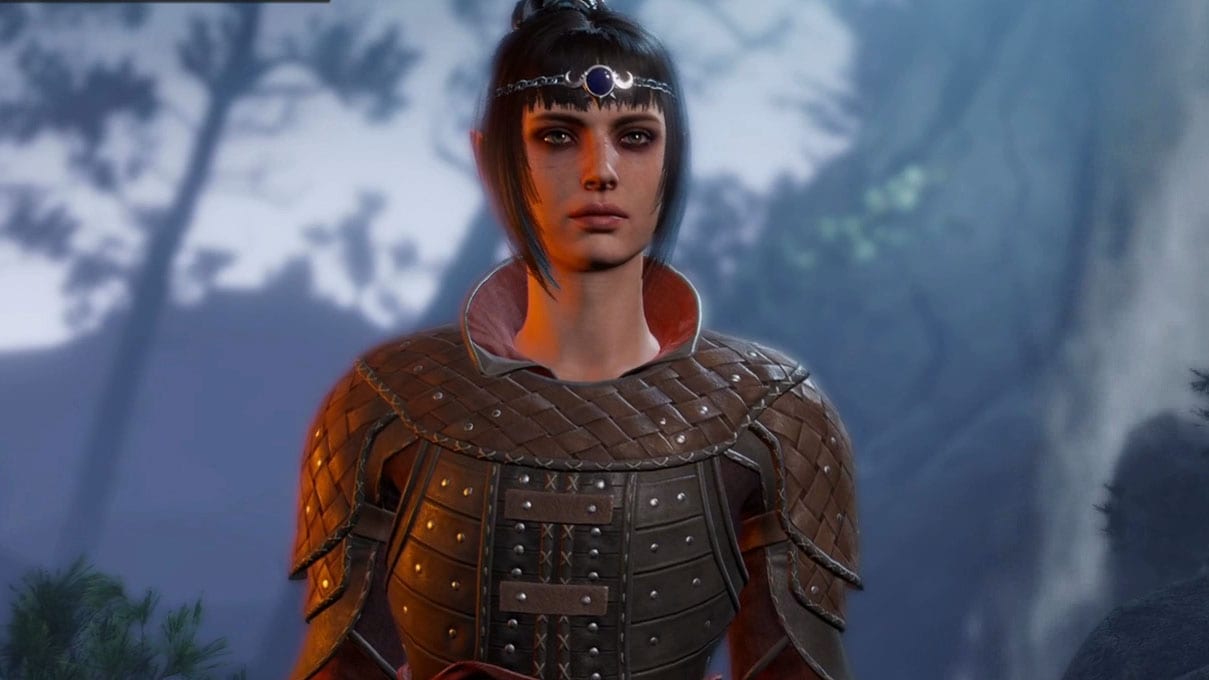 Larian Studios founder Swen Vincke hosted an AMA on Reddit, answering a large amount of questions from the fans about the upcoming Baldur’s Gate 3.

Speaking of the source materials, Vincke mentioned that the studio is using primarily the D&D’s Player’s Handbook, the Monster Manual, and the Dungeon Master’s Guide, but they’re also taking material from other books. They’re planning a mix of magic items from official D&D books and some homebrew within the studio, retaining the same complexity and power level.

Incidentally, Identify will be in the game, and many items have unique in-lore descriptions. There won’t be randomly-generated loot.

We also get an interesting tidbit about what we can expect in terms of explorable terrain within the Forgotten Realms setting:

“The small portion of the adventure we’ve shown takes place many miles East of Baldur’s Gate, and the initial journey will take players along the banks of the river Chionthar, and surrounding wilderness and settlements, toward BG and the coast. You won’t be walking the whole way to BG in real-time, so there will be several large, open regions. Later, you’ll visit the city of Baldur’s Gate itself, of course. Other places I’m not going to spoil for you because discovery and exploration are part of the joy.”

Interestingly, the choices you make and the actions you take carry the same weight whether you roll a custom character or start with one of the game’s pre-made Origin characters. Origin characters are basically full-fledged companions that you can also play optionally as your main character.

You can explore their backstory and personal quests even by not playing them as your main character, but simply by having them in your party. You can still decide how those characters behave, how their story unfolds, and how they interact with the world and the party.

On the other hand, if you create your own custom character, their view of the world will be based on race, class, and background. Interestingly, custom characters will have their own specific origin.

“A very practical example of how custom characters are tied to the story is the fact that the game identifies and recognizes them as Baldurians. Given the importance of the city in the game (in its own way BG is very much one of the game’s protagonists -or antagonists depending on your perspective and how events unfold), making it the players’ home makes the place and the stakes you’re fighting for feel very personal. (It should be noted though that player characters from the Underdark or other places – githyanki and drow for example – have their own unique experiences and backstory in the world, as you’d expect).”

Custom characters will be fully voiced, and you can choose a voice for them during character creation. Vampire or vampire spawn isn’t planned as an option for custom characters.

On top of that, we will also be able to recruit generic mercenaries and customize them, and while this won’t be immediately available in early access, the team is planning to let players create a party directly from the character creation screen.

Multiplayer will be showcased at a later date.

Vincke then provided a detailed explanation on why the game’s combat is turn-based. Incidentally, this was decided on day-one.

“From the start we wanted to stay as close to Dungeons and Dragons 5th edition as we could. Making combat turn-based felt only natural given that Dungeons and Dragons is turn-based by nature. It allows us to replicate the same high stakes combat experience as the tabletop game while still giving players exact control over what happens on the battlefield

The type of world and game we are building, allows for so much that you really need the control. Think of the environment, all the interaction, the systemics you can use against themselves, all of this combined with the actions and spells of DND, you need careful planning, setting up and executing. That works really well in turn-based.

Knowing that it’s turn-based also allows us to make every combat moment feel unique and very different from the previous fights. You get a lot of diversity and we can make each encounter a real challenge.

Combined with all of this, turn-based gives each person playing a greater sense of control, strategy, and agency.

And on top of that, turn-based works very well in multiplayer.”

There is a link with the first two Baldur’s Gate games (otherwise it wouldn’t be called Baldur’s Gate 3). The game touches on their story in “meaningful ways.” Some characters will return, and what happened in the first two games leads to BG3’s story, even if it won’t be immediately visible at the beginning.

There are also locations from the original games.

We can also expect cameos of characters from the modules “Murder in Baldur’s Gate” and “Descent into Avernus.”

Asked whether there would be references to the Twisted Rune plot, Vincke simply teased “we like Liches.” Aked about dragons, he gave the same answer (about dragons, of course).

Elves, dwarves, and halflings will also have subraces. Feats and multiclassing will also be a thing, while there are plans for ritual casting, but it won’t be in early access.

We then hear that in-game books focusing on the lore and backstory are plannned.

Vincke confirmed that the party size limit is 4, as it “keeps the pacing of the larger combats manageable.”

Interestingly, Wizards of the Coast ruled that with 5e all humanoids are suitable hosts for Ceremorphosis canonically, and encouraged Larian to boldly assert this new version of the canon.

Story-wise, the player will be “very much involved in the politics, threats, and affairs of Baldur’s Gate and the Sword Coast.”

Incidentally, early access will be available both on PC and Stadia. The plan is for it to include all of the first act of the game, but it will likely be released in pieces because it’s quite big (Bigger than Divinity: Original Sin 2’s Act 1).

Early access won’t be discounted compared to the game’s final price, and it will be updated many times.

The game includes situations that require to be dealt with immediately, and not doing so will have irreversible consequences.

While romance is in, there will be other kinds of relationships: “NPCs and companions might become friends, partners, uncomfortable allies… or your worst enemies.”

The party won’t always stay together and one of the key elements is trust. There will be plenty of inter-party conflict and “Fist-fights might be the least of your problems if you let your companions see how cruel (or kind) you’re willing to be.”

There are 10 levels in the game and no plans for DLC.

If you want to see more about Baldur’s Gate 3 you can check out the original announcement trailer, a clip introducing the project, a video celebrating the announcement, the first extensive gameplay, and plenty of screenshots.