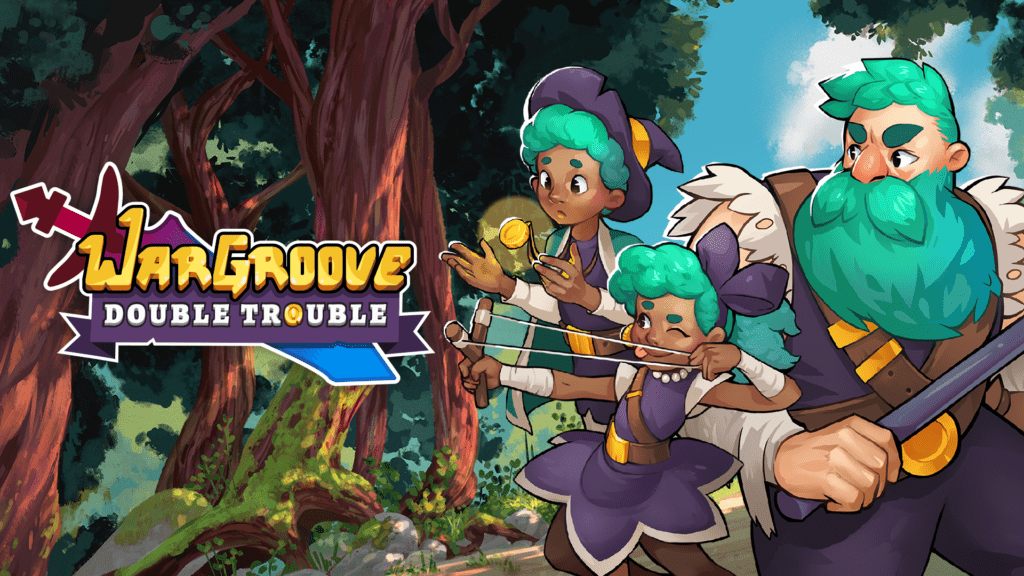 Almost a year ago, I got to review Chucklefish’s Wargroove on the Nintendo Switch. I praised it for being an exceptional turn-based tactical RPG with impeccable design and aesthetic, and even today, I wouldn’t hesitate to recommend it to any new or existing Switch owner. With the brand new Double Trouble DLC release, I find myself completely drawn into Wargroove’s compelling gameplay loop all over again.

Even a year ago, Wargroove launched with a staggering amount of content. It featured a very lengthy story campaign, 12 playable commanders, a map editor, and freaking multiplayer. Even after you beat the game, there was incentive to replay battles to try to earn a higher ranking so that you could unlock more stuff in the in-game gallery.

This game was the very embodiment of an embarrassment of riches, and the developers continued to support the game throughout the course of the year.

The Double Trouble co-op campaign puts you in the shoes of a brand new Outlaws faction. Wulfur, the leader of the Outlaws, soon finds himself caught up in a heist that requires him to steal gold from the four regions of Aurania in order to pay a ransom to rescue a child kidnapped by the evil Vesper.

I haven’t gotten very far into the campaign, but its early missions are already reminding me of why I loved this game so much in the first place. The animations are, of course, gorgeous to look at, and the tactical gameplay loop of building up gold and resources to summon powerful units to dominate the battlefield is as fun as ever.

Double Trouble introduces two new units with the Riflemen and Thieves, and these offer a whole new dynamic to how you approach combative situations in the game. Thieves can rob outposts for gold, and immediately turn it into a neutral settlement, while Riflemen can snipe enemies for high damage from afar, but they’ll need to reload their guns after every three shots.

These two units alone are incredibly fun to play around and experiment with, and I can’t wait to take them into the Arcade challenges and even multiplayer matches at some point.

I’ll have more to say about the Double Trouble DLC as a whole as I spend more time with the game, but for now, so far so good. Wargroove’s still an excellent, must-have gem for anyone who owns a Switch, and it feels good to be playing this lovely game again.