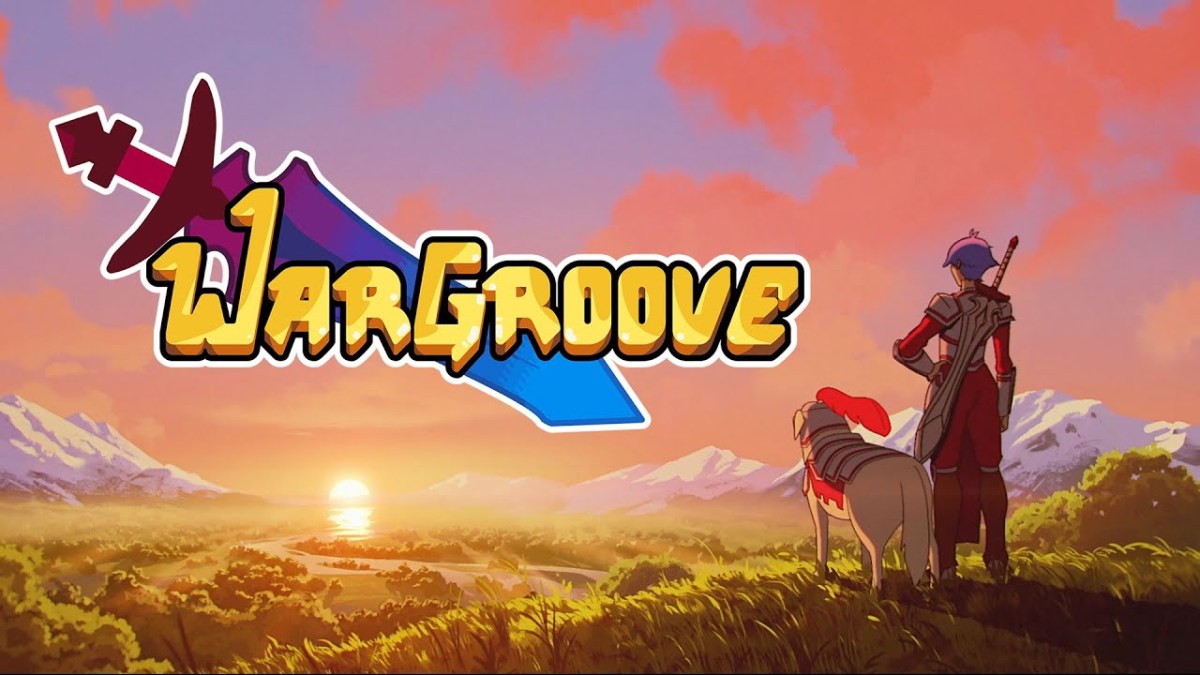 Wargroove is likely going to be one of the comfiest games you’ll play this year. Truth be told, I hate fawning over every new Switch game release and calling it the “perfect Switch game” you can play on a plane or snuggled up in bed.

But in all seriousness, Wargroove really is yet another Perfect Switch Game (TM) that’s spared no expense in making the experience as polished as it could possibly be.

Just from its initial announcement back in 2017, players had already begun drawing comparisons between Wargroove and Advance Wars. By and large, the comparisons are justified. Most of the systems and battle mechanics will feel instantly familiar for fans of the Game Boy title, and that’s already a good thing in and of itself.

Advance Wars was an excellent tactical turn-based strategy game, and if this game wants to give us more of that strategic goodness, I’m not gonna complain.

Wargroove’s story campaign puts you in control of main protagonist Mercia, a young woman who’s suddenly forced into queenship when her father is assassinated by the dastardly Felheim faction.

Over the course of the story, you’ll also take control of other commanders in the Cherrystone Kingdom, but Mercia’s the one you’ll be spending most of your time with.

While a little short and somewhat simple, Wargroove’s story is succinct and to the point, always jumping from one exciting sequence to the next. The writing itself is quite sharp and quippy as well, and you’ll soon grow to love certain characters, especially if you decide to check out the side missions.

There’s very little downtime between battles, which are separated by short cutscenes to help flesh out the story even more. Wargroove wastes no time in getting you back into the heat of battle, and honestly, I wouldn’t have it any other way. 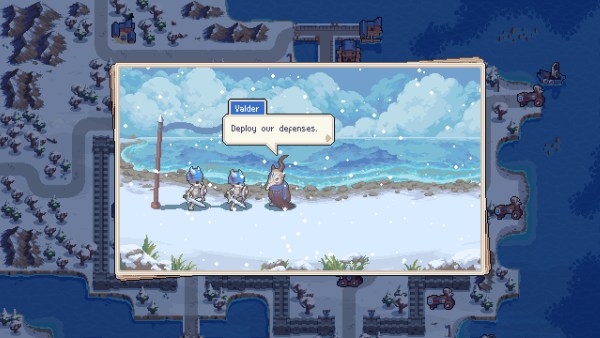 As short as the overall story is, the battles themselves can be long and grueling, where simple mistakes can cause you to reset 10 minutes of playtime.

There are three difficulty settings, which you can change up on the fly, and it took me roughly about six to seven hours to complete the campaign, while leaving a few of the side missions untouched.

Most battles are pretty straightforward, requiring you to rout the enemy by either taking out the commander or their stronghold. Regardless of which faction you’re playing as, you’ll have access to the same units.

You’ll always have your base infantry units, your spear dudes, your battle pups, archers, air and anti-air units, and trebuchets and golems that can destroy buildings quickly.

Each battle will usually start out the same way: you have a few units on the field, and you’ll want to capture nearby buildings and encampments as quickly as possible. The more buildings you have, the more income you’ll generate each turn, and you’ll have more money to allow you to deploy stronger units as the battle wears on.

Capturing enemy buildings is possible as well, though you’ll have to use your units to break down their defenses first.

The main difference between you and your opponent is your commander. There are a total of 12 different commanders in Wargroove, each of them equipped with a special ability that sets them apart from the rest.

These are called —surprise, surprise— your groove, and once it’s fully charged up, you can use that commander’s ability to give yourself an edge in battle.

For instance, Mercia’s groove lets her heal herself and any allied units in her immediate vicinity. Emeric can deploy a diamond that provides a defense boost to all allied units in its range, while Valder can summon one base infantry unit and use it in that same turn.

While the game does well in explaining its various mechanics to the player during the first couple of missions, the difficulty ramps up rather significantly once you’re two missions into Act 1. Genre fans will likely feel at home with how unforgiving the game can be, but this might be a bit of a turn-off for players who aren’t all that experienced with this kind of game.

Thankfully, though, the ability to change difficulties on the fly should give you a more manageable time with Wargroove.

It’s not so much an issue of difficulty, as it is an issue of clarity, especially if you’re trying to look up vital information in the middle of a fight. Pressing the B button on a unit will give you a brief overview of its strengths and weaknesses, as well as small icons indicating which units it’s strong or vulnerable against. 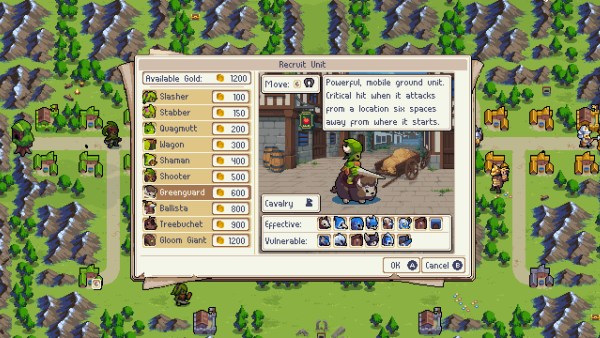 However, at least during my early hours in Wargroove, those icons weren’t particularly helpful to me at all as there was no way of hovering over them to see the actual unit names. For instance, it took me way longer than I care to admit before I learned to recognize the icon differences between a ranger and a knight.

In addition to that, some units have AoE moves as well, but it’s difficult to see which tiles their moves will affect before you actually execute the move itself. As an example, the alchemist can cast a heal on a single tile and have that effect extend to adjacent tiles, but you wouldn’t know that if you hadn’t experimented already.

Again, this is the kind of information that would’ve been useful for the info screen, especially since Wargroove is a game that will punish you heavily for making too many missteps. These are things you’ll get a hang of as you continue to jump between different factions and commanders, though.

Most commanders feel unique in Wargroove, and the campaign frequently allows you to play as different commanders so you can get a sense of which ones you’ll want to experiment with the most in the Arcade and multiplayer modes.

Yes, aside from the already pretty substantial story campaign, Wargroove comes with a whole host of other extra modes you can check out. Arcade mode lets you play as any commander you’ve already unlocked, and tasks you with going through a gauntlet of battles in order to obtain a secret artifact.

The Arcade battles give you access to the full array of units available in the game, and take place across a whole variety of maps, so it’s really up to you how you want to handle each combative situation. 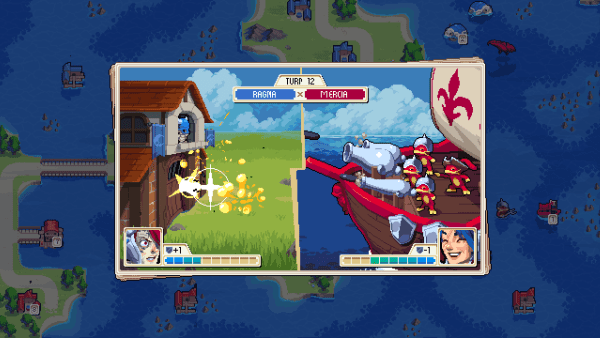 Wargroove also features online and local multiplayer, which has support for up to four players. While I didn’t get to dabble in the game’s online aspects while playing it for review, I did have the chance to check out the local multiplayer options.

There’s co-op and versus, with the latter being way more intense because you can literally watch as your opponent deliberates their next move, and anxiously pray that they don’t catch on to any strategy you might have cooking under the hood.

Outside of that, you’ll also eventually unlock the game’s Puzzle mode, which challenges players to rout the enemy or take over a city in just one turn.

And if that isn’t enough content for you just yet, Wargroove also features a map editing and sharing function that allows you to create your own battlefields and share them with other players to try out.

Map editing has never been my forte, but the game does give you complete freedom in deciding the kind of terrain you want to make use of, and the kinds of buildings, units, and weather conditions you want to implement in the map.

Again, I wasn’t able to check out very many user-created maps during the pre-launch period, but I imagine this is the sort of content that creative players will really be able to sink countless hours into.

Time and again, I found myself in awe of just how much content Chucklefish has managed to cram into this tiny little package of a game. As if the various different game modes weren’t enough already, there’s also plenty of incentive for players to retry battles in the campaign in an attempt to get a three-star rating.

The more stars you accumulate throughout the course of your playthrough, the more bonuses you’ll be able to unlock in the in-game gallery. Wargroove also has a jukebox feature that lets you listen to the various (also excellent and infectiously catchy) music tracks you’ve unlocked in the campaign.

Literally, my only complaint about the jukebox is that the music you select doesn’t persist once you exit the menu. You have to be on the jukebox screen to continue enjoying the music. What the hell, Chucklefish? Fix your game. I’m kidding.

And that’s not even to mention the insane amount of detail and polish that’s clearly gone into the crafting of Wargroove. I mentioned before that most commanders in Wargroove feel unique from one another, but in truth, there are a couple of commanders with somewhat similar powers.

Emeric deploys a diamond to provide a defense boost for a set number of turns, but the good doggo Caesar also has a similar power that lets him give an immediate defense boost to any units that are currently adjacent to him.

If you ever feel like two or three commanders are way too similar in terms of power, you’ll be glad to find that each commander comes with truly unique animations to set them apart properly. Every commander (and every regular unit, for that matter) has different battle animations that are just so intricate and beautiful to look at.

The pixel art graphical style is a fantastic fit for this game, and Chucklefish has done a phenomenal job of bringing every single unit to life with just simple animations that add more flair to them. 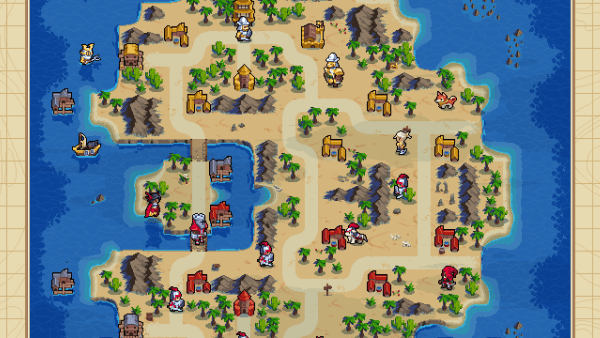 Wargroove is a beautiful game through and through, and it performs flawlessly on the Switch, whether you’re playing in handheld or docked mode.

This tactical turn-based RPG genre also lends itself well to the Switch as a hybrid console, as you can quickly jump into a campaign battle or Arcade mode before bed, or just binge it if you’re on a long commute.

The couple of flaws I noted previously are definitely annoyances that can hinder a first-time playthrough, but if you stick with the game, you’ll soon grow to love the intricacy of its battle system, and just how well thought-out and polished this entire experience is.

Wargroove is a tiny game with lots of heart, an accurate description for both how much content has been packed in here, and how charming it manages to be every step of the way.

Wargroove is one of those rare games that prioritizes quantity just as much as it does quality, and even after beating the campaign, I feel like I’ve barely even scratched the surface. There are still Arcade challenges to complete, commanders to unlock, side missions to mop up, and so much multiplayer fun to be had once the game officially launches.

The wait has been worth it; Wargroove is absolutely a must-play title for fans of the genre and just Switch owners in general.