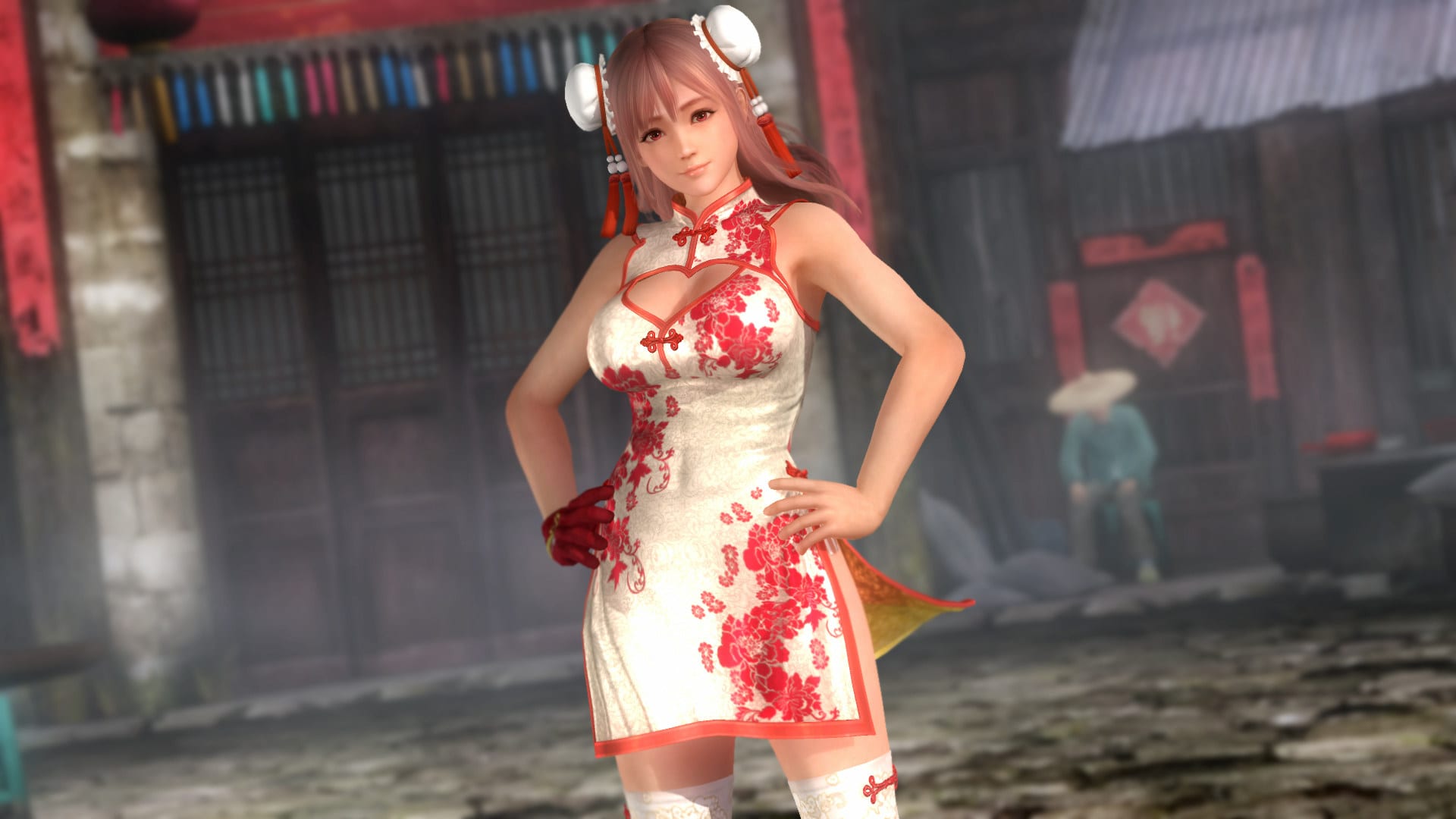 Dead or Alive 6 fans can look forward to another patch coming next week, bringing a small set of changes and DLC.

Incidentally, the patch was also confirmed on the western account, but it didn’t provide as much detail on the content of the update.

First of all, we’re getting another set of “Revival” costumes from Dead or Alive 5 Last Round.

This time around it’ll be the “Alluring Mandarin Dress” set (named “Sexy China Dress” set in Japanese) that was originally released for DOA5LR exactly three years earlier, on February 14, 2017.

You can see what it looks like in the trailer below. Do keep in mind that both the trailer and the image at the bottom of the post are from Dead or Alive 5: Last Round, as images of the set for DOA6 have not been revealed yet. Of course, it’ll look very similar.

We do know that it’ll include 17 costumes (with NiCO replacing Ii Naotora) and that you’ll have to purchase it separately from the latest season pass.

On top of that, we’re getting the usual balance adjustments and bug fixes and “adjustments to the operation of soft body physics.”

At the moment we don’t know how those will be adjusted and if the effect will be very visible.

It’s worth mentioning that soft body physics isn’t just what you may think it is. It’s the simulation of all deformable objects, which does include the actual body of characters, but also things like hair and cloth.

For all we know, it could be an adjustment required to implement the mandarin dresses which do involve a lot of cloth simulation. We’ll have to leep our expectations in check and wait and see.