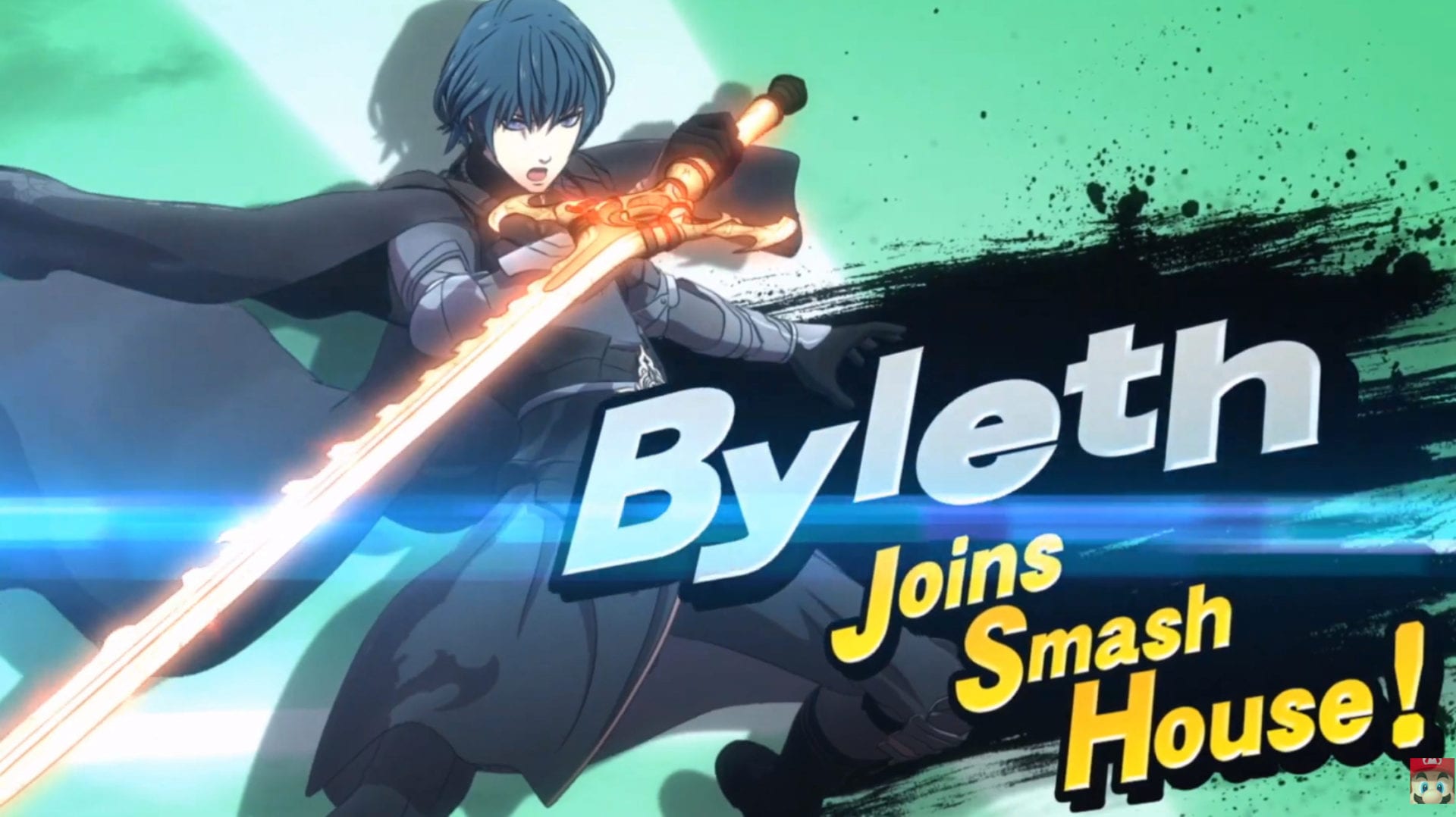 As you’ve probably already seen, the next Super Smash Bros. Ultimate DLC fighter has been announced and yes, it’s another Fire Emblem character.

It’s been a long-running joke that Smash has an overabundance of Fire Emblem characters, so many fans were shocked when Nintendo announced its plans to add Byleth to the roster as the final DLC fighter for the first Fighter’s Pass.

If you’re unfamiliar, Byleth is the main protagonist of Fire Emblem Three Houses.

During the Smash Direct, Masahiro Sakurai went to great lengths to show why Byleth is a unique and powerful new addition. He even poked fun at the community with a joke about needing more than a sword.

Love or hate it though, Byleth is now the eighth character from the franchise to join the roster.

Putting all that aside though, objectively, Byleth does look a very fun character to play as and the Garreg Mach Monastery map is a great choice as a new stage.

Byleth adds the Hero’s Relics to give variety to their arsenal, which sets Byleth apart from the rest of the Fire Emblem characters tremendously.

Areadbhar is a powerful lance that is used for Byleth’s side attacks. Not only does it provide incredible reach but it also does more damage if you space your attack so the tip of the lance hits your opponent.

The potential of risk/reward with that move alone is exciting, but that’s only where Byleth’s moveset starts getting interesting. Areadbhar can have an upward or downward tilt to hit enemies lying down or up in the air, giving it another layer of versatility.

The next Hero’s Relic Byleth has access to, the giant axe Aymr, also looks intriguing. Aymr grants massive heavy damage to opponents with an aerial down smash attack that can easily put enemies right into the ground. An opponent at 0% damage will get take 19% damage from a single down strike.

The real bread and butter of Byleth though comes from their down B attack. It’s a charge up attack similar to a Falcon Punch, but charging it grants super armor.

This means Byleth won’t be launched or interrupted by a powerful smash attack. They will still take some damage but they won’t be knocked out of their animation.

Because of that Byleth can tank a massive hit and still get in monumental damage if they connect. Just be careful not to use this move against an enemy with a counter.

Did I also mention that you can switch sides mid-charge if the enemy runs behind you? It looks like Byleth has an answer to almost everything.

Finally, let’s talk about Byleth’s final Hero’s Relic the Failnaught. This is used for some of Byleth’s neutral moves. It’s a giant bow and arrow made out of bones that can shoot light arrows.

The bow can be fired without charging it up, but if you charge it all the way it shoots a powerful beam of light.

This is a great way to incorporate a long-range weapon and provide Byleth with even more variety. It is also used at Byleth’s neutral air which spins the bow around similar to fighters like Pit’s neutral air.

When comparing Byleth against other Fire Emblem characters, it’s clear that Byleth has a lot more variety than say a Roy or Marth. Even a fighter like Robin who has a lot going on doesn’t seem to have quite as much as Byleth’s toolkit.

Of course, there are plenty of other characters from Fire Emblem Three Houses that fans would have loved to see representation from, like any of the three house leaders Dimitri, Edelgard, or Claude.

Putting Byleth on the roster is a compromise, because it still allows representation of the three houses, without picking favorites. They strike a nice balance by allowing the player to still rep their favorite house color.

It’s a nice touch that allows players to represent their favorite house even if they don’t play as the house leaders themselves.

There are six more fighters coming in the next Fighter’s Pass. So keep holding out hope for Sora or Goku, whatever floats your boat. Or you know, maybe it will just be six more Fire Emblem characters.