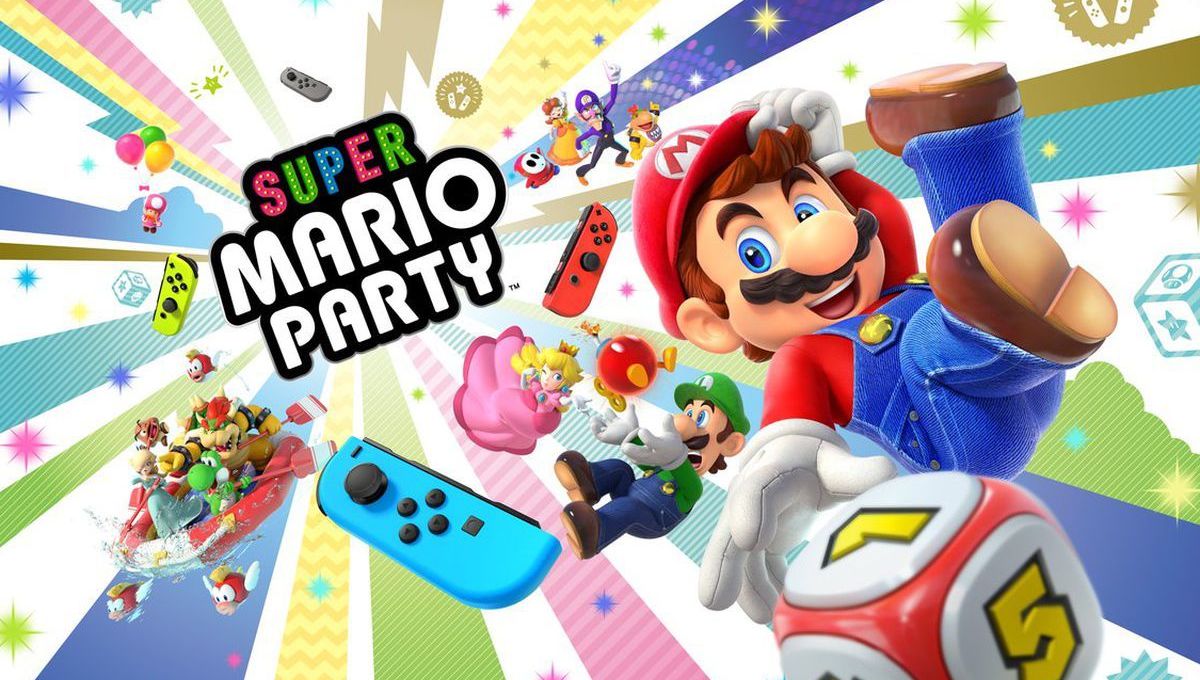 Like many other people in the gaming community, I often connect with other people via video games. It’s how I’ve met a lot of my friends and it’s what my friends and I do when we hangout. Although we always play games like Smash Ultimate, Mario Kart, and Call of Duty, there is one game that we always manage to play, and that game is Super Mario Party.

It’s easy to pick up for more casual players, it can become competitive easily, and honestly, it’s not hard to make it into a drinking game. But as the months have gone by, I find myself becoming less and less interested in playing Super Mario Party whenever I hang out with my friends, and I think there are some very big reasons as to why this is.

Super Mario Party may have been a nice return to form after a few entries in the franchise weren’t that great, but it is still a deeply flawed game. One of the biggest reasons that this game gets so stale is because there are only four maps to play on when most Mario Party games have six. Also, the maps are much smaller than the ones from previous games, which is both good and bad.

It’s good because the rate at which stars are acquired or stolen is much faster and makes gameplay more lively, but there is much less to do on each board, which means there aren’t as many random/wacky spots you can land on that really throw a wrench into gameplay. Randomness is the reason that Mario Party is so fun, because it’s all about chance and luck just like a normal board game.

So why can’t we get more boards via DLC? Nintendo has the weird issue of their fans actually wanting DLC from them, but they don’t always deliver. Whereas other game developers get criticized for adding DLC to their games, Nintendo gets criticized for not, because with games like Super Mario Party, it just makes too much sense.

So why did this game not get DLC, when it’s perfect for it, and something like Luigi’s Mansion 3 a single-player game that was fully fleshed out, did get DLC? I could not tell you.

In fact, when it comes to anything to do with online play, this game falters big time. You can play the mini-games online in the “Mariothon” mode, which is just five random mini-games you compete in against three other people and whoever gets the highest score wins. You cannot play the normal board modes with anyone online and it’s just baffling.

First-party Nintendo games typically don’t have any kind of online multiplayer and when they do, it’s lackluster and usually difficult to connect to other players with a smooth connection. It’s always such a disappointment because this feels like such a recurring issue and a lot of Nintendo franchises could be further boosted by better online play, or just online play in general.

Super Mario Party also has a weird issue of being a little unbalanced. The ally mechanic is a fun edition, but it always feels like whoever gets the most allies wins since they can get around the small maps really fast to grab stars. If you were to just get the option of using your allies dice, and not them adding onto your rolls each round, it would have fixed a lot of the balancing issues the game had.

It’s been over a year since the game released, so it may be a bit too late for any updates or DLC to be announced, but what we can hope for is a new game on the Switch. Ever since the first Mario Party game came out on the N64, there have been at least two Mario Party games on every Nintendo home console (except for the Wii U, which makes sense considering the console’s low sales numbers).

The Switch is still in its early years so another Mario Party game is absolutely viable, and could really be a great thing if the issues addressed above are resolved. It would add a considerable amount of longevity and replayability to a franchise that is built on these two things.

Is Super Mario Party a bad game? Absolutely not. There are just a few big issues that hinder what would otherwise be a fantastic party game. The game really needed some more maps, there were a few balancing issues when it came to allies and dice rolls, and the lack of online modes really hurt the game.