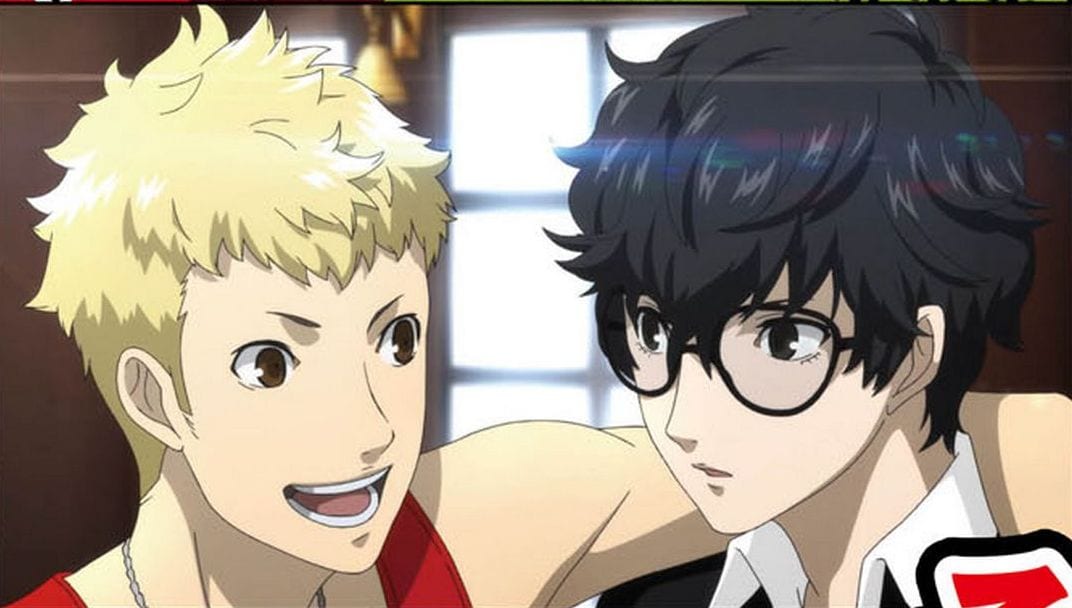 This weekend I bought and beat Catherine: Full Body. It was an immersive story and I grew attached to the main character, Vincent Brooks, because he was relatable and well-written. Comparing Catherine to Persona 5, both Atlus games, I found I had a much different experience with each.

They are both great and have wonderful stories, but I felt much more connected to Vincent than Persona 5’s protagonist, Joker. Vincent actually has a personality that I can relate to and that the game’s narrative plays on rather than a blank slate character who never speaks.

Persona 5’s plot begins because Joker steps in to stop a wealthy man from sexually assaulting a woman. He is then falsely accused of assault, put on probation, expelled from his school, and is sent to Tokyo to live with Sojiro, a friend of his family. This is both heartbreaking and would be frustrating for anyone.

Yet he does not react, nor respond to anything going on around him except for select dialogue options which are painfully generic. This is very profound in the early stages of the game when the people in Joker’s life first meet him and get used to him.

The beginning scenes felt dull, like going to drink soda but as it hits your lips, you realize its flat. There could have been that weight of emotional storytelling but instead, you’re just watching one-sided scenes.

As soon as Joker meets Sojiro, Sojiro is a huge jerk to him. He belittles him, scorns him for his actions, and constantly tells him that he’s a bother. It’s clear that you’re supposed to dislike Sojiro from the get-go, but what’s worse is how the game has no way of communicating that to him, or more so that Joker never stands up for himself, never talks back, and never lashes out.

If Joker could speak, and if Persona 5 would allow you to inject your own emotions, the emotions that the game clearly wants the player to feel, it would make Persona 5 even more immersive. You could play a more active role as the relationship between Joker and Sojiro slowly evolves over the course of the game.

Games have silent protagonists because they are supposed to experience the game through an empty vessel in which you can project either your personality, or the personality of your choosing, onto the main character. The main character’s personality is blank so that people don’t find him unrelatable or unlikeable, but this can, and in Persona 5’s case, does, hinder storytelling and character development sometimes.

Persona 5 isn’t the only game where a silent protagonist feels forced though. Fire Emblem: Three Houses is perhaps even more guilty of this, as Byleth, the “avatar” character of Three Houses is so silent that is ruins some scenes and makes them so incredibly awkward and emotionless.

Fire Emblem Three Houses shifts between two phases, the battle phase where you take your students/army out and fight enemies, and a social phase, where you get to build your relationships with the other characters of the game. Doing Byleth’s supports are mundane and awkward because they always came to a screeching halt whenever it was his/her turn to speak.

Yes, there were dialogue options, but what’s the point of options when you’re just funneled into the same reaction/dialogue no matter what you choose? And the options you are given are just four-five words of generic nothingness so that it doesn’t seem like whoever you’re talking to is just talking to a brick wall… but they pretty much are.

The problem is that you’re supposed to be building very personal and deep relationships with your students and colleagues, but it’s only one-sided because for some reason, Byleth doesn’t say anything. Relationships can’t be one sided and in Byleth’s support conversations, they always are. Not only is this awkward, but it feels undeserved when your support rank goes up with another character.

There is a specific scene where someone very close to Byleth dies, someone he/her already had a pre-established relationship with, and he says nothing, makes no noise, doesn’t even call out. He/she does cry, but the scene already feels so mismatched.

It felt more like he was forced to be silent in a scene that demanded emotional outcry. It completely ruins the scene, and because of that, whenever another character mentions how much they miss the character that died, all I can think of was that I don’t.

The game and the writing did not do a good enough job of setting up what was supposed to be one of the most emotional scenes in the game so it didn’t pay off in the slightest. Byleth isn’t the type of video game protagonist who is there for the player to experience the world, the video game world experiences Byleth, if you will.

Just like Joker, the plot moves forward because of his/her backstory, his/her character and his/her personality (and lack-there-of) interacting with the people within the plot. So why can’t he/she just interact with the other characters in this game? Why can’t he/she react to plot elements and emotional scenes? Byleth has voice actors, we know what her/she sounds like.

Having Byleth fully voice acted doesn’t ruin immersion and it doesn’t ruin any role playing aspects of the game because Byleth is barely an avatar character to begin with, if at all. Having a silent protagonist only works if the plot and gameplay are crafted to accommodate that, and Three Houses absolutely does not. There is no plot relevance as to why they don’t speak, so it would only make this already good game, even better.

You get to make and customize your own character, from how they look, what race they, and to how they play. You then get to choose how to interact with the world of Skyrim; do you want to become a vampire or werewolf? Or neither? Do you want to join the thieves guild, or maybe the companions? Join a rebellion or stop it.

It doesn’t feel as awkward in Skyrim because your character is so much more of a blank slate. There aren’t huge build ups to emotional scenes with almost any of the NPC’s in Skyrim and if there is, it’s usually between them and another NPC, not you, which is why a silent protagonist makes sense.

Silent main characters should be used as a tool to further one’s experience within the world and the story that the game is trying to tell.

When the narrative calls for emotional connection between two characters, a silent protagonist does not fit that role, and a dialogue choice that includes a few empty words is not a good enough replacement. Language is beautiful, it’s how we connect with each other and stories, and these games need to embrace that connection.