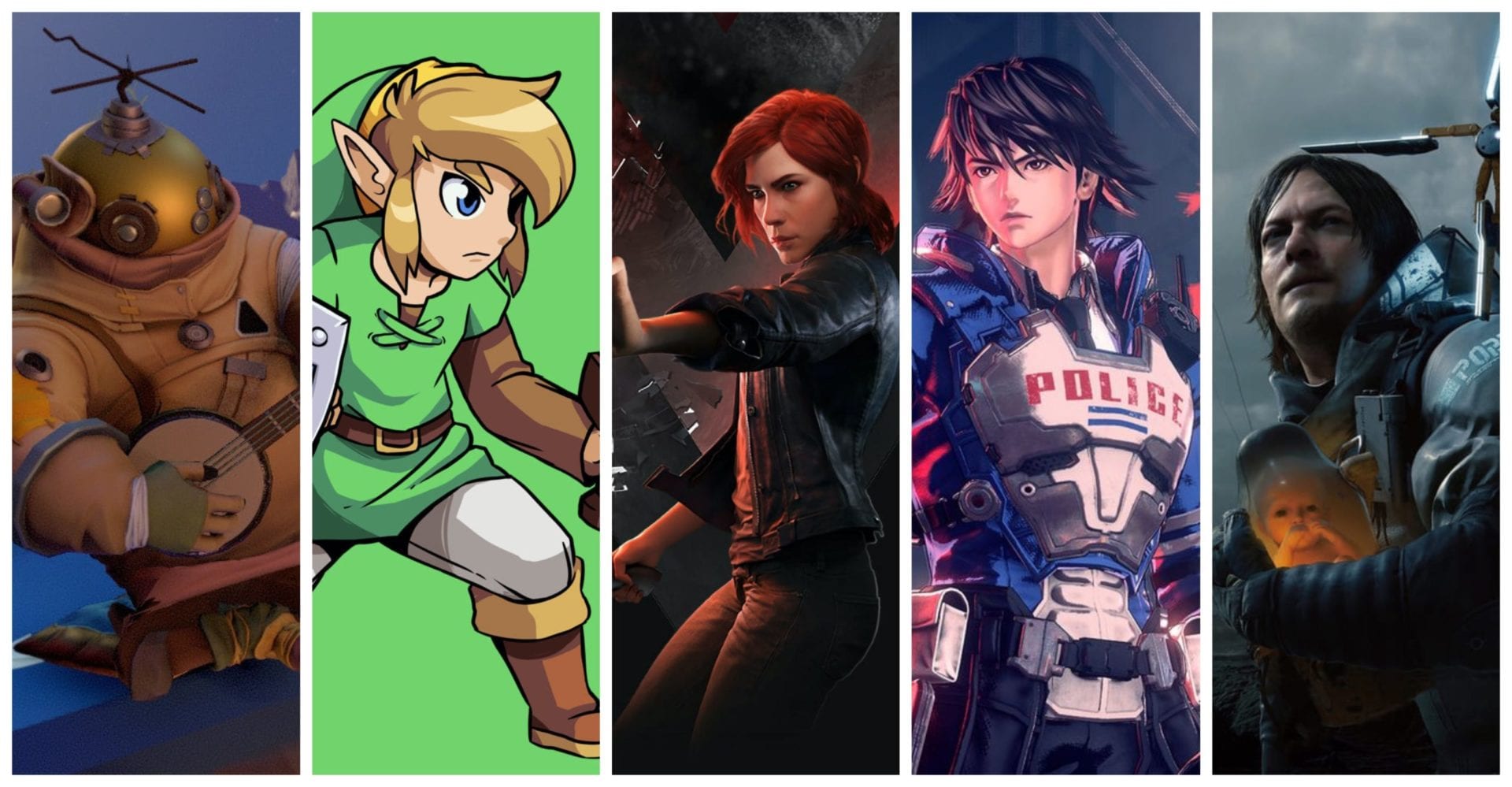 Honorable Mention: Cadence of Hyrule: Crypt of the NecroDancer

Features Editor Greysun Morales: The Legend of Zelda series is regarded as having some of the best and most memorable music with it being recognized by pretty much anyone who’s a fan of video games.

Cadence of Hyrule takes that brilliant soundtrack and turns it on its head by giving us a remixed version of it with a new rhythm-based gameplay mechanic that’s never been done before in the Zelda series.

By taking the rogue-like gameplay from Crypt of the Necrodancer, Brace Yourself Games gives players a different take on classic top-down 2D Zelda.

Instead of dealing with enemies by just hitting a button, you have to do everything in time with the music or else you’ll take major damage from the monsters that plague Hyrule.

Senior Editor Hayes Madsen: PlatinumGames has been creating phenomenal action games for over a decade, with beloved titles like Bayonetta, Vanquish, Madworld, and more. While Astral Chain certainly continues its legacy of stylish action, it does so much more by redefining how you think about character action.

In Astral Chain you’re essentially controlling two characters at once, your human main character and an ethereal beast known as a Blade, connected to you by the Astral Chain. Your character can perform combos by switching between three weapons, and there’s a dodge system similar to Bayonetta that rewards split-second timing.

Things really shake up with your Blade, though, as you can summon it at any time. The Blade will attack on its own but you control its placement with the right stick and can use powerful skills on command, or switch between different blades for the situation.

It’s an incredible combat system that loads you up with different options and combos to use, but like other PlatinumGames it still rewards skill and ingenuity. There’s a push-and-pull that develops between using your character and your blade; timing attacks right, switching out Blades for new enemies, wrapping the Astral Chain around enemies to bind them.

As you progress through the story Astral Chain layers on new options, only making its fantastic combat system even better. No one makes action games like Platinum and somehow, even after all these years, they found a brilliant way to completely reinvigorate the character action genre.

Deputy Guides Editor Tom Hopkins: Much of the appeal of Control is in how it combines the familiar with the innovative. The third-person shooting feels much like it does in other games, the telekinetic powers are reminiscent of the likes of InFamous, and the progression is clearly Metroidvania inspired.

However, the world design and story are easily among the most unique of 2019. From the moment Jesse steps inside the Oldest House, the creepiness surrounds you. The effectiveness of the atmosphere is mostly down to how Control uses lighting and trickery.

Walls move, areas are bathed in red light when danger lurks, and intense sounds make the world sound alive behind the scenes. The way world design takes such a prominent position is something we haven’t seen before and it makes exploration such an amazing experience.

Elsewhere, while the combat is generally pretty standard stuff, the freedom the players is given is innovative. In every situation, you can use Jesse’s powers and her weapons. You’re never pushed towards different abilities for each moment, and that keeps the gameplay fresh.

Just as Remedy’s previous games have, Control shines when comes to design and atmosphere, presenting its story in a way we’ve not seen before.

Guides Editor Chris Jecks: Outer Wilds doesn’t have stunning graphics. It doesn’t have a 100-hour story, insane combat systems, decision-based systems or any of that malarkey.

Instead, Outer Wilds prides itself on simply being an intelligent, complex world for you to uncover and unlock as you see fit. In Outer Wilds, you’re an astronaut, about to leave your lowly home planet of Timber Hearth, and explore the solar system that awaits.

Each planet within this system is unique, with its own defining trait. The ‘Twin’ planets, for example, see the sand drain from the surface of one over time to fill in the deep fissures in the surface of the other. Another is a winding maze of brambles you need to carefully navigate, and another is a frozen asteroid with its own secrets lingering beneath the surface.

Each planet is a delight to explore, drip-feeding you more and more story tidbits as you uncover the Nomad scrawlings on the wall that help lead you on to your next objective and so on. There’s no combat here, just a thirst for learning as much as you can about the mysterious Nomad species that has since seemingly disappeared.

Outer Wilds makes everything all the more succinct with a time-loop system. Every 20 minutes, the solar system explodes and you’ll awaken back on your planet. Any clues you’d uncovered are stored on your ship’s computer, but it’ll be down to you to get to that point once again.

It’s this, combined with the planet’s ever-changing forms as time passes that makes it one of the most innovative games of 2019. You’ve not experienced a game-changing moment as when you’re traveling across space at blistering speed, all so you can quickly nip into a tower in the 30-second time window you’ve got (within that larger 20-minute loop), just so you can reach another location and unravel more of the story.

Outer Wilds might not get the attention and credit it deserves this GOTY season, but it’s absolutely worth checking out. Even if it’s just for a couple of hours, just so you can appreciate its complex, ever-changing solar system, and the secrets that it keeps.

Most Innovative Game of 2019

Senior Editor Alex Gibson: The AAA scene isn’t a segment of the video game industry that tends to put a premium on innovation. All too often we’re inundated with sequel after sequel, and when a new IP does come along it’s typically a soup of tired gameplay mechanics in a shiny new bowl.

Sam Porter Bridges’ epic quest to reconnect a post-apocalyptic America is a journey unlike anything else we’ve ever played. For every familiar design choice, there’s a bizarre new spin that sets it apart: tedious fetch quests are made interesting by the challenge of navigating rugged terrain; there are weapons aplenty but killing people is an absolute no-no; you’re alone in rebuilding America’s infrastructure but a clever multiplayer system sees other players chip in along the way.

And then there’s the story and characters. Hideo Kojima’s brain had presumably been bursting at the seams with unused ideas toward the end of his tenure with Konami because Death Stranding is extraordinary.

Political ideologies, social commentary, and Kojima’s reflections on love and friendship are all weaved into a bizarre tale of anti-matter ghosts and the babies that can see them.

Is it always cohesive? Definitely not. At times Death Stranding feels more like Hideo Kojima’s movie project that he had to insert a video game into rather than a video game with a cool story.

Still, it is certainly creative, inventive, and truly memorable, and we’ll take that over just another samey open-world game that lacks imagination all day long.