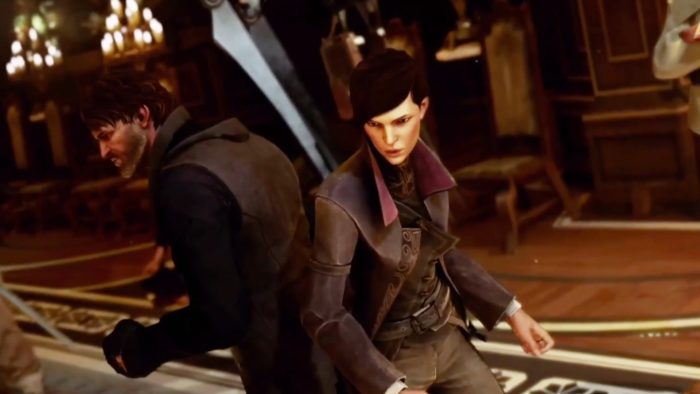 With the announcement of the first Xbox Games with Gold free games list for 2020 right around the corner, we have some predictions as to what those start of the decade games might be.

For the current month of December 2019, those free game include Jurassic World Evolution and Insane Robots.

Usually a larger game headlines the list, and for January 2020 we suspect Dishonored 2 would be a great inclusion for a couple reasons.

Firstly, it’s been a solid few years since it’s release in 2016, which usually is required for Microsoft to even consider adding a AAA title to Games with Gold.

Secondly, the first Dishonored has already been offered for free on the service in August 2014. When one title in a series has been on Games with Gold, then sequels almost always make it onto the list as well. Like entries in the Far Cry, Assassin’s Creed, Dead Space, Borderlands, and Gears of War series, and much more.

Finally, Dishonored 2 often goes on sale on the Microsoft store, with extra bonuses off if you are an Xbox Live Gold member. When games have extra price drops specifically for Xbox Live Gold shoppers, this is an indicator that the game will eventually be on Games with Gold sometime in the coming years.

If we don’t see Dishonored 2 next month specifically, then expect it sometime very soon.

After the larger more AAA game, usually a smaller indie makes the Games with Gold list every month as well. For next month, an entry in the Katamari series would be a perfect fit.

Beautiful Katamari is the only entry in the Katamari series to come an Xbox console, specifically the Xbox 360. We know from the list of past games chosen, Games with Gold loves to include a 360 game in its line-up every so often to appeal to its past-gen customers.

It would be perfect timing to release a Katamari game on Games with Gold for the first time, as a new game entitled Wattam from the same creator of the Katamari series Keita Takahashi is releasing this month as well on Dec. 17.

Wattam is only releasing for PS4 and PC, meaning Xbox players might feel a little bit better on missing out if they can play the one Xbox exclusive Katamari game for free in January 2020.

Make sure to check back sometime in the next couple weeks to see the official Games with Gold free games line-up for January 2020.