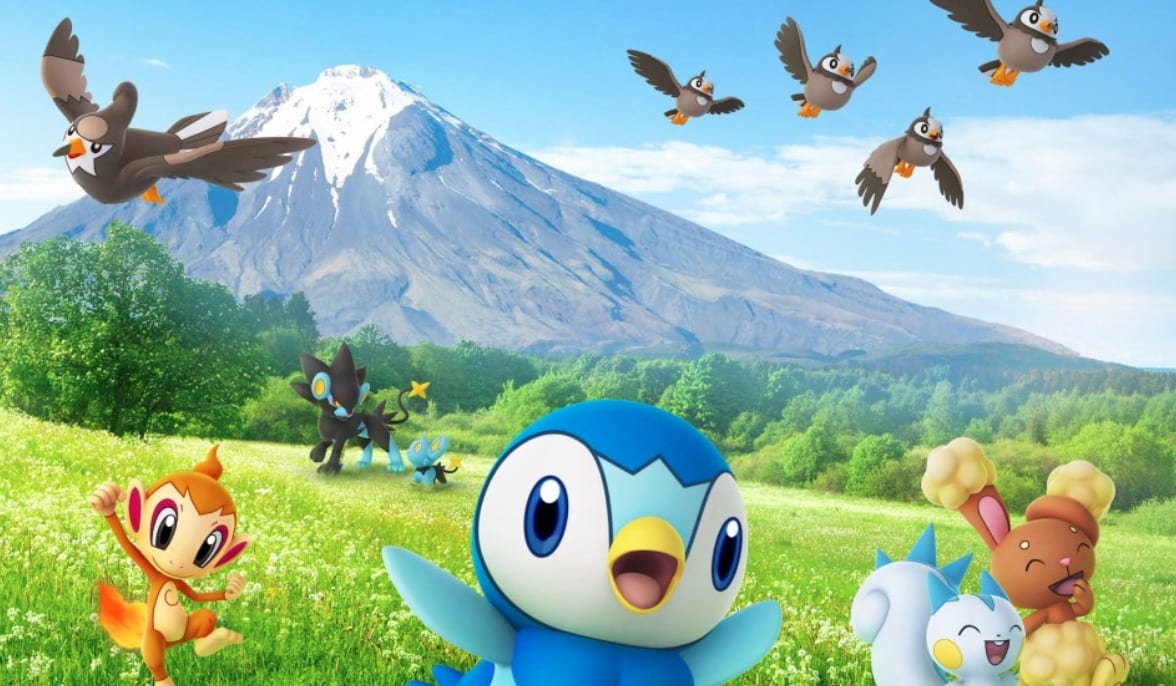 It’s been about five years since we’ve seen a new remake of a previous generation of Pokemon (I’m not counting Let’s Go Pikachu and Eevee) with Omega Ruby and Alpha Sapphire on the 3DS. Even though we’ve just received Pokemon Sword and Shield from Game Freak and Nintendo, Poke-fans are still hungry for a remake of Diamond and Pearl so that they can explore the Sinnoh region once again in glorious HD.

Well, there actually is a way to explore the Sinnoh region in full 3D but it’s via a method that fans might not have thought about –Minecraft.

A fan of Pokemon Diamond and Pearl has created the entire region of Sinnoh in Minecraft. Yes. Every single city, cave, town, and even beautiful Elite Four castle.

There are wild Pokemon scattered all about the world and they even have their cries from the anime of Pokemon and not the robotic noises that appear in the mainline games, bringing the world to life. You can even grab a Staraptor or other flying Pokemon and fly around the region as you wish.

If you want to see more videos from this YouTuber, you can check out this other Minecraft world that is a recreation of Castelia City from Pokemon Black and White.

For even more Pokemon content, do be sure to check out our review of Sword and Shield and a list of some of the creepiest Pokedex entries in the game.