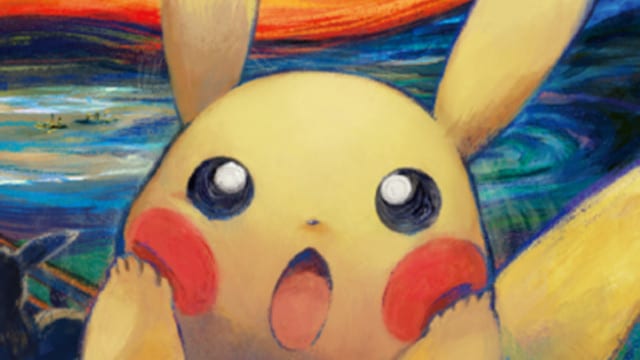 Throughout the Pokemon franchise, the Pokedex entries that are laid out for every trainer to look at are usually filled to the brim with strange, odd, and creepy stories pertaining to several Pokemon. And in Pokemon Sword and Shield, the odd Pokedex entries are back and here are just some of the weirder ones that you should know about…

This Ground/Ghost-type Pokemon is a new Galarian evolution of Yamask and it might be one of the scariest ones on this list. I’m honestly not sure why an actual trainer would want this on their team but it is a pretty good ‘mon to have on your team… even with its faults.

Its Pokdex description in Pokemon Shield is as follows:

“Never touch its shadowlike body, or you’ll be shown the horrific memories behind the picture carved into it.“

The picture of the carved stones looks to be some sort of ancient dragon lizard creature but since we don’t any horrific nightmares, I would recommend staying far away from Runerigus.

Remember that adorable pink Pokemon from Gold and Silver? Yeah, Corsola used to be one of my favorite Water-types from the Johto region but after reading Cursola’s bio in Pokemon Shield, I’m a little concerned for it.

Cursola is the Galarian evolution of Corsola and it’s not cute at all. In fact, according to its ‘Dex entry, it can basically harness the power of Medusa and turn you into… well, just read it:

“Be cautious of the ectoplasmic body surrounding its soul. You’ll become stiff as stone if you touch it.“

Stone. Yes, Cursola can essentially turn you into a stone if you touch it. No thanks –I’m good.

There are plenty of other Ghost-types out there that won’t kill me… I think.

Running in the woods is fun and all if it’s daytime and tons of people are around to keep you from harm’s way but imagine if this terrifying Pokemon used its abilities to lure you into the woods to do god knows what with you.

I don’t want that and I honestly don’t even want Morgrem on my team because who knows what it’ll do to you when you’re not looking. But, at the same time, it might help with your… crops? Okay.

“With sly cunning, it tries to lure people into the woods. Some believe it to have the power to make crops grow.“

Hattrem is an adorable Psychic-type Pokemon introduced in Sword and Shield that’s basically just a cute little witch with some stylish pigtails and a hat.

Don’t let its cuteness distract you though. Hattrem does not like any kind of drama or people who bring in strong emotions to the party.

Just read its Pokedex description in Pokemon Sword and you’ll understand what I mean:

“No matter who you are, if you bring strong emotions near this Pokémon, it will silence you violently.“

“Silence you violently.” I am not too sure just how “violent” Hattrem can be, but I would rather not find out.

Pokemon chomping down and making a meal out of another Pokemon has got to be terrifying to witness in the Pokemon world. Just imagine this Sizzliepede wrapping its fiery body around a cute little Pikachu, cooking it until it’s BBQ, and then proceeding to literally eat it until it’s gone forever.

What? That’s not okay. Who comes up with this stuff? Keep Sizzlipede far away from my team of monsters.

Read it for yourself:

“It wraps prey up with its heated body, cooking them in its coils. Once they’re well-done, it will voraciously nibble them down to the last morsel.”

Again, eating Pokemon just doesn’t feel right to me but apparently kids love doing it in the Galar region. Appletun’s skin in Sword and Shield is supposedly very tasty and makes for the perfect snack…

I don’t understand why these kids can’t just have a normal apple for a granola bar or an orange for a snack. Why does it have to be an actual living Pokemon?

I’m sure it’s very tasty but someone needs to tell these kids that it’s not okay to just munch on some Pokemon’s skin –it’s just not! I don’t care how sweet it is:

“Its body is covered in sweet nectar, and the skin on its back is especially yummy. Children used to have it as a snack.“

Are there any strange or creepy Pokedex entries that you guys have uncovered in Pokemon Sword and Shield? If so, feel free to sound off in the comments below and let us know what’s up!

Also, if you’re looking to actually get any of these Pokemon in the game (not sure why you would want to do that), make sure to check out our extensive Guide Wiki for Sword and Shield.