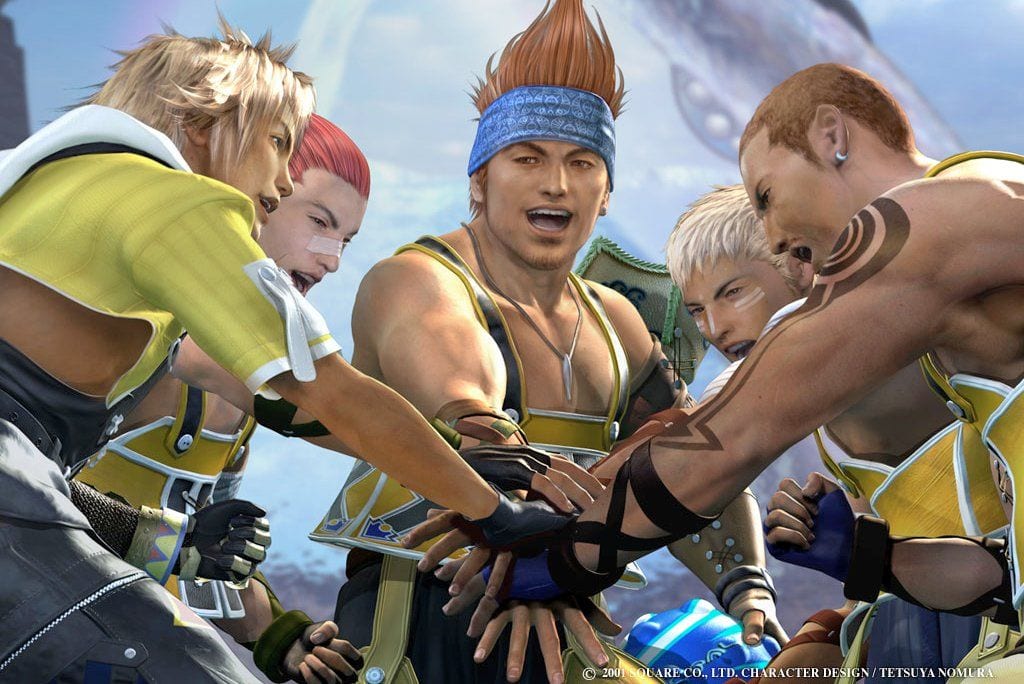 There’s a lot to love about Final Fantasy X. To this day, it still holds up as one of the best entry points into the series and has aged remarkably well. But if there’s one thing that even the most passionate FFX fans hate about this game, it’s blitzball.

Picture this: you’re having a great time playing through the story of Final Fantasy X. You’ve just arrived at Luca and it seems like you’re on the verge of making a breakthrough as far as Tidus’ past is concerned. You’ve just rescued Yuna from the Al Bhed and you’re excited to continue the story, but before that can happen, you need to finish the blitzball tournament.

And bam: all of a sudden, you’re slammed with like a hundred boring tutorial sections and videos about how to play blitzball. The rules and controls are so poorly explained that your eyes begin to glaze over and lose focus by the time you’re on the third section.

You think, whatever, I’ll just play the match and figure it out on the go. Can’t be that hard, right?

The first blitzball match you’re tossed into in FFX is the most unfair match of the game. The controls you start with are weird as hell, the Luca Goers all seem to have better stats than the Besaid Aurochs, nothing makes sense. The Goers score, you still have no idea how to play, you lose the match, and everyone is sad.

After that, the game even has the audacity to tell you that you can now play blitzball whenever you interact with a save point! As if it’s so proud of itself for that poor excuse of an introduction. The fact that Square automatically assumes that everyone would naturally want to keep playing the dumb mini-game after the mandatory match makes it even worse. Blitzball sucks.

Except, blitzball actually doesn’t suck at all. The first couple of times I played through FFX, I always dreaded the segment because it just seemed like a colossal waste of time and I never bothered trying to learn it. Blitzball’s introduction in Final Fantasy X is so tremendously bad and poorly thought out, it’s no surprise why so many fans hate it so vehemently.

I finally decided to properly learn the blitzball rules a few years later, on my third playthrough, where I was determined to unlock all the celestial weapons. And you know what? That first official match is still unfair as hell, but once you get past that, blitzball is really fun.

At its core, this mini-game is all about stats and numbers. Every player has several numerical values that determine how long they can dribble the ball for, how far they can pass or shoot the ball before it gets fumbled or intercepted, how well they can block a pass or shot, and how many players they can get tackled by before they drop the ball.

It’s all about the numbers, and once you start figuring out what those numbers mean and how to actually move your characters around the sphere, blitzball gets really broken, and very fun.

While the Final Fantasy series has never shied away from introducing little mini-games that you could play on the side, blitzball was on a whole other level in that it actually felt like a proper game within a game.

In the world of Spira, your job was to escort Yuna to the Zanarkand Ruins so she could complete her pilgrimage. But while all that’s going on, there’s a whole other sports league that you can take part in at the same time as well.

Easily the coolest thing about the Blitzball League was that you could recruit players from all over the world. Most NPCs you encountered in FFX were blitzball players, and you could check their stats and sign them on to your team for a set number of games.

Once you really got into it, blitzball evolved into yet another meta game where you would start hunting down the very best talent for your team and waiting for their contracts to expire so you could poach them.

Then there are techniques to think about. Tidus’ Jecht Shot is still the most OP move in the game, but there are other cool tackles you can learn to lower enemy stats, and it’s just so damn satisfying whenever one of your players levels up and learns a cool new technique.

It’s vastly different from the card-based mini-games of Final Fantasy where you had to win battles to get new cards. In Final Fantasy X, you pay to get new players for a length of time, win your way through the latest tournament to become the new champion, then do it all over again. It’s one of the most fascinating mini-games the series has ever seen, and it’s a shame that Square hasn’t attempted to do anything similar in future entries.

Blitzball still gets held back by some key flaws: matches are short and just end after five minutes unless it’s a draw, the introductory match is still really bad, and it’s possible to over-optimize your team to the point where you’re just crushing everyone else in Spira and this completely sucks any challenge out of the game.

Even so, blitzball is still one of the most fascinating and most intricate mini-games we’ve ever seen in the Final Fantasy series. It’s certainly not the best (that honor goes to Triple Triad), but it might be the most memorable and unique. Now just give me a reworked version of it in Final Fantasy XIV, and I’ll be happy.