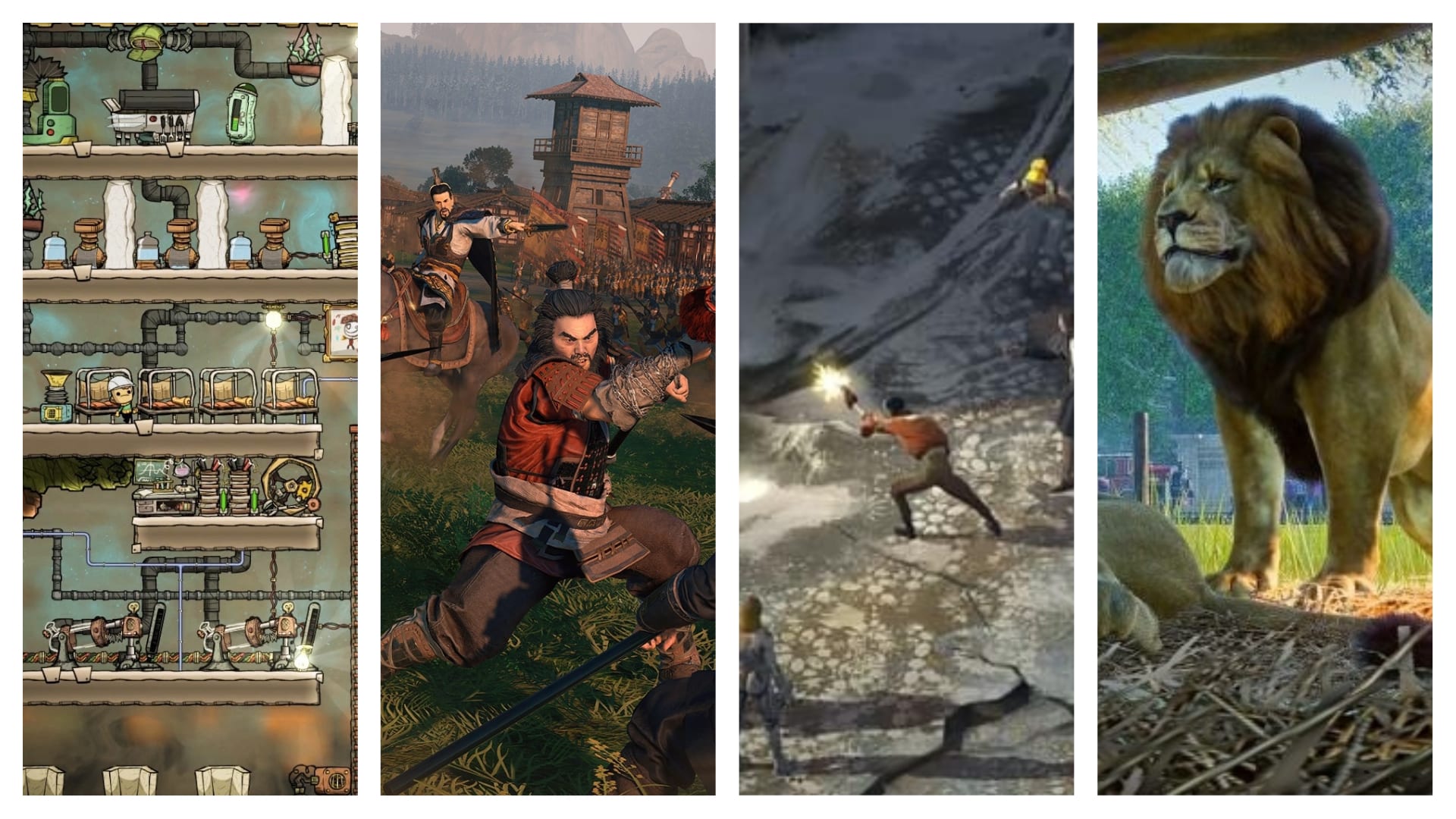 It’s award season here at Twinfinite! Let’s look back at the best PC exclusive games of 2019. Voted on by our editors, these were the best and most memorable games we played on PC, and can’t be experienced on any other platform at the time of writing.

Just like what Planet Coaster did for the theme park management genre, Planet Zoo updates all the features people liked about the old Zoo Tycoon games, and puts them in a beautiful package with powerful creation tools for creative gamers to leverage.

There’s really no competition for Planet Zoo, but if there was, the sheer scope of what is possible within the sandbox of the game would be its biggest asset over other similar sim games.

That’s because the core elements of the genre: purchasing and breeding animals, managing finances, creating the layout, and attractinv visitors are all there and Planet Zoo takes it all to another level.

There are so many animals that you can have in your park ranging from lizards to lions. You can start your own breeding program and slowly create a genetic lineage that produces the most healthy and appealing animals. There’s a reason we also mention Planet Zoo in our best strategy and sim category too because there’s so much thinking and planning ahead.

If you’re into this kind of stuff like I am, then Planet Zoo is one of those games that you buy or build a PC for.

Publisher/Founder Yamilia Avendano: The longtime early access darling, Oxygen Not Included, finally officially released in 2019. Which could have fooled anyone because what was apparently in Early Access was already a rich and full game that has provided tons of management sim fans on Steam hundreds of hours of entertainment. As well as Klei’s signature cutesy art style, to boot!

With Oxygen Not Included, you’re managing a colony that’s crash landed onto a meteor, hurtling through space. Sounds basic? Well, have you ever played a game where oxygen and gases took a forefront to the actual management?

Not only are you juggling the basic needs of these people… but oxygen is now a basic need to look out for as well as all the unbreathable gases that you can imagine. Boy oh boy, does air run out fast when you have people taking up a tiny space on a rock.

You’re going to be learning straight up gas laws while playing this game. Did you have a clue that Carbon Dioxide drops down? Yeah? You’re lying, play this game to learn more of those laws and get your hands on one of the best management sims to come out in recent years.

Contributor Khayl Adam: Total War Three Kingdoms is a triumphant return to form for Creative Assembly’s series of historical strategy games, marrying the best aspects of every previous iteration with some of the more supernatural elements introduced in Warhammer I & II.

With a much-needed overhaul of the games diplomacy system, a breathtakingly beautiful campaign map, and a nuanced and respectful approach to the source material, Three Kingdoms is a highwater mark for both the series and the genre.

It’s the kind of game that will keep you up late into the night, and one you will spend the next day thinking about.

It represents the culmination of almost 20 years of iteration and represents the distilled essence of both turn-based and real-time strategy at its very best.

Reviews Editor Zhiqing Wan: Developed by ZA/UM, Disco Elysium is one of the last-minute surprise hits of 2019. It has all the makings of a good, solid CRPG, but without the potential bloat of an overwrought combat system that takes up way too much time.

Disco Elysium shines best when you let yourself be immersed in the game world and writing, which can be absolutely brutal and bleak at times.

ZA/UM has done a great job of creating a historic sense of atmospheric tension in the city of Revachol, and every part of this game –the characters, writing, the environments– ooze with personality.

This isn’t just the best PC game of 2019, it’s also one of the most unique titles of the year.