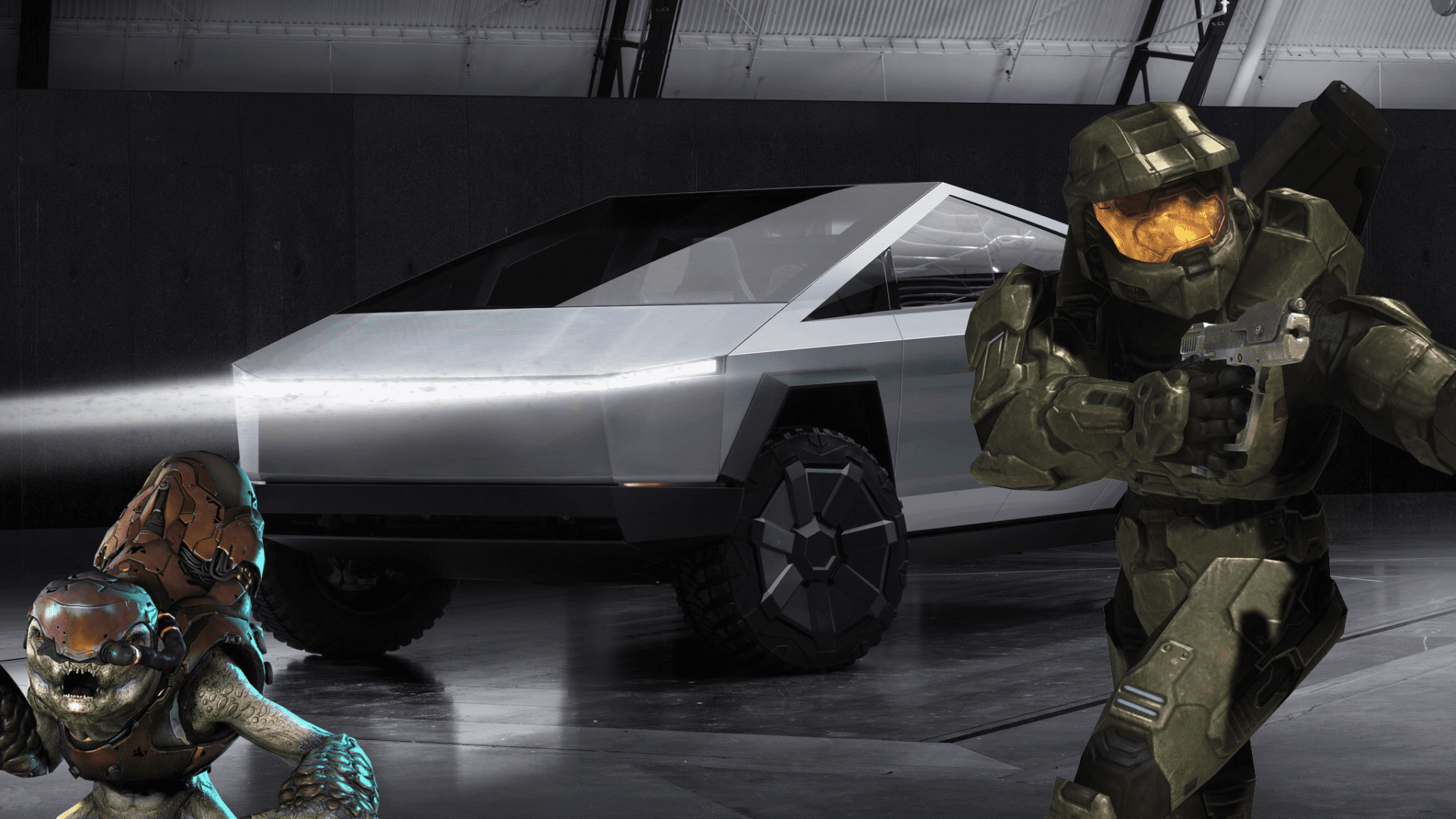 Just last night, Elon Musk, unveiled Tesla’s sixth vehicle during an event in California. The Tesla Cybertruck is an electric pick-up-truck with a nearly impenetrable exoskeleton, ultra-strong glass that can absorb force for improved performance and damage tolerance, and can do a bunch of other things that just sound completely bonkers. What we really want to talk about though is just how much this car looks like a vehicle from a video game, specifically Halo.

People are going nuts on Twitter comparing the Tesla Cybertruck to the Warthog from Halo, Lara Croft’s polygonal body shape from the PS1 era, and even those creepy, killer robots from Black Mirror.

If I had to choose one, I would totally pick the one on the left. It doesn’t look like it would suddenly come to life in the middle of the night and run me over…

Not sure what to say about this one.

But does it evolve into Cybertruck-Z?? We need to know.

Please keep it away from me. I just don’t trust anything that’s so pointy and metal and silver… never again.

Oh and about what we mentioned before, the windows can apparently withstand tons of pressure thanks to its “tough armored” glass. Let’s see how it stands up against a rock thrown by an Elon Musk, shall we?

Wow. That must’ve been a really hard throw from Musk or this Cybertruck needs some more upgrades from its vehicle skill tree.

Cybertruck is the wrong name. It should’ve just been called DestructionTruck — it sounds way better.

What do you all think of the new Tesla Cybertruck? Does it look like a video game vehicle to you or do you think it stands out on its own? Let us know your thoughts in the comments section below!