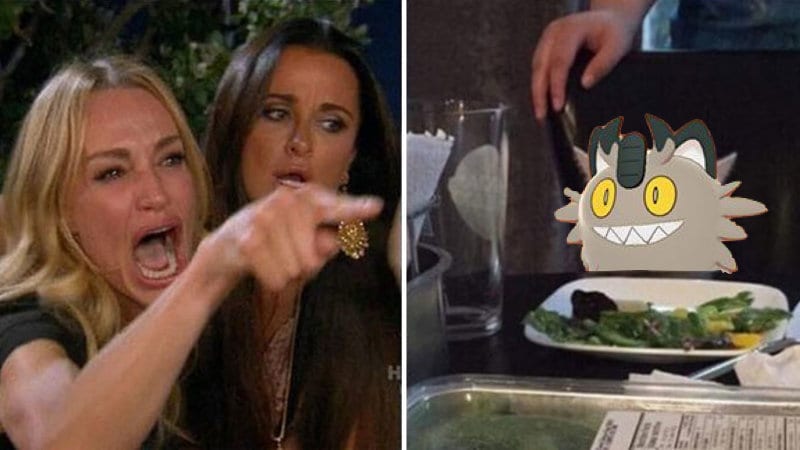 It’s a hard time to be a Pokemon fan.

This may sound like an egregious statement to make, considering that Sword and Shield have just released, and they are admirable additions to the beloved series. Of course they are. It would be naive to expect anything less.

The reason it’s hard, however, is because a rift has emerged in the fandom, the likes of which has never been seen before. Depending on who you ask, you’re either tipping the extremes as a purblind acolyte ignoring the game’s flaws, or spewing vitriolic hatred online while submitting petitions to the White House to have them banned.

The latter group rallies under hashtags like #BringBackNationalDex, #GameFreakLied and, of particular note, #PokemonDeservesBetterGames, which was doing the rounds before anyone had even had a chance to play the game.

It’s toxic, bitter and entitled, and a sad reminder that diverting from the established norm can raise the ire of a fairly docile fandom. Pikachu may be the franchise’s mascot, but a vociferous section of the community would be better represented by Skuntank: it’s dark, it’s poisonous, and it stinks.

Let’s talk shades of grey. They do exist, down in the depths of that chasm, considering both sides and trying to decide whether the perceived injustices are enough to deter them from investing in Sword and Shield. It’s where most people sit, assuredly, but their voices aren’t quite as loud and their hashtags not nearly as ruinous.

You can count myself among them at the present moment; swinging on a pendulum between playing a game I know that I’ll inevitably enjoy, and feeling a desire to express my disapproval through abstaining.

Personally, I’m disappointed that the National Dex is dead. As someone who has dabbled in competitive battling, I sunk hours into hatching thousands of eggs in the search for perfect IV Pokemon with the right ability. Now, my Ampharos, or my Sawsbuck, or even my Dragonite, are null and void, banished to oblivion.

These omissions are sad. But I can accept them, if they were indeed made for the right reasons. When the series did a soft reset in 2003 with Ruby and Sapphire, I didn’t really bat an eyelid. These were new games, after all, with new Pokemon, and I was willing to try something different and fresh.

Fast forward all these years later, and most of those critters we first took into battle with us in gen 3 have suddenly been forced into retirement. We’ve been spoilt with backwards compatibility for a long time, and to have it in even a reduced capacity feels like a downgrade.

What I have realized, however, is that two particular omissions have cut right into the heart of what made me a Pokemon fan over twenty years ago.

I recently discussed the favoritism Charizard has received in the series, when it was revealed to have a Gigantamax form. What I didn’t know at the time, however, is that Bulbasaur and Squirtle are completely absent from the titles. Sure, things look promising for their eventual inclusion, with data buried in the code that suggests they’ll be distributed somewhere down the track, but as currently constituted, Charmander is in the game, and they are not.

And that bugs me. It bugs me a lot.

Starter Pokemon are on another pedestal. Whether trainers started in the early days of Kanto, or they tagged along for the first time in Alola, they all had to make that choice of which Pokemon they would begin their adventure with.

Sure, to some, it’s an arbitrary decision. These are just fictional creatures in a video game, after all, and assigning some sort of affection to them beyond that may seem irrational. For others, however, it resonates. You had a decision about how you would tackle the wild world of Pokemon, and you opted for either grass, fire or water.

They each have their strengths and drawbacks, their own roles to play in endgame team building. It should be up to the discretion of the player, but along the way, we seem to have been given constant hints that there’s really only one ‘correct’ choice.

It feels like an indictment on me, somehow. Had all three Kanto starters been absent, all things would feel equal. But here we are, with Charizard front and center, and my preferred starter being treated as inferior. Moreover, as it is the champion’s prized Pokemon, it’s shoved down my throat to an obnoxious degree.

“Oh, Leon, your Charizard is so cool!”

“Wow, Leon, we could never hope to beat your Charizard!”

“You say you want a Blastoise, Leon? Never heard of it…”

Honestly, it shouldn’t be this way. It shouldn’t matter in the slightest. But it’s just a testament to how deeply the Pokemon franchise resonates with me. I love it, I accept it, I embrace it, but in this instance, it feels as though it has rejected me somehow.

This isn’t to say that anyone who buys the game is wrong, of course. Neither are the people who refuse to give it a chance, so long as they’re not spewing hateful nonsense about it on social media. My lost purchase won’t amount to much — it’s eerily similar to Homer Simpson yelling that Moe Szyslak lost a customer, only to be drowned out by the surrounding noise of his success.

I’m a drop in the ocean, operating solely out of principle. But I’m a minuscule part of a bigger problem, in that my expectations were challenged with Sword and Shield in a way that bothered me. Others who feel similarly have reacted with more volatility, sinking the user review scores on Metacritic and hounding websites that dare speak of the games positively.

The angered members of the community aren’t looking at what Pokemon Sword and Shield do right, so much as how they feel it has done them wrong, personally.

Heavy is the head that wears the crown, and Pokemon is one of the biggest media franchises of all time. Its own reputation has become something of a detriment, as it comes with burdens so unwieldy that it simply cannot stray from the path it has laid through generations of success.

By diverging too far from the norm — whether it’s to rebalance the metagame, to cut down on grueling working hours, or whatever the reason may be — the product’s reputation has had to bear the brunt of the consequences.

And it’s truly quite sad. The community managers behind Pokemon’s official social media must dread sifting through their notifications, and purportedly, the morale at Game Freak has been at an all-time low. Maybe over time, this will all blow over and people will judge Sword and Shield based on its merits, rather than its reduced roster.

For now though, the luster surrounding these games feels tarnished or blemished. Seeing Bulbasaur and Squirtle make their return will be enough to appease me, but I’m fairly easy to please. Getting the more disgruntled members of the Pokemon fandom back on side will take a whole lot more than that.