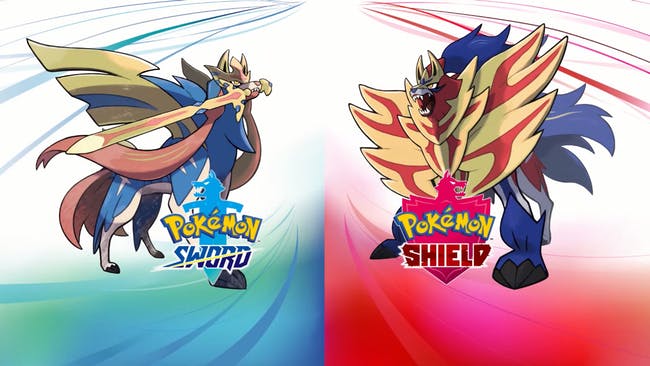 The Pokemon series has a long tradition of including legendary Pokemon with each release, powerful creatures that are exceedingly rare. Here is how to get Zacian and Zamazenta in Pokemon Sword and Shield.

It should be noted that you can only get a single Legendary per playthrough, and the particular beast you receive depends on whether you own Sword (Zacian) or Shield (Zamazenta).

How to Get Zacian & Zamazenta in Pokemon Sword & Shield

Whereas in previous games you could attempt to catch a legendary before the game was over, in Sword and Shield you will need to have won the Championship Match before you can attempt this final challenge.

Once you have won the Championship Match and the credits have rolled, boot the game back up. You will find yourself back at your home, where your adventure began.

After a short interlude, you will be given a Master Ball to commemorate your victory. Hang on to it, it will be best used to capture your elusive prey.

Go to the Slumbering Weald

Make your way to the Slumbering Weald, where you encountered that mysterious Pokemon so long ago. If you don’t remember where that is, when you are outside of your home, head to the left of the screen.

Here you will be challenged to a battle by Hop. It isn’t difficult, battles with Hop rarely are!

Once you are victorious, you will then be engaged by one of two brothers who claim to have royal ancestry, the fantastically named Shielbert and Sordward.

They use a variety of Fighting and Steel type Pokemon, with different configurations depending on the version you are playing. A Fire type will serve you well here, but they aren’t too difficult.

After defeating the brothers, your mission now will be to overcome a series of Dynamaxed Pokemon at several of the gyms that you visited on your journey.

Simply follow Sonia’s instructions and defeat the Pokemon you will come up against. There are seven in total, and your journey will take you across the length and breadth of the Galar region.

It’s a lengthy process, but nothing too difficult, and there are some cool story moments along the way.

Eventually, you will make your way to the basement of the Hammerlocke Stadium, where you will again battle one of the royal brothers.

They still use a variety of Pokemon (mostly Steel and Fighting types), that range from levels 60-65, but as long as you have an appropriately leveled Fire type Pokemon, there is nothing here you can’t handle.

Once you are victorious, make sure to save your game! You are only going to get one shot at this next part. When you are sure you are ready, take the elevator at the back of the room to the roof of the building.

Defeat and Capture the Legendary Pokemon

You will first be faced with the Legendary Pokemon that is not available to you.

So if you are playing Sword, you will face Zamazenta, and if Shield, Zacian.

You cannot capture this Pokemon, so don’t even try. Be sure not to use your Master Ball here, as it would be a tragic waste.

Zacian is Fairy/Steel Type, and so you are going to want to counter this with either a strong Fire or Ground type Pokemon of your own.

Zamazenta, meanwhile, is a Fighting/Steel type. This is convenient, as it means the best counter to both is always going to be a Fire or Ground type of your own.

Once defeated, your version’s legendary will join the fight, and you can capture it now by using your Master Ball.

It is possible to capture your version’s legendary with an Ultra Ball, but it can be very difficult. If you reduce the target’s health to critical and inflict a status like sleep upon it, it can be done.

But, honestly, just use your Master Ball. It is what it is for, after all!

While you might think this quest is over, there is one final step. Return to the Slumbering Weald.

There you will find Hop, who will capture the other Legendary Pokemon. You will battle him now one last time. This will be the final battle before the games true ending, so hold nothing back.

That’s everything you need to know in order to get Zacian and Zamazenta in Pokemon Sword & Shield. For more useful information on the game, head on over to our extensive guide wiki.

Here are some examples of the content you can expect to find there: