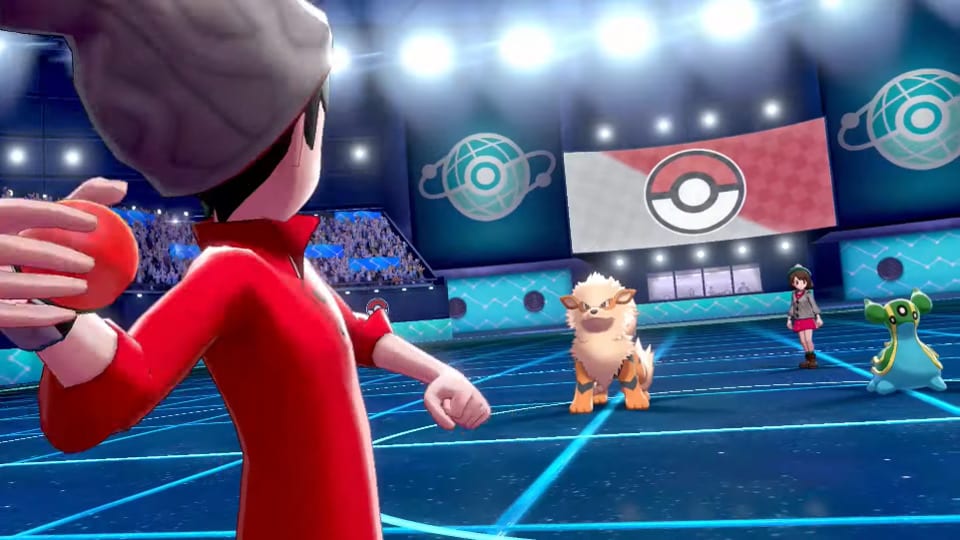 If you’re a casual Pokemon player, you may feel intimidated by the thought of competitive battling because there are so many factors to consider, such as abilities, natures, IVs, EVs, and egg moves.

After all, you don’t actually have to know about any of these things to enjoy the main story of a Pokemon game.

But if you’ve been wanting to dip into the competitive scene, there’s good news: in Sword and Shield, it’s easier than ever to get into competitive battling.

Creating a team for competitive play used to take dozens of painstaking hours. In previous generations, the best method was through breeding.

You’d start by catching a Pokemon with the right nature and giving it an Everstone so it has a 50% chance of passing it down to the child.

You’d also want it to inherit the right ability, an 80% chance of being passed down. For hidden abilities, it could take even longer since you’d need a parent who already has that ability.

Even after passing down the correct nature and ability, your Pokemon still would need six perfect IVs (individual values). These values range from 0 (worst) to 31 (best), so if you aren’t already using perfect Pokemon to breed, it could literally take days to randomly roll six perfect 31 IVs.

Once you’ve hatched hundreds of eggs to get the right nature, ability, and perfect IVs, you’d move on to training EVs (effort values), which means several hours of battling certain Pokemon. Before Sun and Moon, EVs weren’t even visible, so you had to keep track by hand.

If you wanted your Pokemon to have certain moves that are only available through careful breeding (egg moves), then there would be even more steps to this already complicated process.

Now take everything you just did, and do it five more times to get your full competitive team. Yeah… it was a lot.

If all of this gave you a headache, you’re not alone. That’s probably why Game Freak decided to simplify the process for players to get a perfect competitive Pokemon.

In Sword and Shield, everything that was just mentioned has been streamlined in some way to make it much faster and easier to understand.

For natures, new items have been introduced that can change a Pokemon’s stats to mimic a different nature. No more catching or breeding a dozen Pokemon until you get one with the right nature.

IVs have also been simplified so you don’t have to rely on complicated breeding strategies. Sun and Moon introduced Hyper Training, which used Bottlecaps to quickly raise the IVs of any level 100 Pokemon. Bottlecaps also returned in Let’s Go.

EV training will be way quicker in Sword and Shield thanks to a change in supplement items like Iron, Carbos, and Protein.

Before, these items would only raise EVs up to 100. Now, they’ll be able to raise those stats to the max. It also appears that these items will be more common; an official video showed the player having 40 Proteins.

Egg moves also got a surprising change in Sword and Shield. They can now be passed between Pokemon of the same species. It’s easy to imagine people lending out Pokemon with these special moves so they can be passed to another in order to avoid the hassle of breeding.

As for abilities, while recent games have had capsules to change a Pokemon’s ability, there’s no word yet on how hidden abilities will be obtained.

However, if Game Freak has been making everything else easier, it’s reasonable to think this will be made easier too. Worst case scenario, it’s the only thing that will have to be bred for.

All of these features make the process of breeding a perfect Pokemon so much more straightforward than it used to be.

There’s one more bonus that you may have not considered: all of these things can be done to make an already existing Pokemon a battle-ready competitor.

In previous generations, the Pokemon you’d use in your play-through would typically not be fit for post-game competitive battling. In Sword and Shield, though, the bond you form with your team can last long after the main story ends.

The fact that it is now possible to alter all of the stats of the Pokemon you’ve built a connection with over the course of the story is one of the biggest game-changers of the series. It feels more meaningful to build a single Pokemon up to perfection rather than discarding hundreds of eggs until you finally get what you need.

Once you create your competitive team, consider using them in Sword and Shield’s first online competition this December.

Which Pokemon are you looking forward to training into a perfect competitive fighter in Sword and Shield on Nov. 15? Let us know in the comments below.