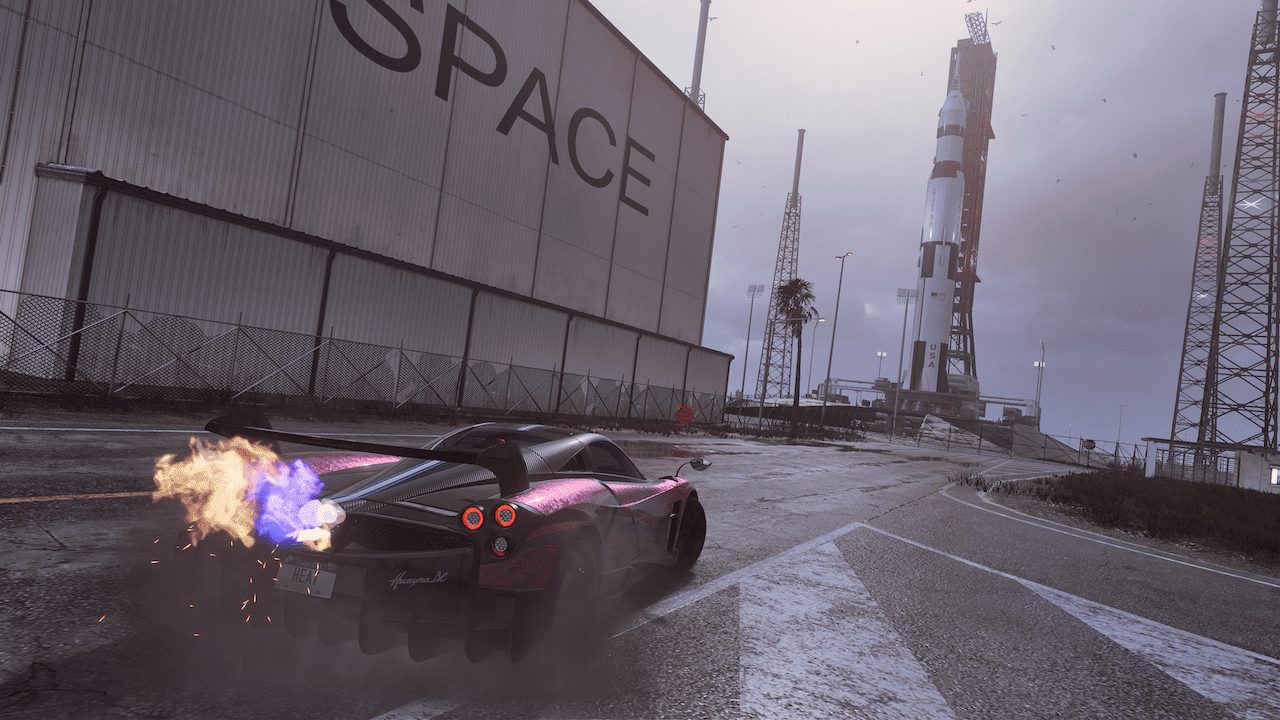 Need for Speed Heat is Ghost Games’ fourth game in the series. Most would agree that their titles have been on a steady decline since Need for Speed Rivals released in 2013, but Heat manages to pick their track record up slightly.

Ever since Rivals, police pursuits just haven’t been the same. Ghost Games aimed to change that with Heat, and they succeeded for the most part. The cops in Heat’s Palm City are given plot motivation and a violent disposition.

One of the game’s main positives is how the police force feels determined enough to actually take you down by any means necessary. On Heat level three and four, the chases will have you frantically looking for ways to escape. On Heat level five, you might as well turn off your car.

Some players feel that these high-Heat chases are far too difficult. There’s definitely some merit to that argument because Need for Speed Heat doesn’t exactly provide players with many efficient ways to fight back.

Looking back, some of the best games in the franchise with police pursuit gameplay elements gave racers multiple effective evasion options. Need for Speed: Most Wanted (2005) had iconic pursuit breakers, while Hot Pursuit (2010) and Rivals provided high-tech, Batmobile-like abilities.

Those games allowed players to outsmart and outmanoeuvre the AI with various tools at their disposal. Unfortunately, the same can’t be said for Heat.

The game offers auxiliary parts as performance upgrades that are meant to make police evasion easier, but they feel nearly useless on Heat levels four and five. There are very few reliable ways to get out of those sticky situations.

Another aspect of Need for Speed Heat that deserves a bit of both praise and criticism is the presentation of its setting. This fictional version of Miami comes alive and feels dangerous at night, but the polar opposite is true of the quiet daytime gameplay.

Heat’s neon-lit streets are striking and vibrant at night, but the game fails in populating its streets during the day. Bizarrely, Heat’s take on Miami outside of races makes it feel a bit like a ghost town when the sun is up.

Palm City’s environments don’t feel nearly as open and varied as the maps in previous games. Even with all its shortcomings, Need for Speed Payback had a believable amount of traffic on roads along with some pedestrians in certain urban areas.

Need for Speed (2015), Payback, and Rivals each had more dense maps that felt alive. The latter two’s settings were especially diverse as well. Palm City just doesn’t have the same variety as Fortune Valley or Redview County.

It’s odd to see that Palm City’s fictional Miami setting is a much less interesting cityscape than Fairhaven’s Pittsburgh/Boston mashup in Most Wanted (2012).

Despite that detractor, racing around near the cops is still a joy that feels like a huge risk, unlike in Payback and Need for Speed (2015). The game forces you to think twice about having a bit too much fun at night.

Being penalized by losing large chunks of precious Bank and REP is a great way to make the police feel threatening. Palm City only feels truly alive at night, but the tense moments are the best ones in the game.

Outside of those chase moments are a few event types that are implemented in an excellent way. Money and REP aren’t earned all at once like in previous entries.

Bank comes during the day, and REP is gained at night. This creates a fairly satisfying gameplay loop. You’ll need to play day events to buy parts and cars that you unlock with REP by winning night events.

The eternal night of Need for Speed (2015) and the day/night cycles of Rivals and Payback are thrown out the window. You pick a time of day and stick to it for the payout that you want.

Payback and Need for Speed (2015) had a number of event types woven into the story to make the use of multiple cars somewhat of a necessity. The latter even had nine event options, including gymkhanas.

In contrast, Heat can be completed by participating in whichever events you’d like. This is a positive for the freedom given, but could be a negative if you’re trying to find reasons to play drift, off-road, or time trial events beyond obtaining new car rewards.

The most recent Need for Speed titles have gone for more cinematic approaches when it comes to their stories. Heat is no different, and it actually manages to pull off a solid, albeit short, campaign.

It may be too soon to say this, but it seems as though the series has done away with cheesy FMV cutscenes in favor of more distinct player characters.

Need for Speed Payback’s action-filled story might have gone a bit over the top with the number of scripted events, but Heat is considerably more toned down.

With a relatively short campaign and a voiced customizable character, Heat opts for a more personal story that wins out over the flashier Payback and goofier Need for Speed (2015).

Need for Speed Heat is by no means perfect, but it’s a commendable step in the right direction after the last two instalments. It adds well-implemented new features while bringing back some of the customization and police-related thrills that fans were missing.

Need for Speed Rivals still has it beat, but hopefully, this entry can be taken as a sign of better things to come.

If you’re still looking to know more about the game, check out our Need for Speed Heat review.