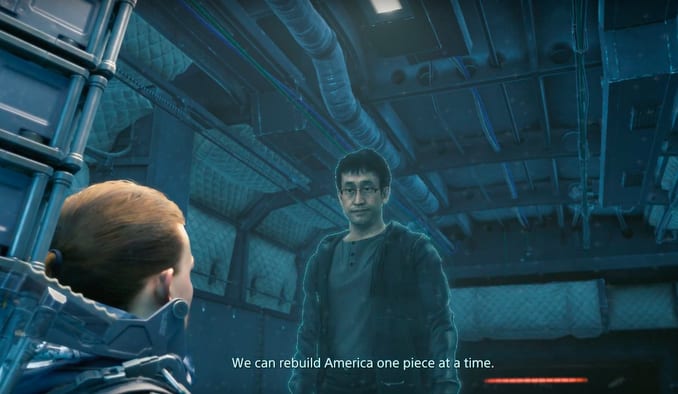 Death Stranding is filled to bursting with celebrity cameos, though if you’re a manga fan, you’re probably more concerned with finding one in particular. That’s why we’re here with a guide on where to find Junji Ito, otherwise known as The Engineer, in Death Stranding.

Where to Find Junji Ito in Death Stranding

After reaching Chapter 3 in Death Stranding’s story, you’ll be tasked with completing the usual array of deliveries and missions to advance further into the game. One in particular will see you travel to a small settlement to the south of Lake Knot City, where you’ll meet an engineer capable of helping you craft new equipment.

The mission needed to add him to your list of available allies is simple too. All you need to do is travel to his settlement with the necessary cargo, and upon delivering it, you’ll connect him to the Chiral Network.

Once you’ve done this, you’ll be treated to a hologram of The Engineer standing in front of you, modeled after none other than the horror manga legend Junji Ito himself.

As for why you should find Junji Ito’s cameo in Death Stranding, it’s a bit of a doozy.

After finding The Engineer, you’ll be able to craft the Power Skeleton, a piece of equipment that allows you to better maintain your balance on terrain at the cost of your hips’ cargo carrying slots.

This makes traversing the game’s landscapes significantly easier. Plus, as you increase your connection level with The Engineer by completing jobs, you’ll gain access to higher level schematics of the Power Skeleton with increased effectiveness.

Hopefully this cleared up how to find Junji Ito’s cameo in Death Stranding. For more on the game, check out our guide wiki as well as our guides on hot topics like how to throw cargo and how to get Sandalweed.