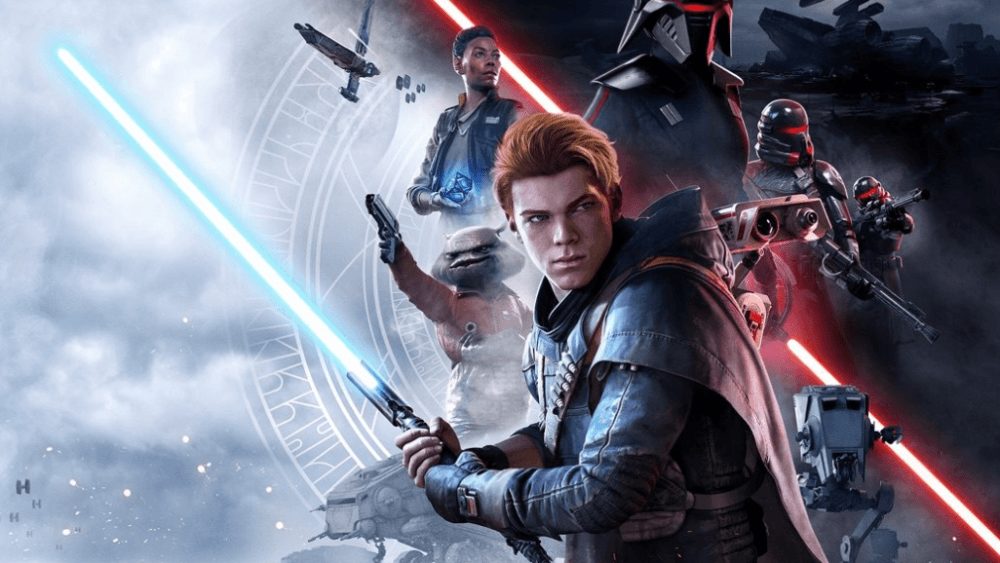 Star Wars Jedi: Fallen Order was a big surprise when it was announced, a completely single-player title from Respawn, the makers of Titanfall.

With a new Star Wars experience right around the corner, we had the chance to learn all about the game’s design, Respawn’s collaboration with Disney, combat design, and more.

Talking to Producer Blair Brown and Lead Combat Designer Jason De Heras, we learned plenty of details. You can see the full interview down below, which has been condensed and lightly edited for clarity.

At the same time, if you want to see even more on Fallen Order check out our full hands-on preview, or all the little details we learned.

Hayes: The first question I have after playing; with the style of game that Fallen Order is, and the Star Wars series being so well-known, how are you approaching difficulty to kind of allow more players who are just interested in Star Wars?

Jason De Heras: Well, difficulty modes I think is a big one. We knew kind of from the beginning, we wanted twitchy reaction-based parrying and that type of stuff, and we knew that’s not necessarily the greatest mechanic for everyone, because of the human reaction time.

I think those are two big factors for making it accessible for everybody, because we want it for us hardcore gamers to be challenging and fair, but also for people that may not like the melee combat. We’re conscious of that and we want Star Wars fans that may have not played games at all, or very little, to enjoy it.

Hayes: What was the process like of creating a brand new character in the Star Wars universe, creating Cal? How much back and forth did you have to have with Disney?

Blair Brown: Lots. But not in a bad way at all. Super collaborative, they’ve been great at kind of letting us come up with whatever we want and then working with them to make sure it fits in the timeline we want, or just in the IP in general. So creatures we might be like ‘this is a creature idea’ and they’ll say ‘that’s really cool, maybe we should tweak these three things so it fits with something that would be on Kashyyyk,’ for example.

Then working specifically on Cal, Greez, and Cere it’s just we have an idea for a character, the arc we want to tell with them. Cal being like the Padawan not fully fleshed-out, and some other things you’ll find out when you play.

We have a call with them every day depending on which department it is, they’re at the studio a lot. It’s just constant collaboration, so we’ve never had to make sure it fits into this mold so Lucas will let it be. Constant back and forth to help make the characters better, and the creatures, all of that.

Hayes: In the demo, I saw a little bit where you see a holocron with Obi-Wan. Is this game going to tie into the extended universe in a big way, or is it more of a side story?

Blair Brown: So it’s all canon and they’re all real people now in the timeline. You’ll see when you play through it how much it ties into some of the other properties, and movies, show, all that kind of stuff.

But it’s also, this is our first game with Lucas and maybe we can expand more as they go, or maybe they’ll take BD-1 and put him in his own cartoon, or maybe we’ll see these people appear in other different properties.

So it’s like, making real canon for Star Wars is a huge responsibility, but it’s also like ‘Oooh, where can this go.’ So I don’t think it’s a side story.

Jason De Heras: We want to make things as memorable as possible, and thread it with true Star Wars fans. Thread it to whatever makes sense, so it feels like it’s part of a bigger picture.

Blair Brown: We’re always thinking about what’s next, and that’s all we’re gonna say about it. (laughs)

Jason De Heras: First with combat design we had to look at Jedi Academy, because if we didn’t we’d be fools. We looked at a lot of other games, but with Star Wars it’s specifically that because it’s the lightsaber game a lot of people talk about. It’s very quick-killing so that was a good primer to get us in that mindset, that lightsabers need to be lethal and ‘okay when was kind of the last lightsaber game that was kind of twitchy.’ So we definitely looked at it.

Blair Brown: Yeah I don’t think anything specific, more so a collection of all of our influences. To work on this team you have to be into Star Wars and into melee action games, so we all play every game that’s out, every game like that. We all have our own favorites, but there was no directive of it’s gotta be like this game.

That just comes through with you as a developer being influenced.

Jason De Heras: And as a gamer. I mean you play things and you know what feels right, and you just kind of carry those instincts into game development.

Hayes: This is the first single-player only game by Respawn, but you got a lot of praise for the campaign of Titanfall 2. Was there anything in Titanfall 2’s campaign that served as a basis for Fallen Order?

Jason De Heras: Not directly, we just know as Respawn developers there’s a certain standard we want to hold ourselves too. Obviously, on the team we have a lot of veterans and people with good backgrounds, but we’re two completely different teams with two completely different resources. In terms of that there’s no direct takeaway other than there’s a quality bar that Respawn wants to always stay at.

Hayes: We saw this with Battlefront 2 as well, there are very specific sound design aspects that Disney wants. How does that happen in development, how do you adhere to that feeling of Star Wars in terms of sound design and visual design?

Blair Brown: Lots of reference material. We have access to things that no one has access to outside of Lucasfilm, which helps a ton. Also, working with Lucasfilm so closely we’ll be in meetings and they’ll just be like ‘oh this kind of reminds me of that thing from the Clone Wars, maybe you could base it off of that.’ Then they’ll send over whatever the audio reference might be for that or some pre-viz that no one’s ever seen before.

Having the resources of Lucasfilm has been huge in keeping it authentic.

Hayes: It seems like there’s a very clear vision with the game’s design. Like you said with the fast-paced melee combat. The game that you have now, was that always the vision from the start of the project, or has it changed?

Jason De Heras: I’ve been there since the beginning, and that always has been the core vision. Swift, responsive, thoughtful combat and then exploration using your powers for traversal in a Star Wars universe.

And yeah it’s evolved, but the core pillars and foundation have always been that. Something that Stig — it was like a team of five or 10 of us — and we slowly started putting the pieces together. Obviously we have a huge team now, a big enough time to realize the vision.

Blair Brown: The clarity of that vision helped when we started to onboard, around when I joined. It just made it very clear that this is the game we’re making, and everyone who came and wanted to work on this team played through the early demos and was like ‘I get this and I want to be a part of it.’

Hayes: It seems like the story is a very ‘light side of the force-focused story.’ We’ve seen dark side stories, but what was the focus with having a light side-focused story, instead of having Cal be involved with the dark side in some way.

Blair Brown: It was a choice from the start that we want to tell a Jedi story. Especially to have the name Jedi behind it, we wanted it to be very clear that this is a young padawan on the light side, and growing that way. Lucas was super behind that, and so were we, so it was never really a question of what if he becomes a Sith.

Hayes: How have you struck the balance in Fallen Order with having familiar locations that players can visit, versus new locations. Did you want players to experience mostly new locations, or have familiar ones to ground the game within the universe?

Jason De Heras: I think it was like a half and half roughly, right?

Blair Brown: I think it is almost, yeah.

Jason De Heras: As developers we want to create something new and bring it to Star Wars fans. At the same time, I like threading stuff through the established universe and being like “oh that’s cool, I remember that from that show or comic.” It’s all a believable kind of macro universe, and that’s something that Lucas has been behind.

Blair Brown: Even the planets that we already established in canon we’ve added something new to, so it’s been a different but fun challenge. As opposed to just building new planets, which we’ve also done, which is its own unique challenge.

Hayes: At any point did you consider putting multiplayer elements in Fallen Order? Not necessarily PvP, but a lot of games of this style have emergent elements.

Hayes: With next gen coming right around the corner, next year, as developers have you looked at moving Fallen Order to that, in any way?

Blair Brown: That’s not on us. (laugh) No we just are focused on hitting this ship date on this title. So if we do something in the future, on next gen, we’ll see what comes. But I think we’re all going to take a vacation first before we move on to the next things. (laughs)

Star Wars Jedi: Fallen Order will be available on Nov. 15 for Xbox One, PS4, and PC.