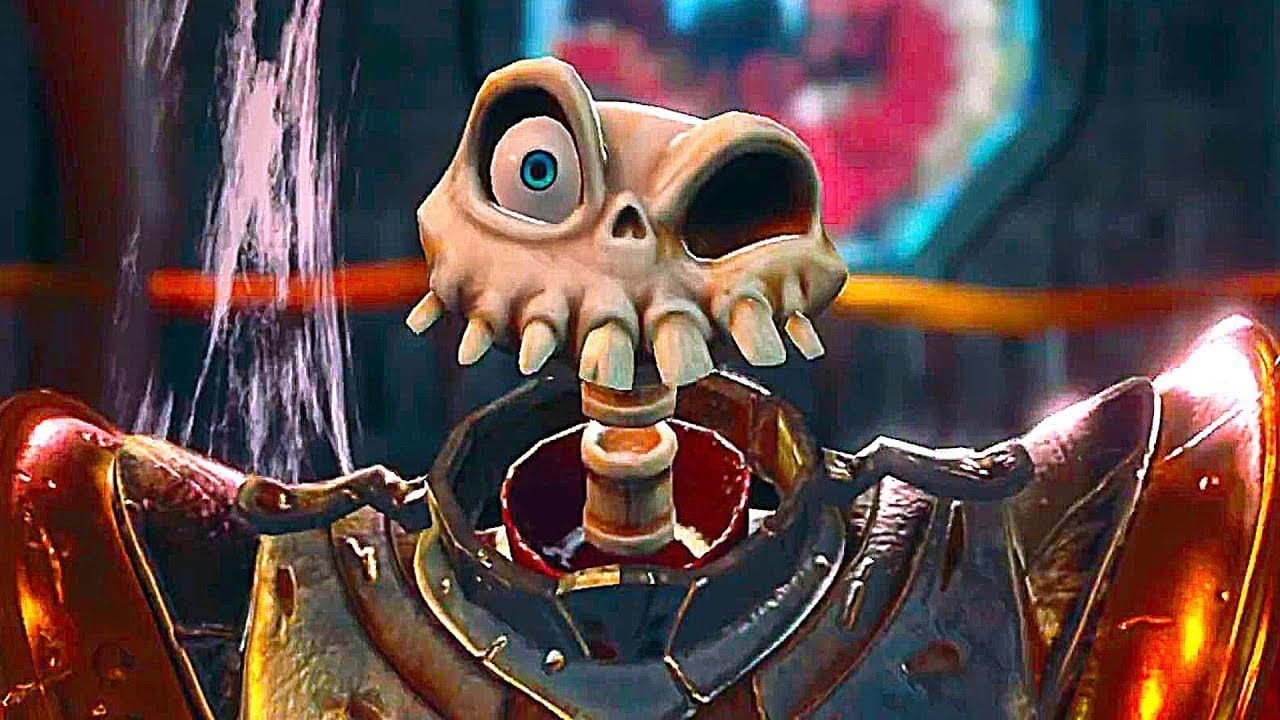 MediEvil PS4 is a very faithful remaster of the original classic from the PS1. While the visuals have seen a major overhaul, the gameplay remains very much intact. That means the dreaded Scarecrow Fields level is still just as hard as it was before. Here’s how to beat Scarecrow Fields in Medievil for PS4.

How to Beat Scarecrow Fields in MediEvil PS4

Our object in this level for this guide is just to survive to the end of the level. If you want to get the chalice and explore more, we suggest just playing through for a clear first so you know where you need to go and then return.

The reason we suggest getting a clear first is that because most levels in MediEvil PS4, require you to be constantly on the move. You really don’t have a whole lot of time to explore, and you need to be going from point to point just to survive.

This is because of the damned Scarecrow enemies which are practically invincible and will relentlessly chase you into a corner and slice you up until you’re dead. There’s almost no time to stop while exploring Scarecrow Fields.

First, make sure you know how to use your charge attack which you should have unlocked after leaving the Graveyard. You do this by pressing R1 and moving. You’re going to be using this almost constantly in Scarecrow Fields to get away from the Scarecrows.

Head up the path until you see a cart blocking the road. Go over to the right side of it and if you’re in the right spot you should see a prompt to kick it with Triangle.

Then head right into the penned off area to your right and fight the Imp machine. Equip your hammer if you have it or a club if you don’t.

You need to go underneath its legs, and then use a fully charged hammer attack (hold Circle) right by its legs to damage it. Do this four times or so and then its back will be exposed and you can hit the Imp inside. Switch to throwing knives or your crossbow to finish the Imp inside off.

Grab the rune, go back to where you just came from and enter the barn using the rune you just got. In there will be another rune that you can use to open the other side of the penned area where you just fought the Imp.

Follow the path right into another penned off area where you’ll find a second Imp machine. This one will fire projectiles at you but the strategy is the same as the last just be careful not to get hit too much.

After you beat the second Imp machine, you’re going to be at the cornfields. Your goal is to get to the windmill out in the distance to the right. If you’re at the right one, you’ll pass through some damaging windmill blades into another small enclosure with a giant steam roller-like machine.

From here, the path to the exit of Scarecrow Fields is quite straightforward. You just need to make your way through the various trap rooms. None of it is as difficult as what it took to get to this point. Just dodge the spinning blades in each room and you’ll be on your path to the exit, mercifully.

That’s all you need to know for how to beat Scarecrow Fields in MediEvil for PS4. For more tips, tricks and FAQs answered search Twinfinite. If you’re interested in our full review, you can check that out here.