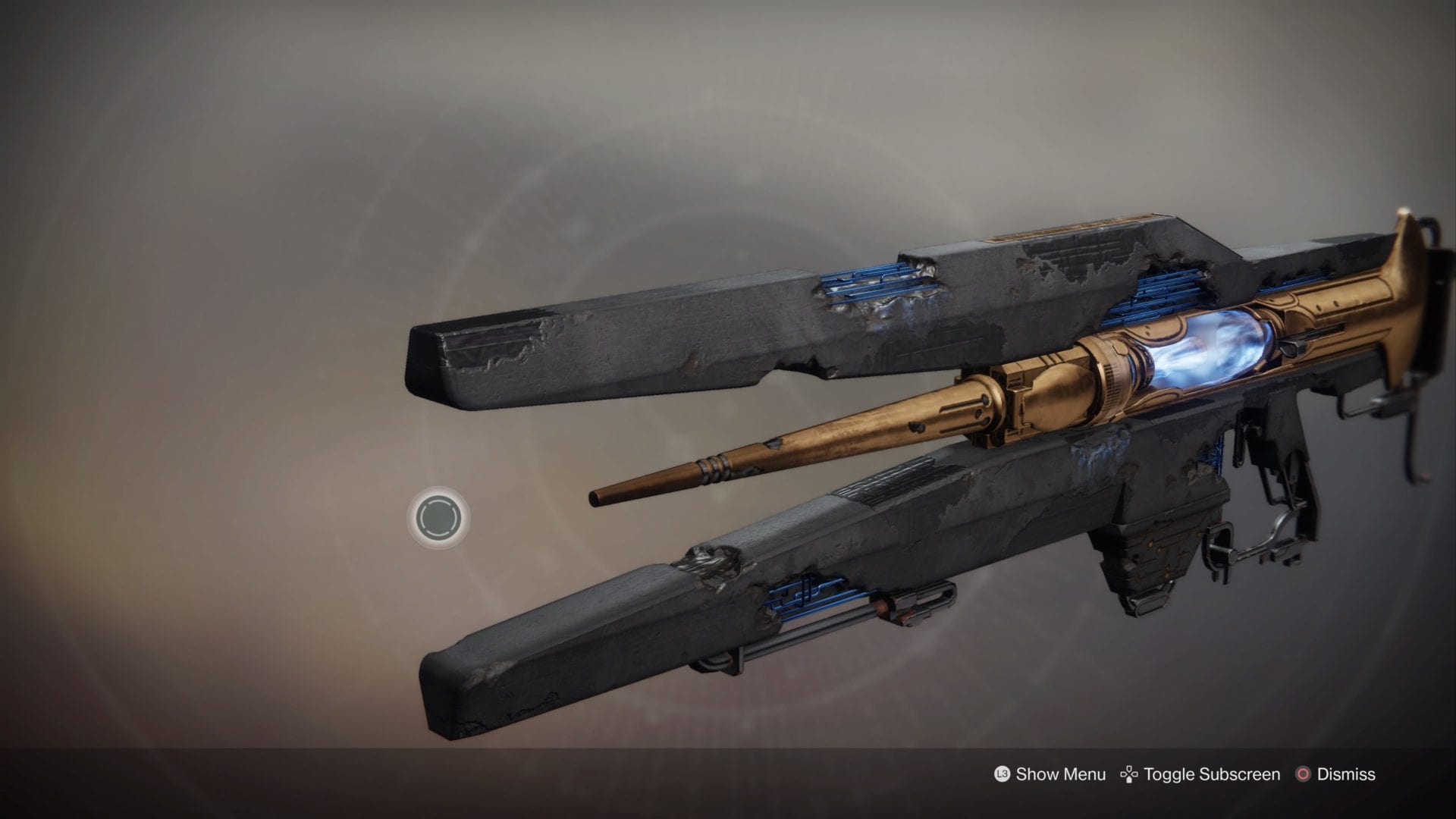 Destiny 2 Shadowkeep is almost upon us, meaning that alongside a brand new raid, players can expect a lot of fun new exotics to play with upon release. A brand new trace rifle is chief among those new additions but how do you get it? Here is everything you need to know about how to get the Divinity Exotic Trace Rifle in Destiny 2 Shadowkeep.

How to Get Divinity Exotic Trace Rifle

The Divine Fragmentation Exotic quest can be obtained on the Moon, and the first step will have you analyzing Oracles in the Lost Sectors on Nessus.

It’s worth noting that you don’t actually have to clear the Lost Sectors in order for it to count towards your quest progress. All you have to do is locate the Oracles in each zone, and hack them to analyze them.

After analyzing all three Oracles, you’ll need to collect 120 Decryption Core Fragments, which can be done by killing Vex enemies.

Once you’ve done so, go back to the Lectern of Enchantment and purchase an Exotic part for 30 Fragments. Now comes the tricky part: you’ll need to enter the Garden of Salvation raid and complete a puzzle.

Thanks to the good folks over at the Destiny 2 subreddit, players have discovered that there are several tether rooms in the raid that you’ll need to visit and solve mini puzzles for in order to get the Divinity.

The first room can be found when you get into the first raid encounter and go up the stairs. At the top of the stairs, you’ll find two hatches in the walls to your left and right. You’ll want to center them to expose two holes that you can see as you come up the stairs.

Go back to the original spawn point in the Black Garden and drop down from the platform to find a secret room. Interact with the device on the wall and new platforms will appear at the entrance of the room to let you go back up.

The second tether room can be accessed from the top of the flower field in the raid. Go to the shaded spot by the tree and you’ll find a hole that you can drop through to enter the room.

The third tether room can be found on a branch if you take a hard right during the jumping puzzle sequence. You’ll find a box under a leaf, and it’ll light up once you shoot it. Your task is to connect the beams through the lights that pop up.

The fourth tether room can be found after defeating the Harpy boss. Drop down the ledge to find a box in one of the pathways, and activate it. All six players need to tether all the nodes together in a line, and the last person needs to walk over to the first person to create a loop. From here, move together to form the pattern that you see.

The fifth tether room is the same as the fourth one. Just activate the box again and line up to exit the room together.

Finally, the sixth tether room is the waterfall room, and the tether box is hidden near the ceiling. Your job is to activate it and have all players interact with it to activate six plates in a secret room.

The final puzzle requires you to form a line without creating a loop. You can stand on any of the plates, but the last player needs to tether the receiver from the box, thus activating the blue nodes below the box and receiver. You’ll then see a sequence where all players need to change their positions accordingly to get the puzzle right. Doing this correctly six times in a row will allow you to progress.

If you’ve done everything correctly, all you have to do is defeat the final boss to obtain the Divinity.

Once we have more confirmed info on how to get the Divinity exotic trace rifle in Destiny 2: Shadowkeep, we’ll be sure to update this post.

In the meantime, you can check out information for some new Shadowkeep equipment that we do have solid information about via our growing wiki guide.