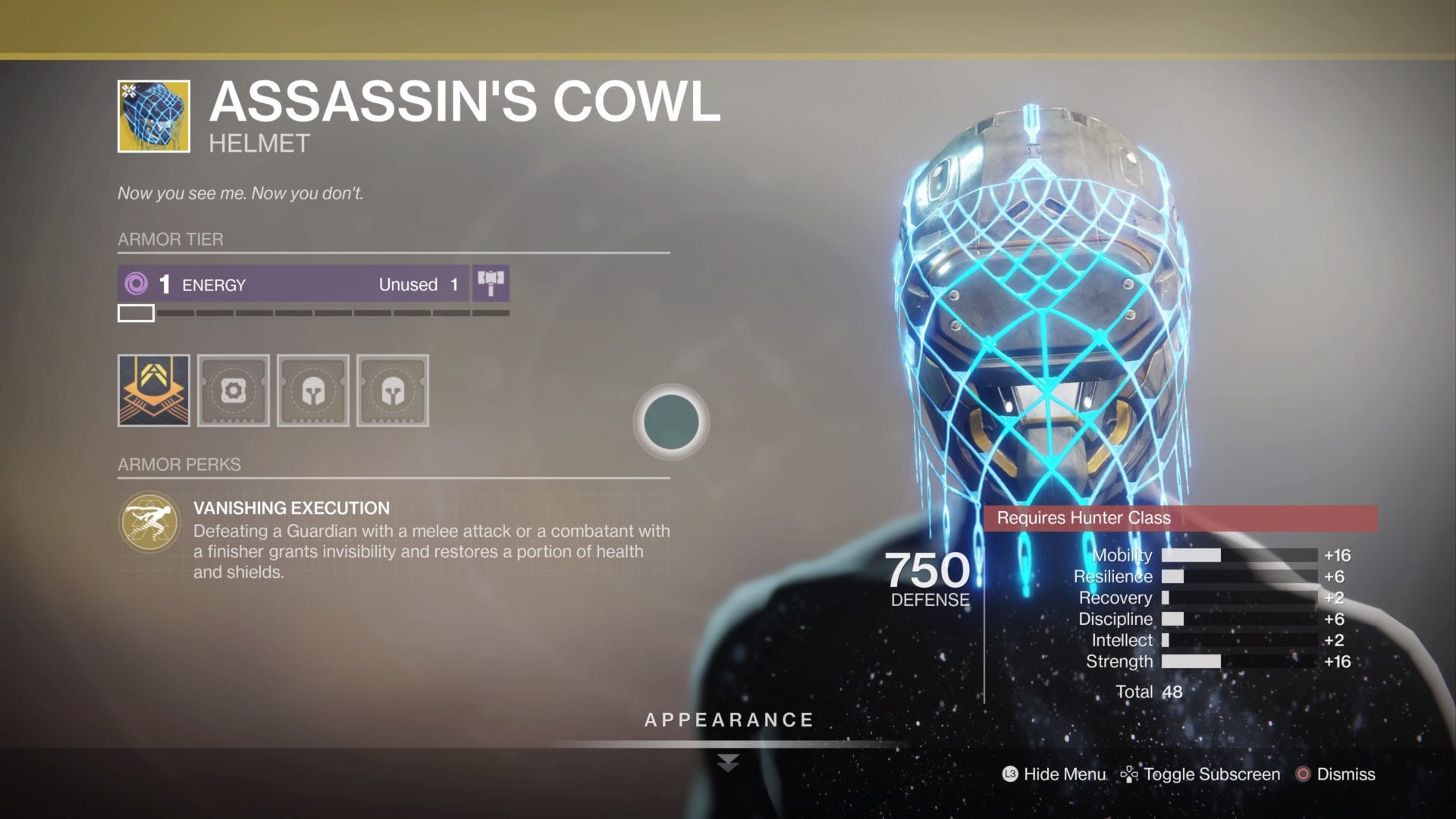 Destiny 2’s latest expansion Shadowkeep is here and of course with that comes a slew of new weapons and armor. Here’s how to get the Assassin’s Cowl exotic hunter helmet.

How to Get Assassin’s Cowl in Destiny 2

Exotic armor is some of the rarest items in Destiny 2 because their abilities are unrivaled by almost anything else found in the game. Thus, obtaining them can be a bit of a challenge.

There a few different ways to try and get the Assassin’s Cowl in Destiny 2. The most straightforward way is through exotic engrams, which will guarantee you an exotic armor or weapons.

You can also get exotics through completing activities which grant you world drops. These drops have a very small chance at giving the player an exotic.

Another way to try and obtain the Assassin’s Cowl exotic helmet is to open chests in the Garden of Salvation Raid in Shadowkeep. All of these chests are “exotic chests” meaning they have a possibility of dropping an exotic at a higher rate than normal (but still really rare).

Finally, completing Nightfall The Ordeal will drop exotic gear, although for now at launch, any more details about how this system works is unknown.

You can check out the perk for the Assassin’s Cowl down below:

Obviously Assassin’s Cowl is designed for a hunter that wants to stay invisible as much as possible. Being invisible is pretty great, as a Titan player I wish I had the opportunity. If you wanted to get quirky and mix this armor piece with Rat King, you could do that and spend a lot of time off the enemy radar.

Well, that’s everything you need to know about how to get the Assassin’s Cowl exotic Hunter helmet in Destiny 2 Shadowkeep. Check out our wiki guide for more tips, tricks and information about the latest expansion.

If you’re thinking about jumping into Destiny 2 you can do so with the new free-to-play version titled Destiny New Light.