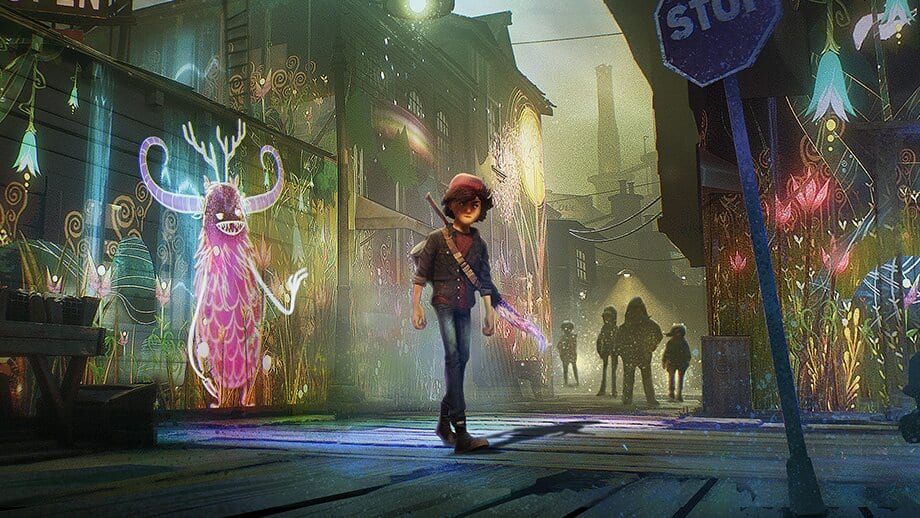 To cut right to the chase, no, Concrete Genie is not open world. Instead, it’s more of an open-ended linear experience wherein you’re funneled toward a set goal with some side paths and diversions to discover along the way.

This means that while you can explore each area to your heart’s content, none of them will be hiding any lengthy side quests or secret activities; save for uncovering Luna’s secret by going back to the Lighthouse when you’re prompted to do so during the main story mission.

This is made all the more apparent when you consider Concrete Genie’s length. When all is said and done, you’ll only spend about five to seven hours exploring the abandoned town of Denska, traversing its different districts and areas while pursuing the completion of the game’s story.

Is the World Worth Exploring?

With that said though, it’s still advised to explore each area in Concrete Genie at least a little as you make your way through them.

Every area contains a number of collectibles and challenges, ranging from recreating the moment shown on a faded billboard to collecting all of the missing pages from Ash’s notebook.

In addition to being necessary to unlock the game’s many trophies, these challenges also hold small character moments between Ash and his Genies which can build upon your understanding of both in the grander scope of the story.

Hopefully, this cleared up whether Concrete Genie is open world or not. For more on the game, check out our review as well as one of the title’s most recent trailers.

No, it’s more linear than with some larger areas to explore.