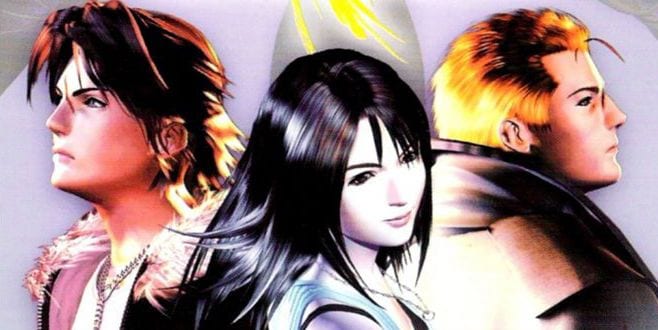 “Best-looking guy” memes aside, Final Fantasy VIII has long since been regarded as the black sheep of the Final Fantasy family, the misunderstood child, and lesser-known sibling next to the lofty and ambitious FFVII that no one could ever compete with. It’s also one of the very best games in the series, and Square Enix has finally seen fit to give it the Remastered treatment.

Final Fantasy VIII Remastered is actually a surprisingly good looking game. While initial screenshots and trailer footage might not have looked all that impressive by today’s standards, when compared to the original PS1 version, the glow-up is very real.

This is most notable in the way the character models now look. They’re no longer a hideous mishmash of pixels and polygons; the character faces now look smooth and pretty and handsome, almost on par with the way they look in the actual FMVs. It’s a major step up from that original release, and Final Fantasy VIII has never looked better.

The only downside to this (and this seems to be a recurring theme among the classic FF ports) is that the environments themselves haven’t quite been given that same love. As a result, you might find yourself looking on in disgust when you see handsome Squall contrasted against that ugly looking grey mess that’s supposed to pass off as a concrete wall.

Not a major problem, of course, and I’m not gonna complain about an otherwise awesome port of the best FF game from the PS1 era –yup, you can fight me on that.

One other niggle about the port stands out: analog/omni-directional movement isn’t supported in Final Fantasy VIII Remastered, which is also an issue present in the FFIX port. But at least Square Enix didn’t mess with the fonts too much, like they did with FFIX, so I can live with that.

Other than that, all of the usual ‘improvements’ are here as well. You can turn off encounters and speed up the game if you so choose, perfect for exploratory purposes as you wander around the open world.

Final Fantasy VIII’s combat and Junction system continues to hold up well, and you can still completely and utterly break the game by playing a few rounds of cards, refining them into magic, and junctioning them to your stats. The music is still beautiful and wonderfully distinct, the romance between Squall and Rinoa still cute and heartbreaking, and the Balamb Garden hot dogs still delicious as ever, I would imagine.

You’ll certainly need to spend a bit of time getting used to the GF/Junction system, but outside of that, there’s just something whimsical and carefree about the tone of FFVIII that’s rarely present in the other games. Perhaps it’s the slice-of-life elements from the school setting in the first half, or the adorable banter between the lively cast of characters, but FFVIII is just an incredibly feel-good game with catchy music and brilliant character moments that can make you laugh.

The overarching story is still one of the more divisive ones in the series, but you’ll always have a good time playing Final Fantasy VIII. Probably.