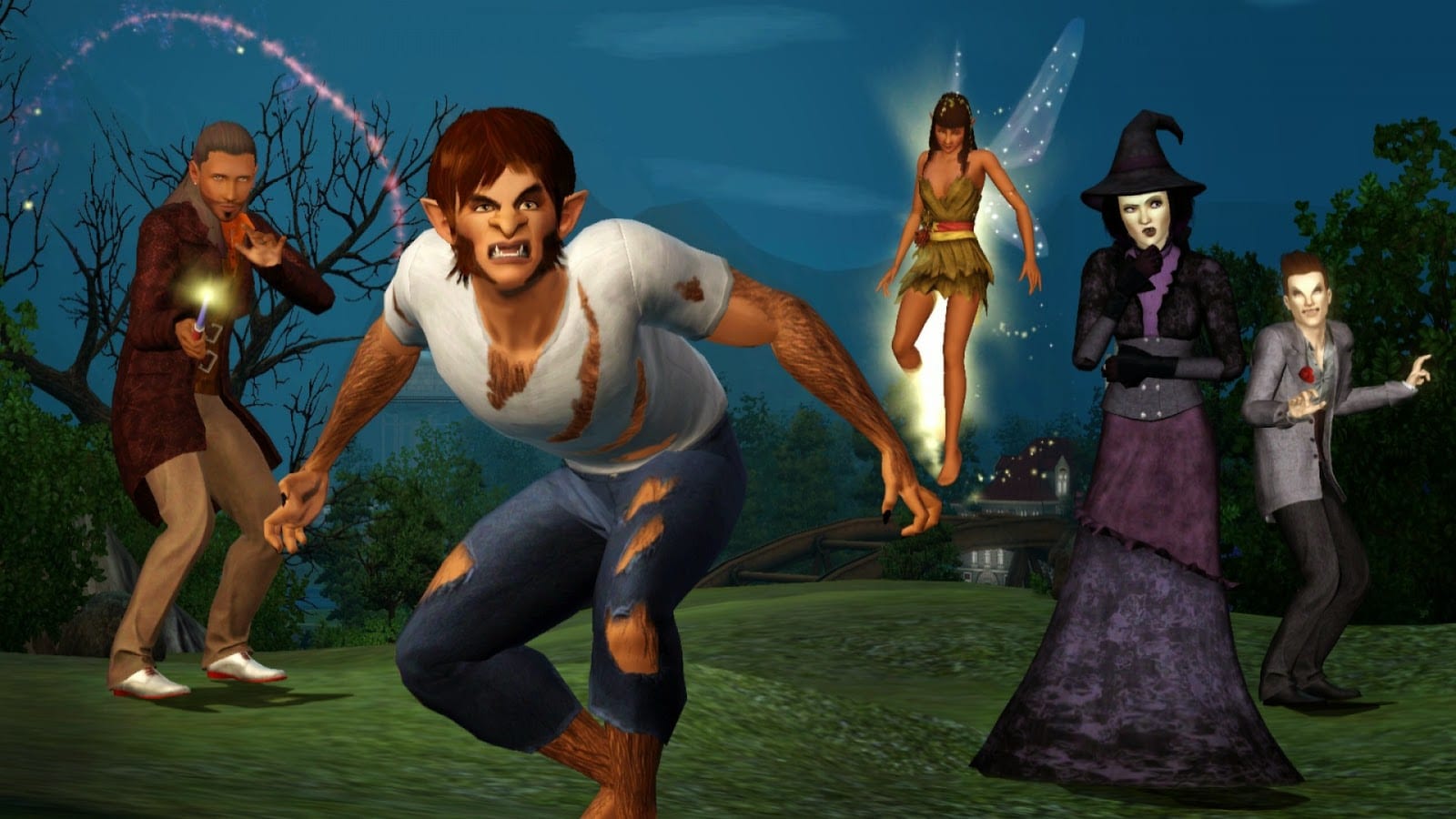 The Sims’ world has collided with that of witches and wizards in the latest expansion, The Sims 4: Realm of Magic. Players can cast their own spells, zoom about on a broom, visit a magic realm, and plenty more. Here’s how to learn magic in Sims 4 Realm of Magic.

Learning Magic in The Sims 4 Realm of Magic

Getting to the Magic Realm

As you might have guessed, you can’t just load up this new expansion and go firing off spells left, right, and center. Instead, players will need to take a few steps to get themselves into the wizarding (or witching) lifestyle.

First, head to the Magic Realm from Glimmerbook. This can be done by heading behind the Glimmerbrook Watch lot and using a portal right at the edge of the waterfall.

Once players have become a Spellcaster, they’ll then be able to use a Glimmerstone that’ll stay in your inventory that will automatically transport you to this magical realm.

Speaking to the Three Sages

Once you’ve finally reached the Magic Realm, you won’t be able to do a whole lot here at all. Go over to any of the three sages:

Make your way over to any of these and introduce yourself to them. You’ll then be able to ask them to make you a Spellcaster, but before they go ahead and do that for you, you’ll need to help them with collecting “7 Motes.”

Collecting the 7 Motes for the Sages

Fortunately for us, these motes that the Sages are looking for are stupidly easy to find littered throughout the Magic Realm Headquarters, so just go ahead and grab these glowing balls of light whenever you see them in the area.

Once you’ve got them, bring them back to the Sage you introduced yourself to. They’ll thank you for your help before turning you into a Spellcaster.

As you might have guessed, becoming a Spellcaster in Realm of Magic means you’ll now be able to use a wand, broom, familiar, and of course, magic.

You’ll learn more spells as you continue to practice and improve your magic, read spell tomes for specific spells, and from training from more experienced Spellcasters that can be found in the Magic Realm.

That’s everything you need to know to learn magic in Sims 4 Realm of Magic. For more tips, tricks, and guides on the latest expansion, be sure to search for Twinfinite.