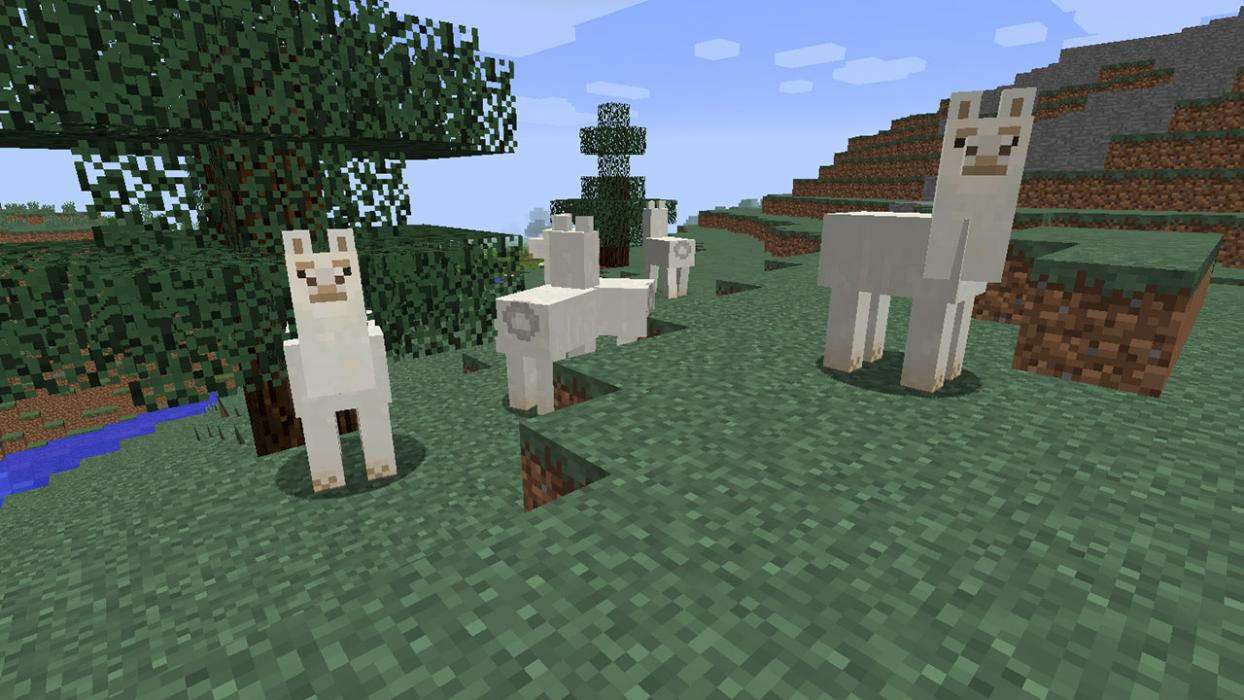 The llamas in Minecraft are adorable, funny little creatures that liven up the game with their quirky antics. But the question is, how do you breed llamas for yourself? Well, we have the answer.

How to Breed Llamas in Minecraft

It’s quite a simple process to breed llamas in the game, but you must make sure you have them tamed first.

In order to tame a wild llama, you need to successfully mount it without getting bucked off.

Similarly to taming a horse, you need to repeatedly sit on the llama’s back until it accepts you, shown with love hearts circling around its head.

You will need to have two llamas tamed, and then ensure they are kept close to one another using the lead.

This is crafted using four pieces of string and one slimeball in your 3×3 crafting grid.

Alternatively, you can get leads quickly from a traveling trader and his llamas, by killing the trader and taking the leads for yourself!

To get the llamas to then breed with one another, you will need a hay bale. To make a hay bale, you simply put nine wheat in the 3×3 crafting grid.

Wheat can be harvested from growing wheat seeds on a farming plot, and you can find the seeds when rooting through lumps of grass.

The llamas may consume a couple of hay bales, but as long as they are in the vicinity of some they should produce offspring.

Another important thing to note is that the trader llamas (llamas accompanying the traveling trader NPC) can not be bred to produce babies.

Well, that’s everything you need to know about how to breed llamas in Minecraft. For more useful guides, such as how to make smooth stone and how to breed turtles, be sure to check out Twinfinite.