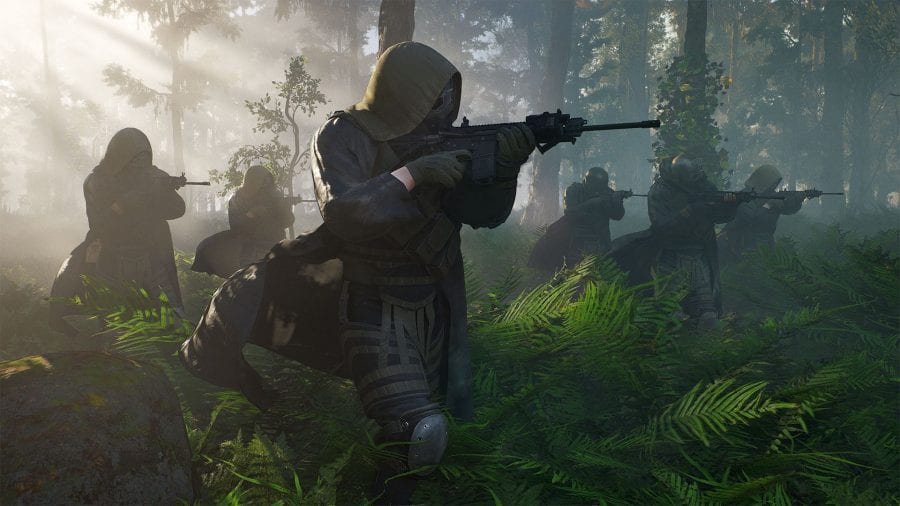 Ghost Recon Breakpoint allows players to specialize in particular playstyles thanks to its expansive skill trees and its four core ‘Ghost Classes.’ Field Medic, Assault, Panther, and Sharpshooter all offer their own unique pros and cons, and it’ll be down to players to figure out which is best for them. This Ghost Recon Breakpoint Ghost Classes guide will talk you through each one, offering suggestions as to the playstyle it best suits.

Which Ghost Recon Breakpoint Ghost Class You Should Choose

The Field Medic Ghost Class is the class you’ll want to go for if you’re planning to play with others and like to heal them up and play more of a ‘Support’ role in your team.

The Field Medic’s technique is a Healing Drone which heals and revives friendly teammates, while its Class Item is a Medkit that heals injuries and grants extra health to the user.

Combining these two healing-based options are the Field Medic’s Class Proficiencies. We’ve listed these down below, but once again focus on supporting your teammates and getting them out of trouble when they’re in a pinch.

Best Ghost Recon Breakpoint Ghost Class For: Those who want to play a support role and will mostly be playing with other players.

If you’re more about dealing damage than healing the damage your teammates take, the Assault Ghost Class is going to be the one for you in Ghost Recon Breakpoint.

As its name suggests, this class is all about dealing out damage and being able to tank hits. Its Class Technique, True Grit, grants recoil reduction and damage resistance, and any kills heal and extend the duration of the ability.

You’ll also be granted a Gas Grenade that deals damage over time to anyone caught in the radius.

The only slight disadvantage is that the Assault class has one less proficiency than the Field Medic, but they’re still pretty great for the playstyle you’re likely going to adopt if you pick it. They’re as follows:

Best Ghost Recon Breakpoint Ghost Class For: Those who can’t help but run in all-guns-blazing. The ‘Tank’ build.

The Panther Ghost Class is all about giving you the skills and abilities to creep up on your targets undetected. Just like a Panther in the wild! It all makes sense now!

The Class Technique here is Cloak & Run which allows players to briefly disappear behind a smokescreen when activated. Its Cloaking Spray class item also renders the user undetectable by drones, which can be particularly handy for creeping up into a good vantage point on your targets.

The Panther class does have three proficiencies all of which are aimed at allowing you to drop in undetected on your enemies, stealth kill ’em, and move on without a sound.

Best Ghost Recon Breakpoint Ghost Class For: The player who wants to be sneaky and stealthy in their approach to combat.

Finally, we’ve got the Sharpshooter class in Ghost Recon Breakpoint. This Ghost Class is all about sitting back and picking off your targets from distance. Snipers, DMRs and providing covering fire are the orders of the day for the Sharpshooter.

Its Class Technique, Armor Buster, grants high-penetration bullets with bonus damage and muzzle velocity for picking off and dealing massive damage from a distance.

The Sensor Launcher Class Item marks enemies in your surroundings once launched, allowing you to keep better track of all targets in the area, too. The Sharpshooter Ghost Class does only have two proficiencies, but again, they’re kinda perfect for this sniper-like build.

Best Ghost Recon Breakpoint Ghost Class For: Players who like to sit back and pick enemies off from range. A wannabe sniper in the making.

As you might have guessed if you’ve read our breakdown of the classes above, there’s no real ‘best’ Ghost Recon Breakpoint Ghost Class. Each one is really just tailored to suit a particular playstyle, and the more time you spend with it, the more you’ll be able to purchase skills and abilities to further refine it to your liking.

That being said, if you’re going to be playing Breakpoint on your own a lot of the time, perhaps don’t go for the Field Medic class. It’s most effective when used when playing with others using the different classes and playing solo would render some of its abilities and proficiencies a little useless.

If you’re playing solo, we’d probably recommend going for any of the other three classes. Assault is our personal choice, because we love to go in all-guns-blazing, and having that additional health is always a bonus. At the end of the day, though, the decision is up to you.

That’s everything you need to know about which Ghost Class to choose in Ghost Recon Breakpoint. For more tips, tricks, and guides, be sure to check out our wiki, search for Twinfinite, or check out more of our guides below.