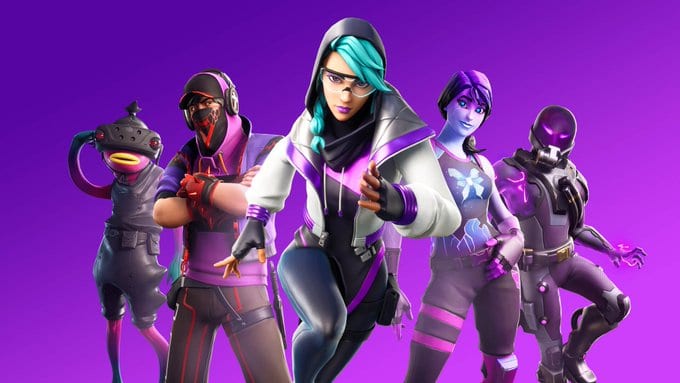 On Monday this week, Epic Games announced that, starting in Season 11, bots would begin seeping their way into online matches of Fortnite Battle Royale.

It comes as part of Epic’s grander initiative to improve matchmaking, with the skill gap between beginners and hardcore players growing wider and wider as Seasons pass.

Honestly, I’m somewhat on the fence about how I feel about all of this. For 10 seasons now, Fortnite Battle Royale has pitted you against 99 (or attempted to) other real-life people, dangling bragging rights and an incredibly satisfying Victory Royale under our noses in the hope we’ll rack up eliminations and be the last one standing.

With the introduction of bots, though, Fortnite’s fortune feels like it’s somewhat hanging in the balance.

Over the past few seasons, it’s no secret that the hype surrounding the cartoony Battle Royale experience has begun to fade away.

It’s no longer the dominating force over on the likes of Twitch and Mixer that it once was, and numerous gameplay changes like Season 10’s Brute Mech, the X-4 Stormwings from Season 7, and the abandoning of siphon and mat harvesting from core game modes left the hardcore audience feeling like their feedback was falling on deaf ears.

On the other hand, the longer the game’s been around for, the more daunting diving into the game has become.

Even as someone who used to always find time to get a good few hours of game time in a day but has since fallen off, trying to dive back into the Battle Royale action now feels a lot more demanding than it did when I started playing back in the tail-end of 2017.

With Fortnite Battle Royale’s kid-friendly visuals and focus on accessibility, it managed to establish itself as THE battle royale game to play, over the more complex and realistic PUBG. While many tried to emulate the battle royale formula, few succeeded to really break into the mainstream.

It’s this that makes the introduction of bots a potential make or break moment. In a way, introducing bots, alongside the matchmaking improvements coming in today’s 10.40 update could make matches feel more even and competitive.

All human players should find themselves mixed in with others of the same ability, and any empty spaces should be filled with bots.

Epic claims these “will behave similarly to normal players and will help provide a better path for players to grow in skill.” They’ll also “work in conjunction with the new matchmaking system, and as your skill improves, you’ll face fewer bots.”

If this is the case, and bots tend to only populate the games of players at a lower skill level, I really don’t see this being an issue.

As long as Epic is true to its word in that bots actually act similar to a real-life player, I only see this as a positive for newcomers trying to find their footing and improve their skills.

They no longer have to worry about getting rekt or immediately outbuilt by a pro player, but should still be challenged by the bots and other players at their skill level.

On the other hand, bots have the potential to send Fortnite spiraling even faster to its doom. Epic hasn’t stated at what point, or roughly what percentage of games will be populated by one (or more) bots.

If this becomes a bot epidemic, with only the most skillful players being able to avoid them in core modes, this could be problematic.

Nobody wants to play with a room full of AI. No matter how good AI is getting, it’s never quite the same as facing off against, or working alongside a human player.

I’ll keep my fingers crossed that Fortnite’s bot AI isn’t a complete disaster, but I doubt that you aren’t going to be able to notice immediately when you encounter one on the island.

Epic’s taking a big risk with adding bots into Fortnite, and a lot of it will come down to just how common they become, as well as how solid their AI is.

The potential for a dumb bot epidemic overrunning matches could be the straw that breaks the camel’s back. On the other hand, it could be just what Fortnite needs to help nurture and develop newbies, without ruining the hardcore experience for veterans.

Fortnite Season 11 is due to start sometime towards the beginning to middle of October. Epic Games has yet to set an official date, but you can expect one in the coming weeks.