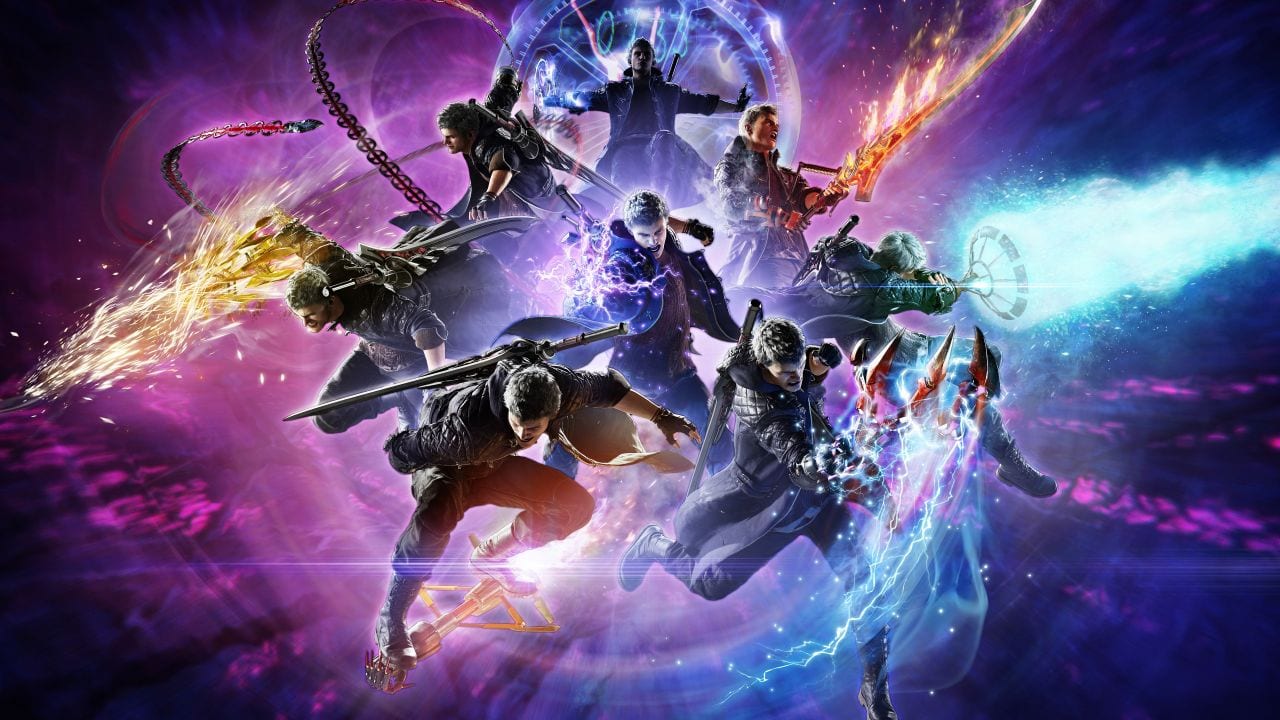 After the success of the Crash Bandicoot Remastered Trilogy, it felt like it would only be a matter of time before Crash Team Racing also made its triumphant return. Activision didn’t disappoint, announcing it soon thereafter and releasing it earlier this year.

Thankfully, it turns out that our passion for the often-overlooked kart racer wasn’t just a nostalgia trip: Crash Team Racing Nitro-Fueled has proven an excellent game, with streamlined controls and glorious graphics putting it on par with the Mario Kart franchise.

Long live the Bandicoot and his memorable list of companions, and long live evening sessions of kart racing on the couch with friends, which Nitro-Fueled proves is still up there with the most fun you can have playing video games.

From the moment we heard the Metro series was making a comeback, we were excited. The lore of author Dmitry Glukhovsky’s intriguing world makes for such a fascinating video game setting, and 4A Games had so brilliantly adapted the stories with 2033 and Last Light.

Exodus, though, was to expand the scope of that story and gameplay with an ambitious new sandbox design, taking us outside the confines of Moscow’s subway and into the unforgiving Russian nuclear winter.

For the most part, Metro Exodus proves itself a very compelling addition to the series. While often wonky voice acting is sometimes a distraction, the engaging story-telling remains a key part of the experience. Survival mechanics, too, which had a mixed reception in the old games, are deeper and more accomplished this time around, going in hand-in-hand with the new sandbox level design.

Overall, Exodus will be remembered as one of the year’s best FPS games and its critical success leaves the door open to more entries in this excellent series.

The Yakuza series has enjoyed a real renaissance over the past few years, as Sega’s weird and wonderful open-world saga feels like it’s caught on in the West more than ever before. A spiritual successor to those celebrated games, Judgment ditches the Yakuza name but still bears all the same brilliant qualities.

In fact, in many ways, Judgment offers even more of the gameplay diversity that has always made Yakuza games such a unique proposition. Mini-games aplenty, engaging combat, thoughtfully written and often hilarious side-quest bring to life a vibrant open-world setting that makes Judgement stand apart from even the genre’s best offerings.

Even if its critical reception doesn’t match other open-world heavyweights, trust us when we say that there isn’t really anything like Judgment out there. Well, except Yakuza. But the point is, if you haven’t played Judgment as a Yakuza fan then you really should, and if you haven’t played any Yakuza-style games at all then drop what you’re doing immediately and sort that out!

One of the most pleasant surprises of 2019, A Plague’s Tale Innocence is a reminder that powerful storytelling through engaging characters and an intriguing premise can triumph over a limited scope of gameplay mechanics.

Asobo Studios’ linear adventure game plays somewhat like a Naughty Dog game; an open but compact level design funnels you toward story milestones, with gameplay centered around basic puzzle-solving, rudimentary stealth, and very basic combat. Its aesthetic, too, often impressive but a tier below AAA studios.

And yet, A Plague Tale Innocence is every bit as compelling as any Uncharted game we’ve ever played, thanks entirely to a story and quality of voice acting that easily rivals that esteemed studio.

The future looks very bright for Asobo. Everybody should go and play A Plague’s Tale Innocence, which will be right in the mix for our Game of the Year discussion, I’m certain.

There was a period there when it seemed as though Kingdom Hearts III had itself turned into a fairy story. A 10-year development cycle, no, saga, will do that, after all… but low and behold Kingdom Hearts III finally did arrive this year, and perhaps surprisingly, turned out almost as good as everyone had hoped it would be.

Indeed, we’ve seen over-hyped games launch to a whimper plenty of times before, but Kingdom Hearts III wasn’t one of them.

Stunning graphics and what is fast-becoming Square Enix’s trademark action-RPG combat made for an engaging gameplay experience. And while the story is still about as bizarre as you’d expect of one involving anime characters wielding giant keys and Disney characters like Goofy and Donald Duck, it told a fairly compelling and somewhat cohesive narrative.

Ultimately, Kingdom Hearts III proved itself as more than just an indulgent visual spectacle of iconic Disney and Pixar characters. It’s a quality video game that (just about) anybody will enjoy.

It’s not easy to stand apart in a crowded genre –and it’s even harder when that genre is dominated by the hottest game on the planet right now. But even though it was for just a brief second, Respawn’s Apex Legends toppled Fortnite and took the battle royale scene by storm.

Perhaps most importantly, it has since stuck around and kept its player base long after the initial buzz of its novelty wore off, adding new season pass content that’s (just about) kept the momentum going.

And it’s little wonder it’s been such a success; Apex Legends has brought fresh innovation to a genre that’s been content to copy-cat for far too long. It doesn’t just rely on Respawn’s FPS know-how, changing the typical battle royale formula and crafting interesting lore to its game world, too.

4. Bloodstained: Ritual of the Night

There haven’t been all that many successful crowd-funded projects in recent years, and no shortage of high profile flops from legendary game developers, either (Mighty Number 9, anybody?).

Despite our faith in former Castelvania director Keiji Inafune and the intrigue of his Bloodstained project, we’ll not deny that started to wane after multiple delays and project set backs over the years. But in the end the naysayers will be eating their words because Bloodstained: Ritual of the Night has been a triumph.

Amid a sea of Metroidvania titles, it took the creator that gave birth to one half of the genre name to stand apart with something brilliant.

Bloodstained is that game, a spiritual successor to the iconic Castlevania: Symphony of the Night that plays just as well and whose graphics and musical score ooze a similar gothic-punk style we adore. It’s an indie triumph that tops several on this list with far bigger budgets.

Chaotic action has never looked quite this stylish and cool, has it? And that’s exactly what we expect from a franchise that earned its name mashing up the spooky and the snazzy ever since its launch back in the early 2000s. But it hasn’t always been smooth sailing for Devil May Cry, and so the success of this latest entry in the series feels like it’s really got things back on track.

Devil May Cry 5 doesn’t necessarily reinvent the wheel of the franchise, mind, but we’re totally ok with that. What it does do add a polish that accentuates its greatest attributes; the combat feels slicker and more satisfying than ever, and there’s a sense of flair in every action sequence that makes for a visual spectacle few can rival.

It would be easy to mistake Sekiro: Shadow’s Die Twice for a Souls game in a feudal Japanese skin, but Hidetaka Miyazaki’s latest creation is much more than that. While there are similarities, key differences to gameplay and progression mechanics, as well as a new approach to story-telling, sets Sekiro apart as an entirely different beast.

Most importantly, FromSoftware’s new IP has been a massive success. We absolutely loved zipping around the map like Kenshin Himura from Samurai X, slaying our unsuspecting foes with stealth takedowns that felt like no Souls game ever has.

And we’ll never forget finally beating the pesky Genichiro Ashina after nearly tearing our hair out in frustration –for better or for worse.

There’s no question in our mind that Resident Evil 2 Remake is the PS4’s best game of 2019 so far.

The past 18 months have marked a huge return to form for Capcom, and Resident Evil 2 Remake is perhaps their finest achievement during this purple patch.

The way in which they’ve managed to capture new audiences while simultaneously delivering the vision every veteran fan has been hoping for since this project was teased years ago is nothing short of amazing.

The awesome RE engine, superb over-the-shoulder combat, and the clever alterations to the game’s design and puzzle elements has modernized Resident Evil 2 perfectly. Now, roll on Resident Evil 3 Remake, Capcom…