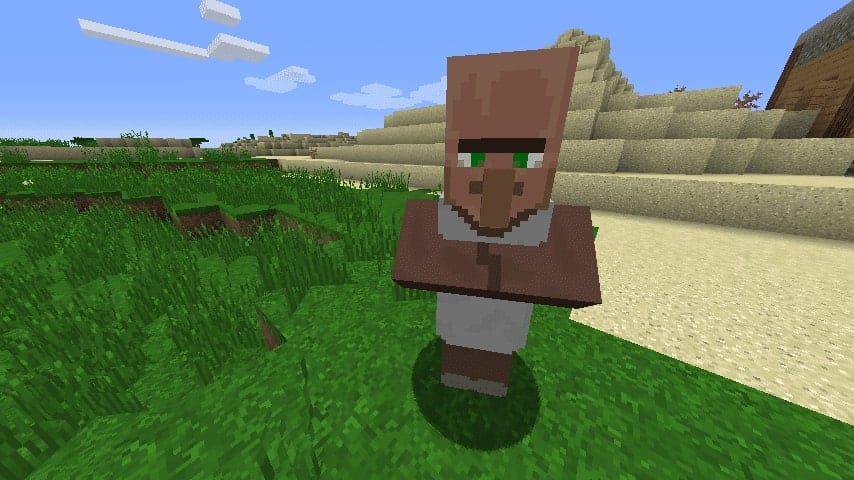 Villagers are one of the many different species inhabiting your blocky world in Minecraft, and they’ll often have a bunch of items they’re happy to trade with you. As such, you might be wondering whether it’s possible to get villagers to follow you in Minecraft, so that you can set up your very own little market full of villagers offering different things to trade.

Unfortunately, there’s no kind of ‘Follow’ command or way to truly befriend Villagers so that they’ll follow you on-foot wherever you go.

Some players have tried pushing them around their worlds to wherever they want them to end up, while others have tried using fishing rods, but neither of these methods is really all that efficient.

That being said, there are ways to move these handy traders around, but they won’t just follow you of their own accord. Instead, you’ll have to transport them either by using a rail and a cart, or with the help of a boat.

NiclasBlocko’s Minecraft on YouTube has a handy video we’ve included below to show you exactly how to do this.

That being said, all hope is not necessarily lost if you’re looking to just get them to follow you automatically. If you’re playing on PC, there are plenty of mods at hand that you can use to get them following you around in Minecraft with relative ease.

One of the best mods that’s worth checking out to get villagers to follow you in Minecraft is the aptly named ‘Following Villagers‘ mod. As long as you’re holding an Emerald block, Villagers will follow you around until you put it away.

What’s more, the mod was updated recently to be compatible with the latest 1.14 version of Minecraft.

Unfortunately, if you’re not playing Minecraft on PC, you won’t be able to make use of the ‘Following Villagers’ mod, so you’ll just have to let your Villagers roam where they want to.

That’s everything you need to know about whether or not you can get villagers to follow you in Minecraft. For more tips, tricks, and guides, be sure to search for Twinfinite or check out more of our guides for the game down below.