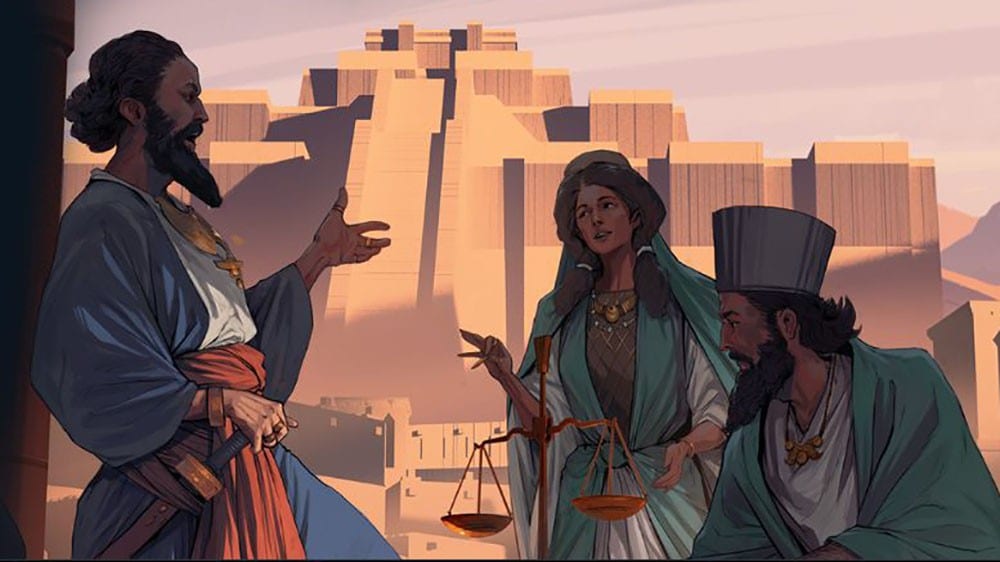 When I saw the announcement trailer of Humankind by Sega and Amplitude Studios, I felt like I was watching a clone of Civilization VI.

Mind you, that’s not necessarily a bad thing: I absolutely love Civilization VI, but if I want to play Civilization, I’ll play just that.

Luckily, when I sat at a behind-closed-doors presentation of Amplitude’s new game at Gamescom, I quickly realized that I was wrong.

According to the developers, this is the game they always wanted to make, and that they have opened the studio for. Yet, when they started out, they realized that they didn’t have the experience required to realize their vision, so they gradually learned through their past games until they finally felt ready.

Now, they believe that they are.

At the beginning of the game you don’t select a civilization, but you simply find yourself on a procedurally generated map during the Neolithic era. Your people are a band of hunter-gatherers trying to survive, learn, and feed themselves.

Terrain is complex and interesting, with elevation, cover, and vegetation playing an important role in gameplay. Incidentally, elevation will also influence your line of sight.

The map includes points of interest that can grant you food or knowledge. Food lets you increase your population, and you can either split your tribe or keep it together to avoid weakening your people in the face of danger.

Population and knowledge are the two resources that you need to worry about at the beginning of the game, as they’ll allow you to found your first city and start your civilization.

You can even find animals to hunt. Some may be harmless, while others promise to yield a lot of resources at the price of a greater risk, like giant mammoths.

While mammoths will likely run away from you, there are also predators which will actively attack your people, so you have to be careful.

When you accummulate enough knowledge you can select your first Legacy Trait, which will remain with you for the rest of the game.

Early on you can opt to go for knowledge and earn more traits, or aim to gather as much food as possible to increase your population and have a bigger city early on.

It’s a tradeoff between kickstarting your civilization or a long-term strategy. You can also balance both, but it’ll potentially take you more time, slowing down your progress compared to other players.

When you have enough knowledge and population, you can finally progress to the Bronze age which will prompt you to select your civilization.

The game is split into six different ages, and each will prompt you to select among ten different historical cultures appropriate to that era.

Selection is first come, first serve, and once a player selected a culture, that’s not available anymore to other players.

An interesting element is that your progression from an era to the next won’t be necessarily straightforward.

For instance you can start with the Egyptians in the Bronze Age, then change them into the Romans in the Classical Era, followed by the Khmer in medieval times, then the Ming from China and end up playing something completely different like the Germans in the Industrial era.

Each culture has a Legacy trait that will accompany you for the rest of the game, forging your unique set of bonuses as you progress through history.

They also have an Emblematic Building and a unique military unit.

Basically, the choices you make at every change of era will create an interesting alternate history scenario in which your civilization followed a completely unique (and at times pretty crazy) path and accrued its own set of bonuses.

Another interesting aspect is that cities won’t be limited to just one or a few tiles of the map, but they will grow to take massive chunks of land as you would expect from a metropolis, featuring all kinds of buildings that aren’t just functional, but visually pleasing as well. They will also tell your story, as you will retain the Emblematic Buildings from previous eras.

The map is split in regions, and a founding a city in one of them will provide you with ownership of the full region. You can also expand your cities to adjacent regions, creating truly massive urban clusters.

This means that you won’t end up with a giant number of cities in the endgame, which would possibly make the things tedious. On top of that, if you lose a city, you also lose all the regions it occupies.

Of course, the game includes the inevitable tech tree which will unlock different units and bonuses from the types of terrain your cities are built on.

You can also use idle units to create outposts that can claim a region and be evolved into their own cities or merged into existing ones. Yet, they are very fragile and vulnerable before that happens.

The developers created every single civilization, their buildings, and units in a way that’s as historically accurate as possible with the help of historians, but the way you combine them through the eras is for you to decide. Basically, this is part of the sandbox that you’re free to enjoy however you like.

Another interesting element is that you can combine different units from different cultures in your armies.

While your army moves, units will be stacked into one tile of the map, but when it comes to combat, they will “unpack” on the surrounding tiles to create a full battlefield with elements like terrain (attacking uphill can be disadvantageous), line of sight with hidden tiles that can be used to spring a surprise counterattack, and reinforcements.

The game has one simple victory parameter, and that’s Fame. Everything you do earns Fame, and the civilization with the most Fame at the end of the game wins.

This attempts to identify the player who has made the biggest impact on humankind throughout history. It doesn’t matter if you get destroyed in the end. If you have more Fame than everyone else, you still win.

This means that players won’t be forced into a specific path or playstyle to achieve more specific victory conditions.

One last intriguing aspect is that you can decide to “transcend,” keeping the same civilization through two or more eras. It’s a very difficult path to take because you won’t get the bonuses and units from the following eras, but it earns you more fame.

Ultimately, while Humankind will have to withstand the test of time, and there are still many questions that will need to be answered, it appears to be a rather original and very interesting entry in the 4X genre.

It’s definitely unique in many ways: Similarities with the Civilization franchise do exist, but they’re only on the surface, with a lot more to explore and enjoy if you dig a bit deeper.