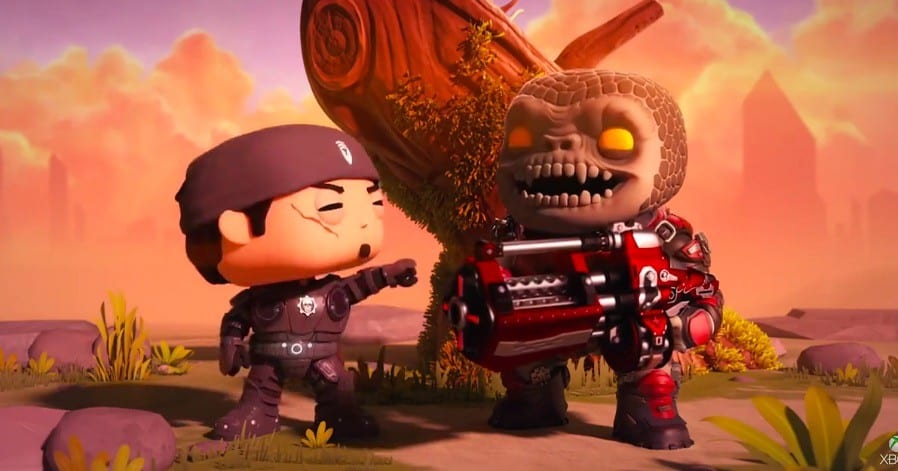 Gears Pop might be a mobile spin-off of the Gears of War series but it is still being treated like an Xbox game. As long as you follow a few steps, you are able to unlock Xbox Live achievements in Gears Pop. Here’s everything you need to do to get them.

How to Get Xbox Live Achievements in Gears Pop

If you signed in with your Xbox Live account details when you first loaded up Gears Pop, you’ll already be set and should be getting achievements as you play.

If not, however, you need to select the Missions tab in the bottom right of the Gears Pop screen and then select the Achievements tab. You’ll then see an icon near the bottom of the screen that’ll see you sign in – it’s in classic Xbox green.

When you select it, you’ll be taken to the Xbox website on your device to sign in. Then, once you’ve entered all your details and they have been accepted, you’ll be taken back to Gears Pop, where you’ll be able to see all of the Xbox Live achievements and the Gamerscore you can get.

The achievements, which you can see in full over at True Achievements, features things like ‘Capture 1000 Pieces of Cover’ and ‘Win a Versus Battle without losing any of your Outposts.’ There’s a total of 45 to get, adding up to that all-important 1000 Gamerscore.

Then, next time you log onto your console, you should see that the achievements you have unlocked are tracked on your account and the Gamerscore has been added to your total. It works just like any normal Xbox One game would.

That’s everything you need to know about how to get Xbox Live achievements in Gears Pop. For more tips and tricks on the game, be sure to search for Twinfinite. We’ve also listed some other useful guides down below.