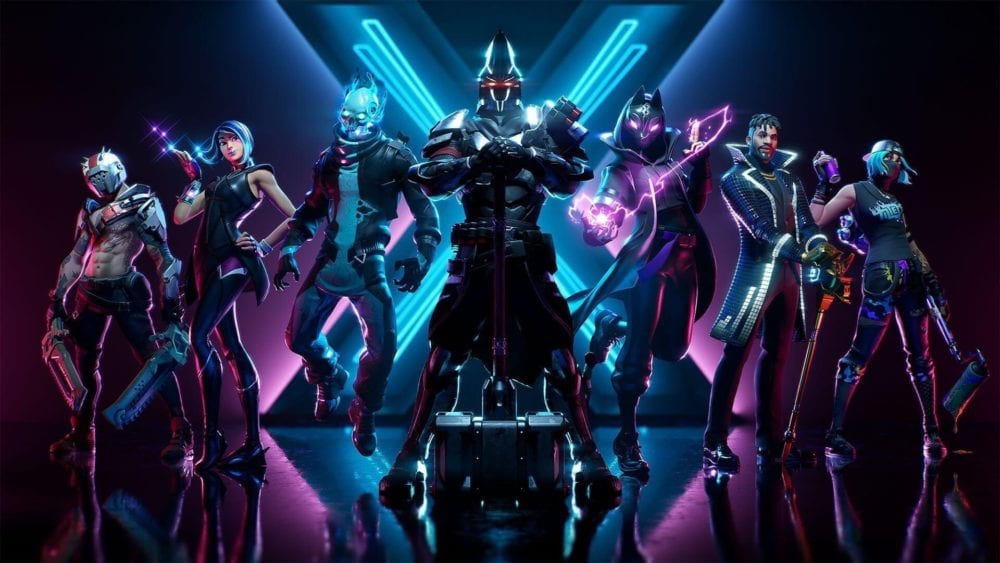 Fornite Season 10 has finally launched, and it’s packed with tons of new skins, wraps, gliders, emotes, and so much more. The game really has evolved so much since its very first season. Here is every battle pass skin in Fortnite season 10.

Every season brings along a battle pass filled with items for players to unlock throughout the season. The skins that can be seen below can be unlocked by purchasing the battle pass for 950 V-bucks and then reaching the required levels.

The Catalyst Skin is the female version of the Drift skin from season 5. It even upgrades as you gain experience, just like the original.

The X-Lord skin is a reimagining of the Rusty Lord skin from Season 3. This time it’s back with more style options and a bigger attitude.

As you can see, there is a theme to these skins. Previous season skins are back with a new twist on them. This time the technique skin is a little edgier and has more options for customization.

While this isn’t a full-fledged skin, a new item in Fortnite Season X are styles, which give you new customization options for older skins. The DJ Yond3r skin now has an unmasked option.

The Sparkle Supreme skin is a call back to the Fortnite Disco skins back from season 2 and 3. Here you can rock your favorite 70’s attire and keep the party going.

The Eternal Voyager skin is a reference to the Dark Voyager skin back from Fortnite season 3. This time sporting blue/green lights instead of the orange or purple in this battle pass skin

This is another style option for the Eternal Voyager that is offered only a few tiers after unlocking the skin for the first time.

A style selection for the Yond3r skin. It doesn’t fundamentally change the skin, but it’s nice to feel like royalty every once in a while.

The tier 100 battle pass skin this time around is the Ultima Knight. With a few different color palettes, you can really express yourself on the battlefield with this skin.

Well, that’s everything you need to know about all battle pass skins in Fortnite Season 10. For more tips, tricks, and guides, be sure to check out Twinfinite, or take a look at our Season 10 wiki guide.