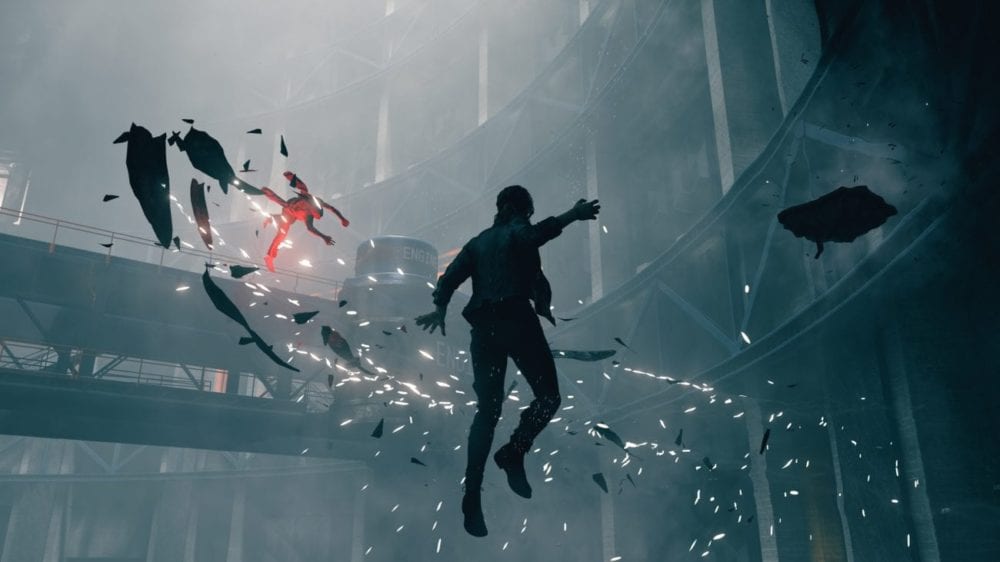 In many of Control’s stills and trailers, levitating was shown as a cool power that Jesse Faden can take advantage of. It’s certainly in the game but you can’t use it right away. Here’s how to Levitate, Jump, and Ground Slam in Control.

How to Levitate in Control

You’re going to need to be patient if you want to start hovering around. Despite it being a prominent ability featured in Control’s marketing, you don’t actually unlock Levitate until the back half of the game.

You’ll need to wait until you reach the Panopticon in the Containment sector via the main story. When you reach the large circular area, head forward across the bridge and then merge towards the right.

Once you’re across, take the elevator to the fourth floor and follow the only available passage to reach the TV Object of Power.

You’ll first have to fight Salvador, head of security at the FBC in Control. He can be a bit difficult, especially with all of the other enemies shooting at you.

We found the best strategy is to rush him with Shatter. Get in his face, and pelt him with debris via Launch and then shots from Shatter. When he goes to fling his shields at you, evade and dash until the coast is clear again and then continue your assault.

As long as you keep the damage up, you should generate enough health elements to keep you alive. Mod for higher health and health element effectiveness if needed.

Your goal should be to take him down before the additional enemies converge on you.

Once you’ve taken care of him, continue forward to complete your Levitate trial and once that’s done, you will have unlocked the ability to Levitate in Control.

To properly Levitate, you need to hold the Jump button (see table below) to begin Levitating. Continue to hold the button to propel yourself even higher (which is useful most of the time).

Finally, once you have upgraded Levitate a few times to gain access to its right-side branching path, you can unlock Ground Slam.

Ground Slam is exactly what it sounds like. It expends the rest of your energy to send yourself flying down to the ground and dealing heavy damage to anyone it hits.

A circle will appear on the ground to show the general area you’re going to crash down to and you can lock onto an opponent by hovering that circle directly over them while Levitating.

It can also be used as a shoulder charge of sorts against pesky aerial enemies too. It’s effective against air units but if they move out of the way you’ll have lost your energy and you’ll start floating down, so make sure there’s ground underneath you to avoid dying.

That’s all you need to know how to Levitate, Jump, and Ground Slam in Control. For more tips and tricks, be sure to check out our wiki guide and read our fully scored review for our thoughts on the game itself.