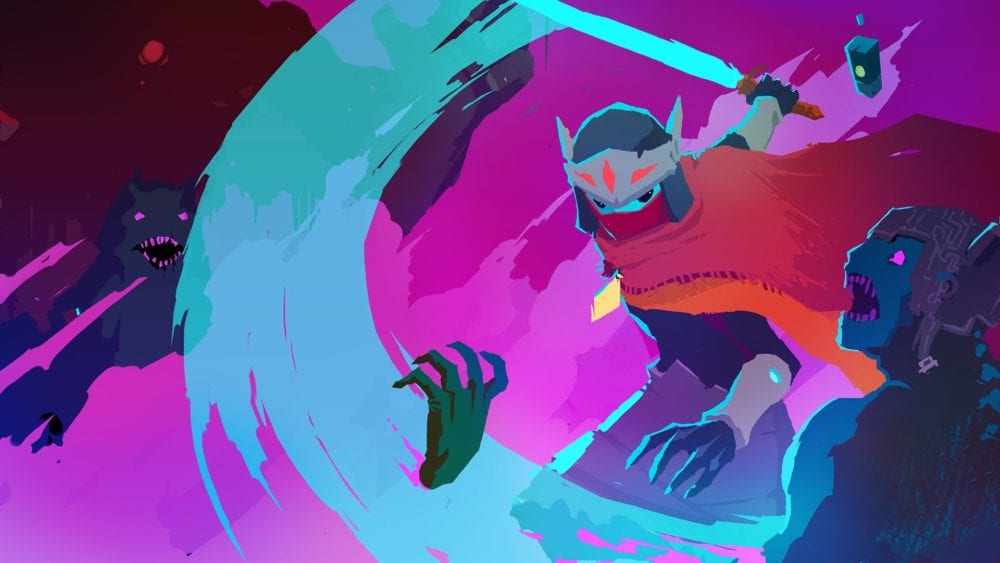 In terms of combat, Wizard of Legend and Hyper Light Drifter have a lot of overlap.

While WoL may be more of a rogue-like and Hyper Light Drifter is an action-adventure RPG, the wide variety of attacks, as well as their fluidity and style, is much of the same in both.

Like Hyper Light Drifter, Wizard of Legend’s story is also a fun one, as players must get through a procedurally generated 10 floor dungeon.

On the way, the wizard uses their expertise to defeat mobs, three major bosses, and a final boss to earn the title “Wizard of Legend”.

Wizards of Legend is definitely worth picking up if you’re looking for some fast and enjoyable gameplay.

If you are looking for an RPG that features amazing music, a distinct world, and an isometric or top-down perspective, look no further Transistor.

In this action RPG, the game follows Red, a famous singer just trying to make it another day in the densely populated urban city of Cloudbank.

When Red is attacked by a robotic force known as the Process, she escapes, finding a great-sword weapon called the Transistor in the process.

Using this weapon, players battle enemies in a combination of real-time combat and a frozen planning mode called Turn().

With Turn(), actions drain a bar, requiring a recharge in order for Red to attack again. Through winning battles, Transistor rewards players with new items, upgrades, and a handful of other progressive items known to the action RPG genre.

Zelda: A Link to the Past

It should be no surprise that the game that elevated the 2D action-adventure genre to the top of the industry is on this list, especially considering how much Hyper Light Drifter pays homage to it.

To the uninitiated, Zelda: A Link to the Past follows a young boy named Link.

With the help of a powerful weapon, the Master Sword, he sets out to rescue Princess Zelda and harness the power of the Triforce in order to defeat the evil that plagues the lands.

Even today, the game’s combat, story, and recurring items and techniques not only still hold up, but continue to serve as inspiration for every game in the genre.

To no one’s surprise, yet another SuperGiant game graces a list talking about amazing action RPG titles.

In Bastion, players control “the Kid”: a young man tasked with gathering a collection of powerful shards. With these shards, he hopes to power a structure, known as the Bastion, that could solve the apocalyptic Calamity.

Gameplay primarily focuses on platforming around the game’s fantasy-themed environment, creating paths as the Kid moves throughout the level to form a single plane.

Like Hyper Light Drifter, Bastion isn’t all too difficult, choosing to focus on the unique world and experiences the game has to offer as opposed to overtly challenging platforming and RPG elements.

The main difference you’ll find from Bastion’s narrative is that it isn’t a silent, worldless one. That said, they are both interesting stories that any RPG fan should live through at least once.

Feel like Hyper Light Drifter is missing a bit of bullet-hell soaked chaos? Then Furi is just for you.

In a game that places a heavy focus on Boss fights, Furi follows an unknown man that is stuck in a highly advanced prison. Unfortunately, those who run the prison aren’t a huge fan of his, as his days are subject to endless torture.

When he is freed, armed, and enabled one day by a mysterious man, The Voice, the Stranger only has vengeance on his mind.

The gameplay that follows is madness, as the Stranger uses any weapon they can find to tear through those who stand in his way.

Furi is a faced paced, challenging, non-stop thrill ride that may be just what action RPG fans are looking for in order to transition into the neighboring 2D action action shoot ’em up genre.

In this indie game developed by Thomas Happ, players control a scientist, Trace, that wakes up in an ancient, high tech world following a near death injury.

In order to survive the various alien-like creatures that inhabit this strange place, Happ has no choice but to shoot his way out.

Though it may have more of a metroidvania vibe to it, the side-scrolling action adventure aspects of this title will appeal to old and new school side-scrolling fans alike.

If nothing else, it is hard not to appreciate the game’s overall feel, as the scenery and score manage to exude both beauty and dread simultaneously.