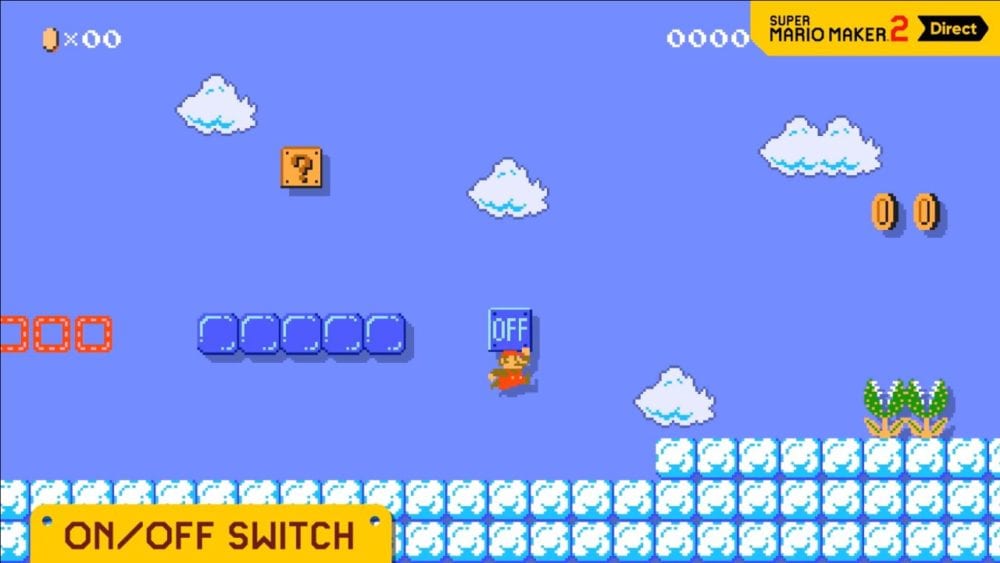 Super Mario Maker 2 lets you build all the Mario levels of you dreams, then unleashing the horror you’ve created to the Nintendo Switch community. There are a ton of different elements for building levels in the game, some of which may not have immediately clear uses. With that, here’s how to use the on off switch in Super Mario Maker 2.

How to Use On Off Switch in Super Mario Maker 2

If you’ve played a Mario game in the past, you’re likely familiar with the concept of the on off switch, although it wasn’t featured in the original Mario Maker. Basically, hitting the on off switch alternates between two different colors of blocks, blue and red, turning one on and one off each time you hit it.

This is a puzzle you’ve played through countless times across the series, and now you can use it yourself in your own creation.

Building the On Off Switch

To build the on off switch, of course, you first need to be in the stage editor. Now open the search screen by tapping the magnifying glass in the top right of your screen, then scroll all the way to the right to find the on off switch, as well as the blue blocks and red blocks that correspond to it.

You’ll need to place all three of these aspects independently, and it’s usually easier to place the red and blue blocks in the formations you want before you choose where to put the on off switch.

The red blocks are going to show up by default so place those however you want, then press and hold on the red block to turn it into a blue one. Not that as you place them you’ll only see the outline, as you’ll have to flip the switch in order for the blue blocks to pop up, then turning the red ones into an outline.

That covers everything you need to know about how to use the on off switch in Super Mario Maker 2. For even more tips, tricks, and guides make sure to search Twinfinite, or you can check out a few more helpful ones down below.