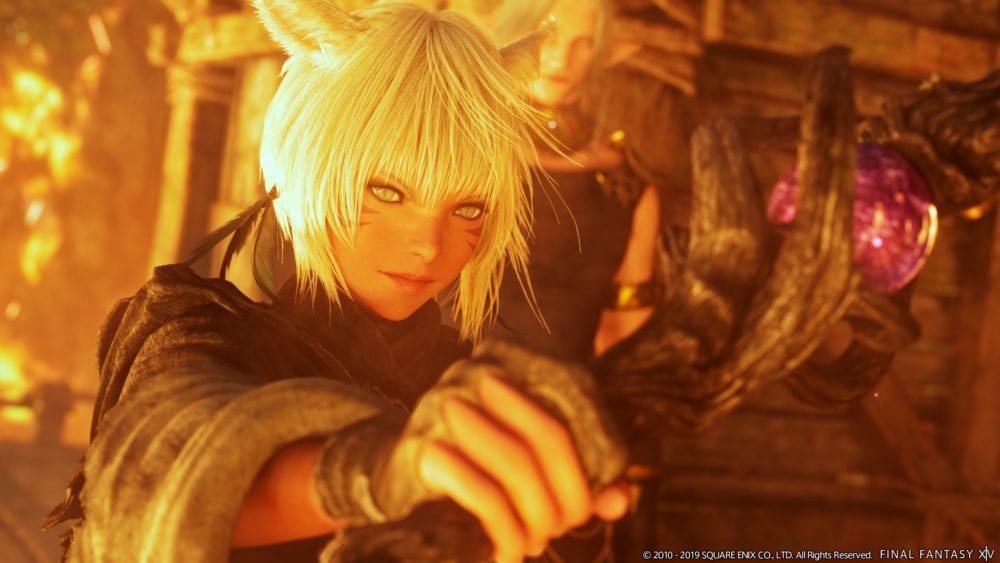 Y’shtola is one of the more iconic characters in the Final Fantasy XIV universe, and she plays a pretty key role in the new Shadowbringers expansion as well. If you’re wondering what her role is exactly in the story, here’s what happens to Y’shtola in FFXIV Shadowbringers.

Do be warned that this article contains spoilers for the story, so turn back if you haven’t completed the main story and don’t want to be spoiled.

What Happened to Y’shtola in FFXIV Shadowbringers

In the teaser trailers for FFXIV Shadowbringers, we caught a glimpse of Y’shtola in a Black Mage outfit, with Urianger approaching her from behind and referring to her as “Master Matoya.” As FFXIV fans would know, Matoya was Y’shtola’s teacher, and the two of them certainly don’t look anything alike.

With Y’shtola falling into a deep coma in the post-Stormblood patch content, fans speculated that Master Matoya might’ve taken over her body while Y’shtola’s soul was gone. However, that isn’t the case at all, and the explanation is actually a lot simpler than that.

In FFXIV Shadowbringers, all the Scions got teleported to the First. Y’shtola made her home in the Rak’Tika Greatwood, where she became the de facto leader of a small group of people who worship the dark. She took on the name Master Matoya to hide her real name during her time in Rak’Tika, and… that’s pretty much the only reason why Urianger referred to her as such.

Later on in the story, Y’shtola also seemingly sacrifices herself to give us an antidote that would save the people of Slitherbough. She then falls into a dark, bottomless pit.

However, the Warrior of Light later recalls that there was a huge gust of wind just as she jumped, and the Scions surmised that she must’ve entered the lifestream when she jumped. Emet-Selch then steps forth and volunteers to retrieve her soul from the lifestream, bringing her back to the party.

So, if you’re a fan of Y’shtola, no need to worry; the cat girl is still alive and well.

That’s all you need to know about what happened to Y’shtola in FFXIV Shadowbringers. Be sure to search for Twinfinite for more tips and information on the game.