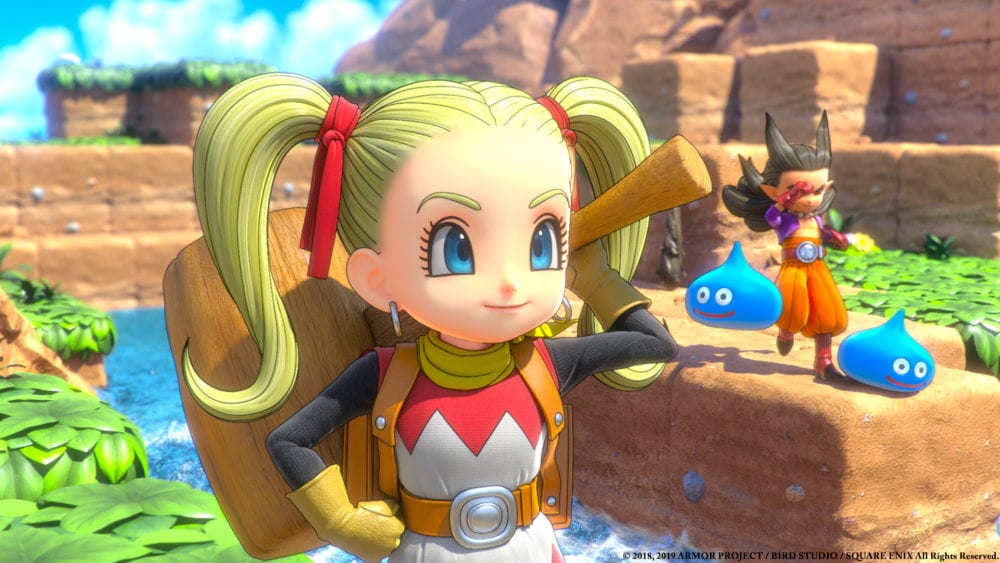 Dragon Quest Builders 2, the sequel to the popular adventure game, builds on what players had at their disposal in the first game. While you still run around the world that’s inspired by the JRPG series, creating things as you go, you can now fly, swim, and even play with up to four people at once in co-op. Before you jump in yourself, you might want to get prepared, as you often do for new games nowadays. Here’s everything you need to know about what the install size of Dragon Quest Builders 2.

You might be surprised to hear that the game’s install size is actually really small. If you played the first game, you might remember that the initial size was only just over 1GB, and it’s not a lot more for the sequel.

On PlayStation 4, which is what we’ve been playing the game on, the install size is only 2.54 GB, including the day one patch that you’ll need to download to get access to all the new features.

We don’t know the exact size of the Nintendo Switch version just yet, but it’ll likely be around the same figure, if not lower. Switch file sizes are often lower than those on the more powerful consoles, but there’s not much room for a reduction here.

Either way, you won’t have to worry about have much free space you have on your hard drive, no matter which console you’re playing Dragon Quest Builders 2 on.

Of course, that figure could increase following the game’s release, once more patches are added and new features come out, but it’s unlikely that the install size will ever hit a high figure.