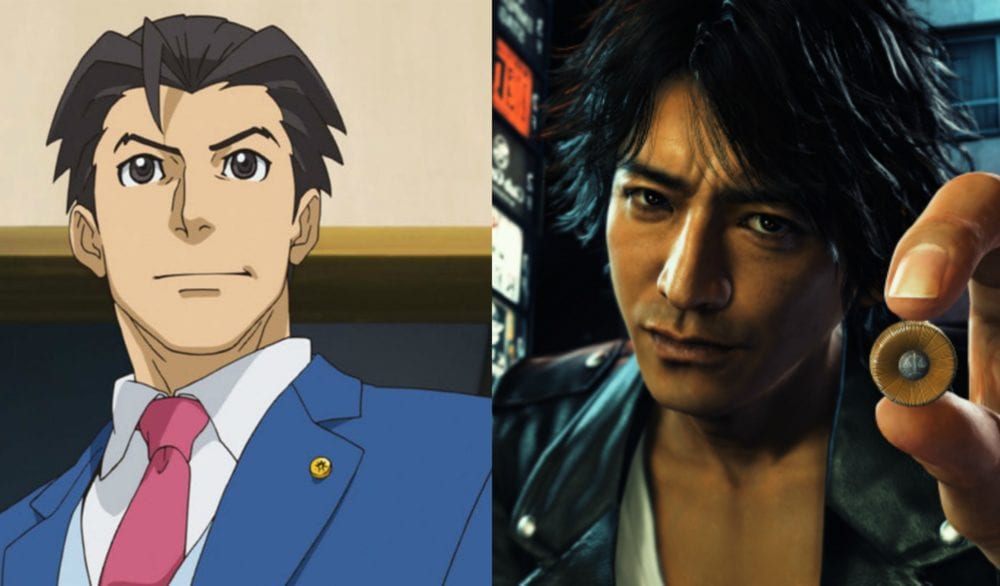 I’ve always been on the sidelines when it comes to the strange series that is the Yakuza games. The idea of exploring a section of Japan and partaking in strange and entertaining side activities always sounded like a good time, but I never took the plunge and jumped into the franchise, until now.

I was always afraid of how to get into the series, not sure if I should start off with Yakuza Kiwami, Yakuza 6, or a different spin-off/remaster –it’s intimidating! But with Judgment now out for PS4, I was recommended to start with this new spin-off that takes place in the same world as the Yakuza games, Kamurocho.

I knew literally nothing about the game besides the fact that you play as a detective, Takayuki Yagami, who used to be a lawyer. As someone who is a fan of any video game that revolves around investigating crime scenes, questioning witnesses, and presenting cold hard evidence to people, I was all-in.

The premise of Judgment reminded me of a somewhat modernized take on one of my favorite Capcom series, Ace Attorney, and I figured why not jump into this game to start off my eventual playthrough of all of the Yakuza games.

After playing the first few opening hours of Judgment, it feels like a fresh and modernized take on Ace Attorney, if you throw in a slightly open world, zany side activities/cases, and a hilarious combat system with wonky physics that’s just impossible not to laugh at (in the best way possible).

Judgment doesn’t take long to throw you right into the action, as the opening mission of the game requires you to fight plenty of bad guys on the street, stalk a guy that owes a ton of money, and then proceed to chase him down in a really fun running sequence with quick time events and all.

I know, this doesn’t sound anything like the Ace Attorney games but hold on, there’s more. Once you get into the nitty-gritty of one of the first big cases in the game, you will start to encounter these first-person exploration modes that let you take a closer look at crime scenes, dead bodies, and much more.

You also get to question suspicious people surrounding the crime and you’ll be rewarded if you ask the best questions and respond correctly. There will be moments when you’ll be asked to show off a piece of evidence that contradicts the witness’ statement, pulling off a sweet “OBJECTION” type of moment that you’ll find in Ace Attorney.

I don’t remember the last open world game that I’ve played that had investigation sequences and deep cases to uncover as you do in Judgment. L.A. Noire and Murdered Soul Suspect are two “bigger” games that I can think of that played around with mechanics like that, but it’s been a long time.

As a huge Ace Attorney fan, I can argue that the series has begun to feel quite stale and dated. The courtroom antics and ridiculous cases are always something worth speaking about, but I don’t think we’ll ever get a full-blown 3D iteration of Ace Attorney from Capcom and that’s unfortunate.

But if you’re like me and fancy the idea of playing a detective in Japan that solves cases and murders and such, then I can highly suggest that you check out Judgment, even if you’ve never been interested in the Yakuza games.

The cases, characters, side activities, and the setting of Kamurocho makes this game feel so rich and entertaining, almost a spiritual modern successor to Ace Attorney or something along those lines.

Judgment will be available on PS4, physically, on June 25. Although, you can download it right now thanks to the game being available digitally a little bit early.

You can read our glowing review right here from our resident Yakuza expert, Hayes Madsen, to see why it’s so good and if you’re playing the game now, you can check out our wiki guide right here.