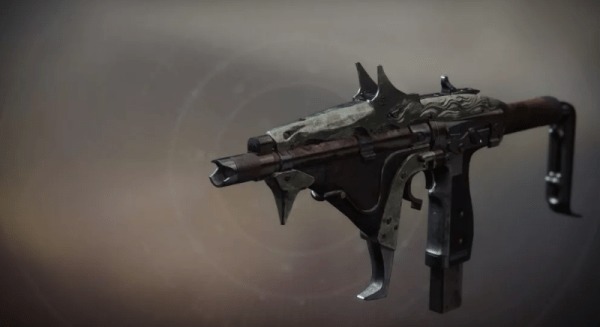 The Season of Opulence has finally kicked off in Destiny 2, which means there’s new content to dive into, new weapons and armor to grind for, and a brand new raid to go along with it. Here’s how to get the Tarrabah Exotic Submachine Gun in Destiny 2.

How to Get the Tarrabah Exotic SMG in Destiny 2

The Tarrabah is one of the new Exotic weapons included in Destiny 2’s Season of Opulence, and it’s definitely a weapon you’ll want to get your hands on, especially with how great SMGs are performing in the meta right now.

The good news is this Exotic weapon isn’t tied to some complicated quest line –one that requires you to get a certain amount of precision kills in Crucible, beat the Nightfall within a certain time limit, or anything like that. Obtaining the Tarrabah is actually pretty straightforward.

The bad news? Getting this weapon is heavily reliant on RNG. To get the Tarrabah, you need to defeat Gahlran in the new Crown of Sorrow raid in Destiny 2. After defeating him, you’ll have a chance of getting the weapon to drop in the treasure chest.

Just like all raid chests in Destiny 2, these are bound to a weekly reset so if you fail to get it this week, you’ll need to wait till next week to try again. If you have alternate characters with high enough Power levels to attempt the raid, you’ll have three chances per week to try to get the Tarrabah. If not, you’re out of luck.

So what’s so great about this new Exotic SMG? Well, it deals insane damage thanks to the Exotic perk Ravenous Beast. The perk description is as follows:

“This weapon stores power when dealing or receiving damage. Once full, hold reload to unleash the beast.”

It’s also paired with the Bottomless Appetite perk, which makes it even more powerful. The description is as follows:

We’ve also listed the Tarrabah’s curated rolls down below:

That’s all you need to know about how to get the Tarrabah Exotic SMG in Destiny 2. Be sure to search for Twinfinite for more tips and information on the game.